Many individuals have speculated about what would occur if predators took on other predators. More specifically, how would a pitbull do in a battle against a wolf?

Both breeds are well known to be strong, powerful, and aggressive. Keep reading to find out.

If a pitbull goes to war with a wolf, most likely the wolf will defeat the pitbull. However, the pitbull will not go down easily. The pitbull will put up a strong fight. Hands down, the pit bull would be no match for its wild cousins known as the wolves. Even though the pitbull is very aggressive and strong, it cannot stand up against the power of a wolf. 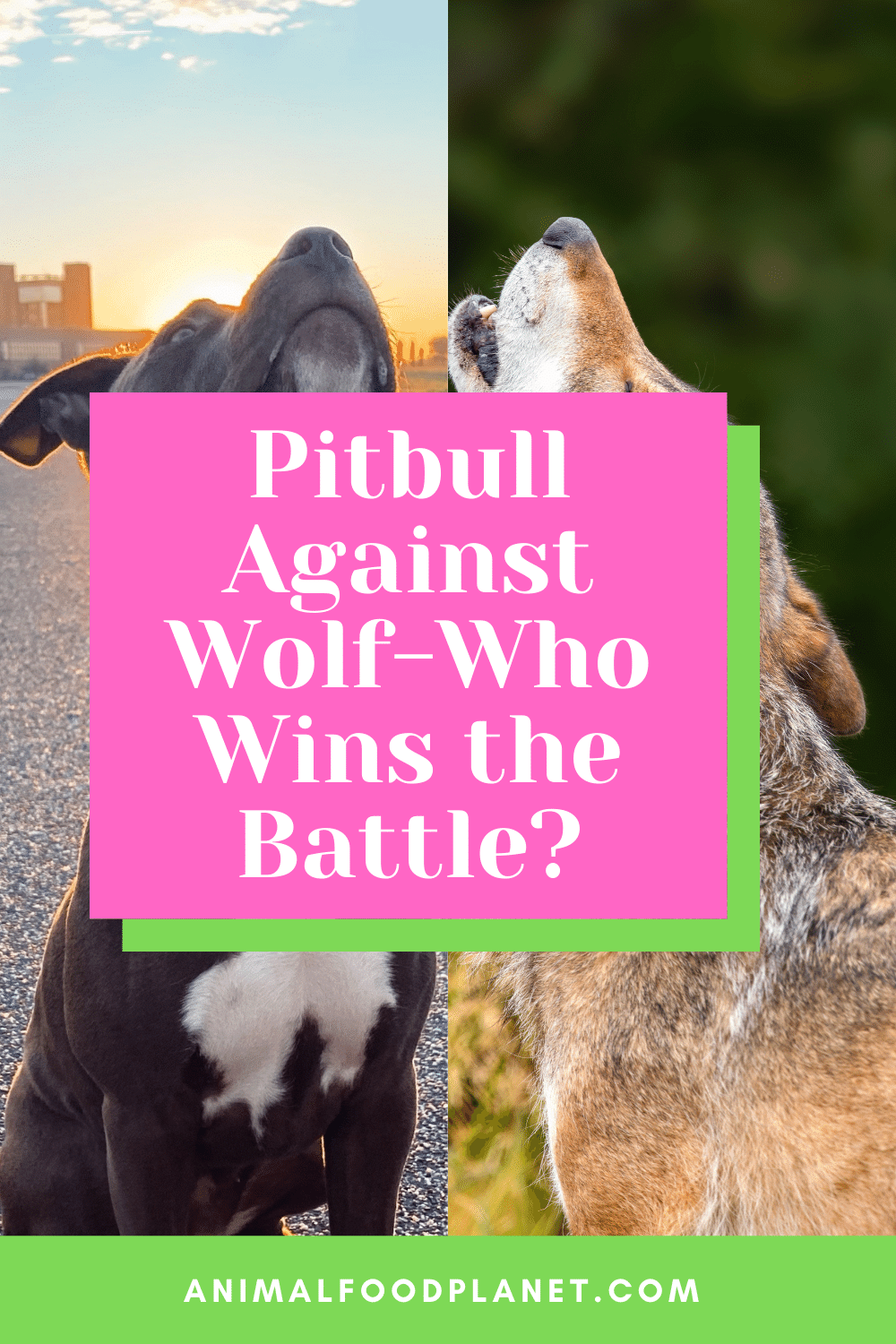 Pitbull Against Wolf-Who Wins The Battle

Wolf vs Pitbull – An In-Depth Analysis

Reasons Why the Wolf has the Upper Hand

First of all, wolves have a much stronger bite than pitbull. The international Wolf center states that a wolf can assert approximately 390 lb of pressure.
And that is just in one single bite.
To be more precise, that’s enough pressure to go through a moose’s femur right down to its marrow.
That is one heck of a bite. A pitbull’s bite is about three times more powerful than any dog bite, including the mighty pitbull.
A pit bull bite is not something you want to go through. Wolves have a top speed of 40 miles per hour. They are amazingly fast animals.
If a wolf was to chase down a pitbull, there is no way the pitbull would have the ability to outrun the wolf. Hands down, the wolf is much faster than a pit bull.
When it comes to speed, a wolf has it over a pit bull. Wolves can run at lightning speed. 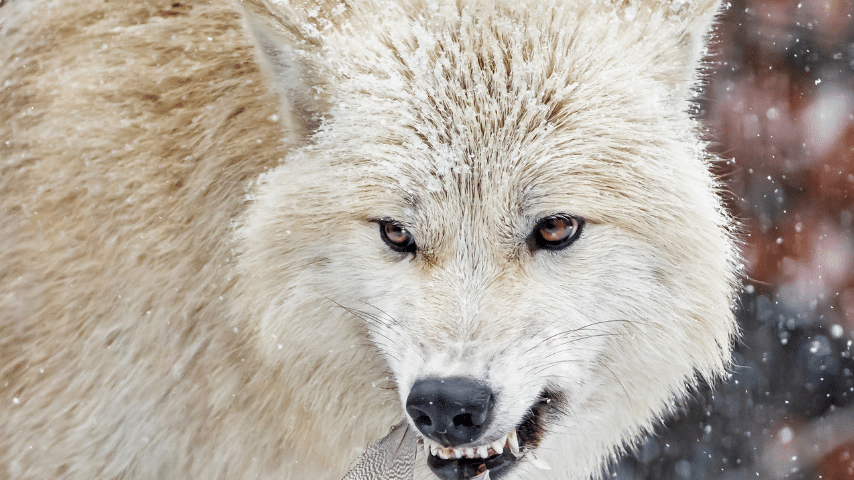 Even though a pit bull is a very strong breed, the wolf is even stronger. And when you combine their speed along with the power of their bite, the wolf would most likely defeat the pitbull.

That is what the experts say. It is important to understand the hunting tactics of a wolf. A wolf hunts only in packs.

If a pitbull was to meet up with a lone wolf, the pitbull may be able to hold its own. It just depends.

But, if alone Pitbull meets up with a pack of wolves, it doesn’t stand a chance. They’d have a slim probability of fleeing the wolf pack and a good possibility of being defeated.

There is always more power in numbers. The more you have, the more strength you have.

In a one-on-one fight, the pitbull would exhibit his own set of strengths. A pitbull has some punch to its pack. Pitbulls also have a very strong bite.

They are also much heavier than a wolf. A pitbull might be able to hold its own in a one-on-one fight with a wolf.

In this scenario, it might come down to the animal’s experience with fighting and some luck. Especially, if the pit bull was a trained attack dog.

The pit bull breed has been genetically designed to be a war machine. Add that to people training them to be fighters, and you have a killing machine. 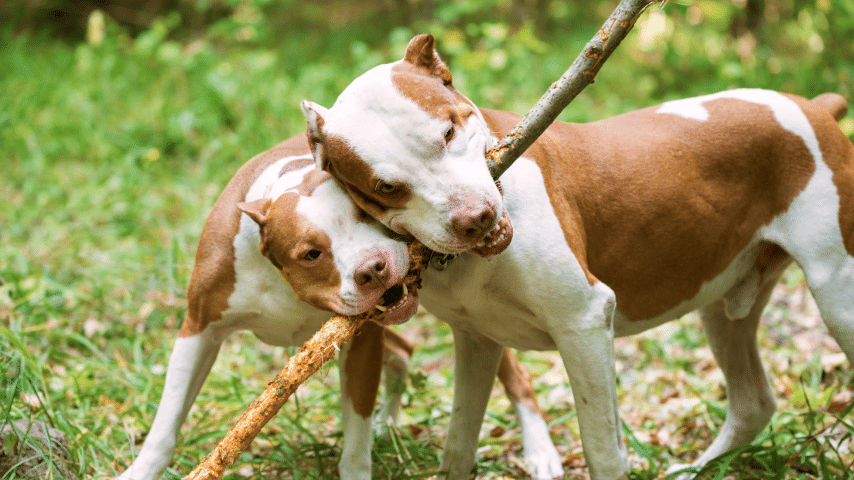 Wolves are very sociable creatures. They dwell in small groups. These are their family groups. The family may be large and consist of parents, siblings, and, uncles and siblings.
The breeding alphas of a wolf pack are a linked pair. They are the pack’s kings and queens. The gestation period for a wolf pup is 63 days.
The pups are typically kept underground for survival. The bond of a wolf family lasts a lifetime. A wolf pack’s size is determined by its location and the size of its prey.
A large pack of wolves consists of more than 20 wolves. A tiny pack of wolves can only have two members at a time.
The average size North American gray wolf can weigh up to 130 lb. It stretches out for 6 ft. Female wolves tend to be about 20% tinier.
The fire of a wolf has two layers. The rich undercoat insulates against the elements. The outer guard hairs shed water to keep the wolf dry.
Wolves tend to roam over large areas and are designed for distant running. They have large paws, which makes it easier to travel through snow.
Wolves are top-level carnivores with very large teeth and a strong bite force. 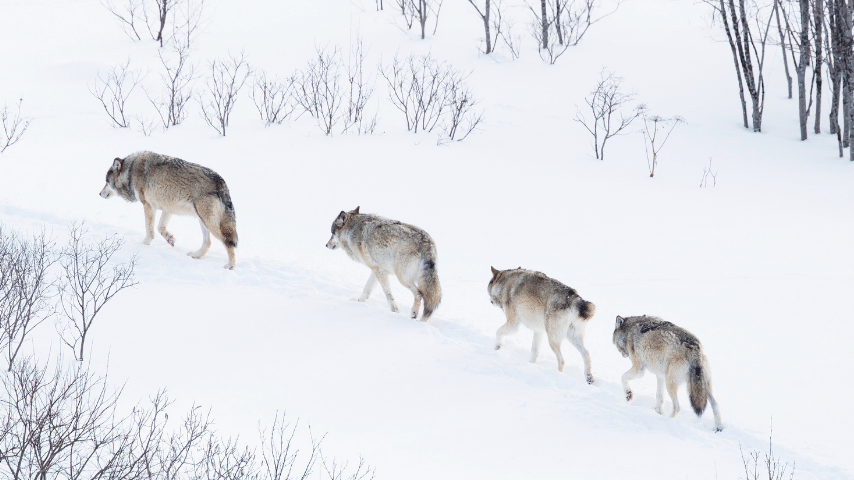 Although some countries have banned the Pitbull breed, if you speak with an American Pitbull terrier owner, you’ll get a whole different picture of this breed.
Pitbulls have gotten a bad reputation. That is because many people train them to be fighter dogs. Most owners who did this tended to be either drug dealers or criminals.
This is how the Pitbull developed a bad reputation among dog breeds. Today, this is illegal. Pitbull owners will tell you that they are affectionate and incredibly friendly.
They also are good with children. This breed just needs to be trained and socialized properly. It is a very powerful dog. The pitbull also has a jaw bite that does not let go.
The Pitbull breed is an extremely active one. They require a way to direct their energy. If they don’t, destruction can occur. Training is very necessary with this breed. 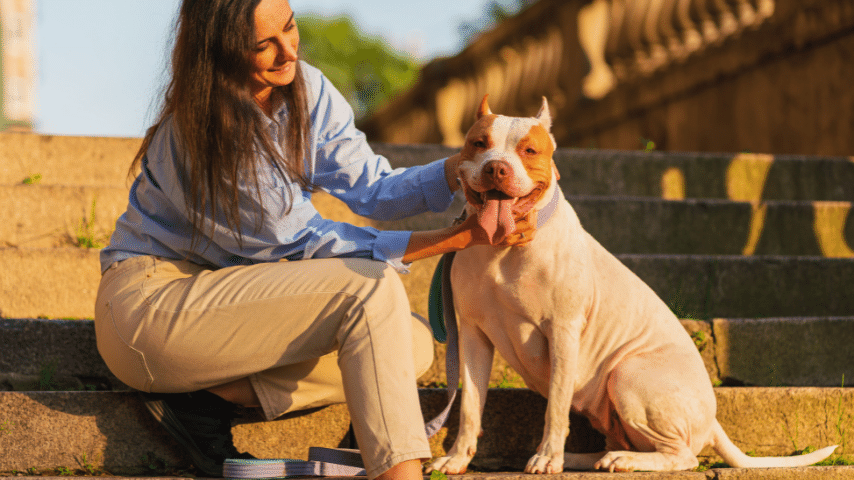 Frequently Asked Questions about Pitbull Against Wolf-Who Wins the Battle?

Wolves are only usually aggressive with domestic dogs. They are very wary of humans. By nature, wolves are not aggressive. The likelihood of encountering a wolf in the wild.

Pitbulls have gotten a bad rap. Each dog is different and not a breed. If a pit bull is trained and treated properly, there is usually no aggressive behavior. They are just like other dogs.

Conclusion About Wolf vs Pitbull

For the most part, if there is a fight between a pit bull and a wolf, the wolf will reign as the winner.
This is because of its strength and force.
The wolf is heavier and has a more powerful bite.
The wolve’s bite is about 400 PSI, while a pitbull’s PSI is only 235.
Plus, wolves can weigh up to 170 lb, while a pitbull weighs up to 60 lb. Likely, it will be a TKO for the pitbull.

This is Marcel, the researcher, and author behind the animal articles you have stumbled upon. Writing about animals is something I love and enjoy. I have always loved animals. In my childhood, I had cats and multiple greek turtles. My passion for animals obviously did not stop there, though! That said, I truly hope that these articles answer some of the questions that you may have about animals. I made it my mission to dive deep into the animal kingdom and provide the best answers to animal-related questions as well as thorough animal care guides.

This is Marcel, the researcher, and author behind the animal articles you have stumbled upon. Writing about animals is something I love and enjoy. I have always loved animals. In my childhood, I had cats and multiple greek turtles. My passion for animals obviously did not stop there, though! That said, I truly hope that these articles answer some of the questions that you may have about animals. I made it my mission to dive deep into the animal kingdom and provide the best answers to animal-related questions as well as thorough animal care guides.