The conversation revolving around Pitbulls and pitbull-type dogs can get incredibly heated and argumentative depending on who you’re talking to.

Advocates of the breed insist that they’re safe, while those that campaign for ridiculous breed-specific legislation say there’s no way Pitbulls should be allowed near anyone, let alone small children and other animals.

Those of us who’ve owned a pitbull or a pitbull-type dog know exactly how amazing these dogs are, despite the negative media attention that they receive.

In this article, we’ll discuss what does a pitbull looks like, along with which dog breeds actually fall into the category of the loose term of “pitbull”.

Pitbulls typically have wide mouths that make them look like they’re smiling, blocky heads, and ears that tend to stick out sideways. Some owners have their ears cropped, but this is unnecessary and for aesthetics. Pitbulls can be short and stocky or tall and lanky, depending on the breed or mix.

The Breeds Considered a Pitbull

There are various breeds considered to fall under the category of pitbull. Many dog owners and rescuers will refer to a mix of these breeds, or one of these breeds mixed with another breed, as a pitbull.

For example, you might come across an American Bulldog/Lab mix at your local shelter, and because that dog has characteristics true to a pitbull, it will likely be labeled as a pitbull/lab mix. 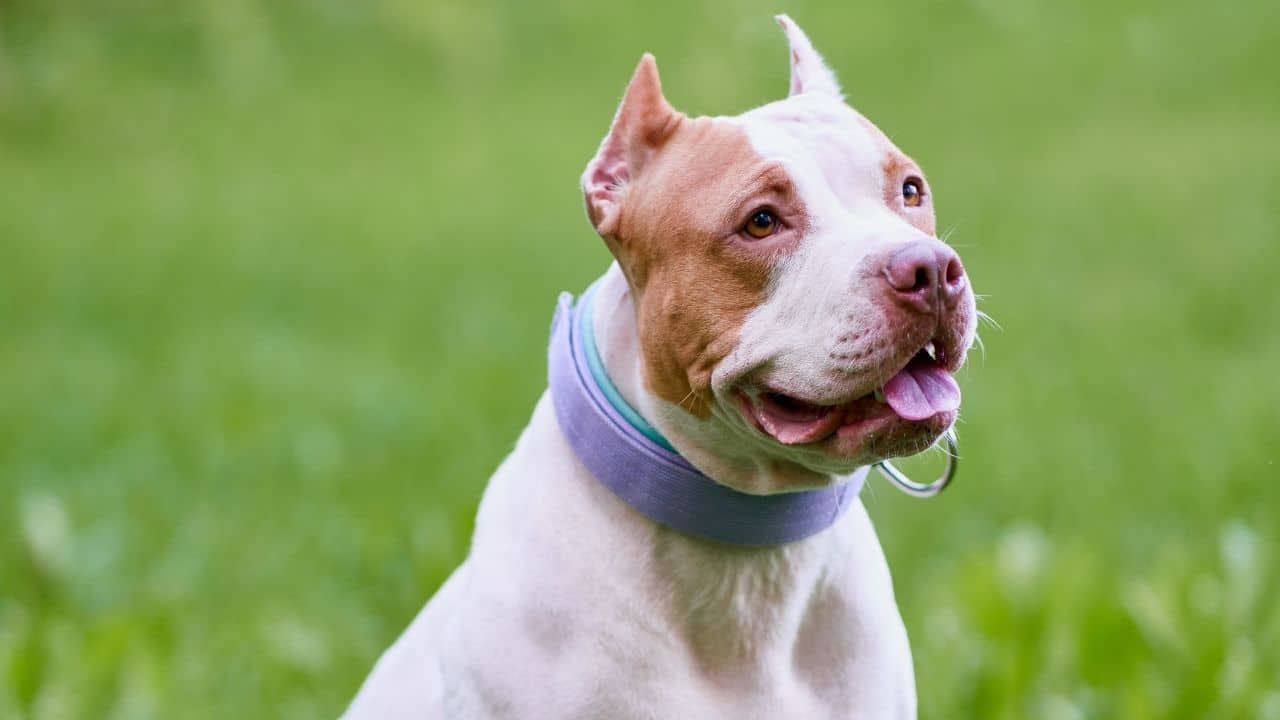 American Pitbull Terriers typically have long tails, blocky heads, but a narrower snout than a Staffordshire Terrier or Bull Terrier.

American Pitbull terriers can have ears that stand out to the side, or flop down along the sides of their heads. They can be any color, ranging from black and deep gray (also known as blue), to light brown and white. 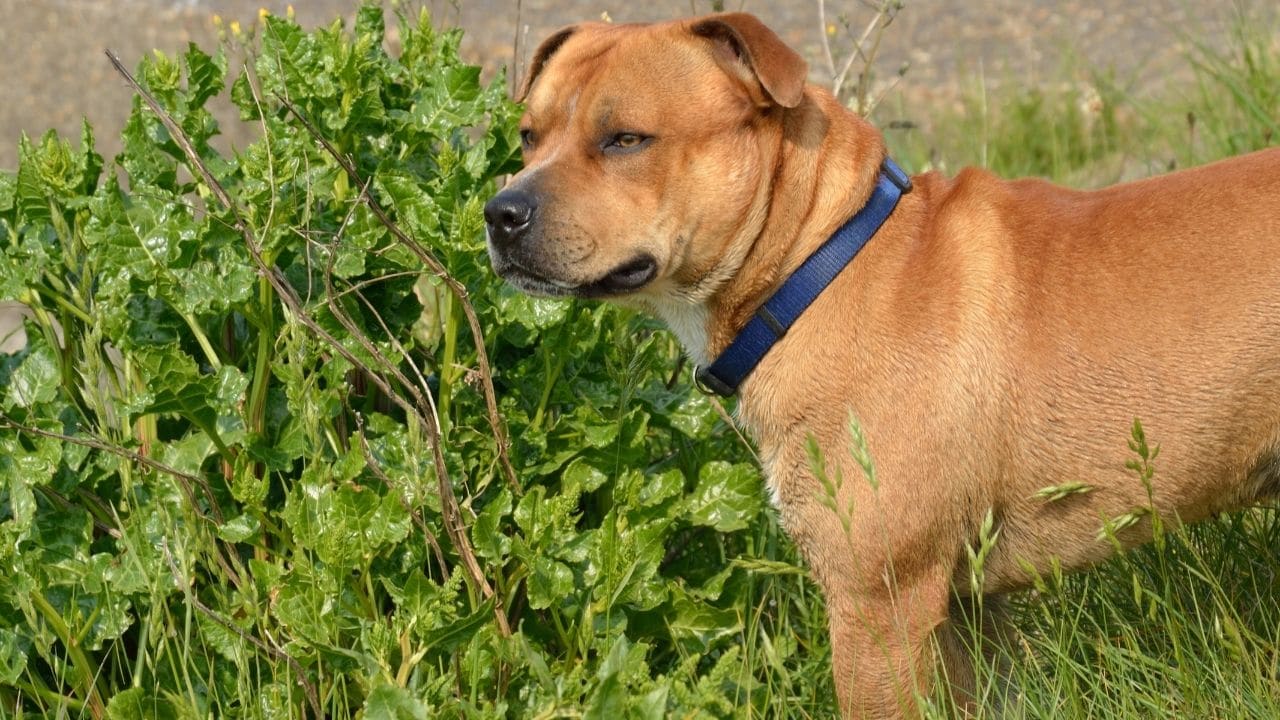 Staffordshire Terriers are likely what you’re thinking of when you hear the term “pitbull”. They’re broad and stocky, and from far away, they look a bit like a walrus that made its way to land.

They’re super cute, funny, and protective, and with the right training and socialization, they make a great family dog.

Staffies often have their ears cropped, for vanity’s sake only, since such practices are not necessary for any dog. They have large, wide mouths, quite a bit of drool, and thick necks.

They come in various colors, and despite their stocky appearance, have a lot of energy! 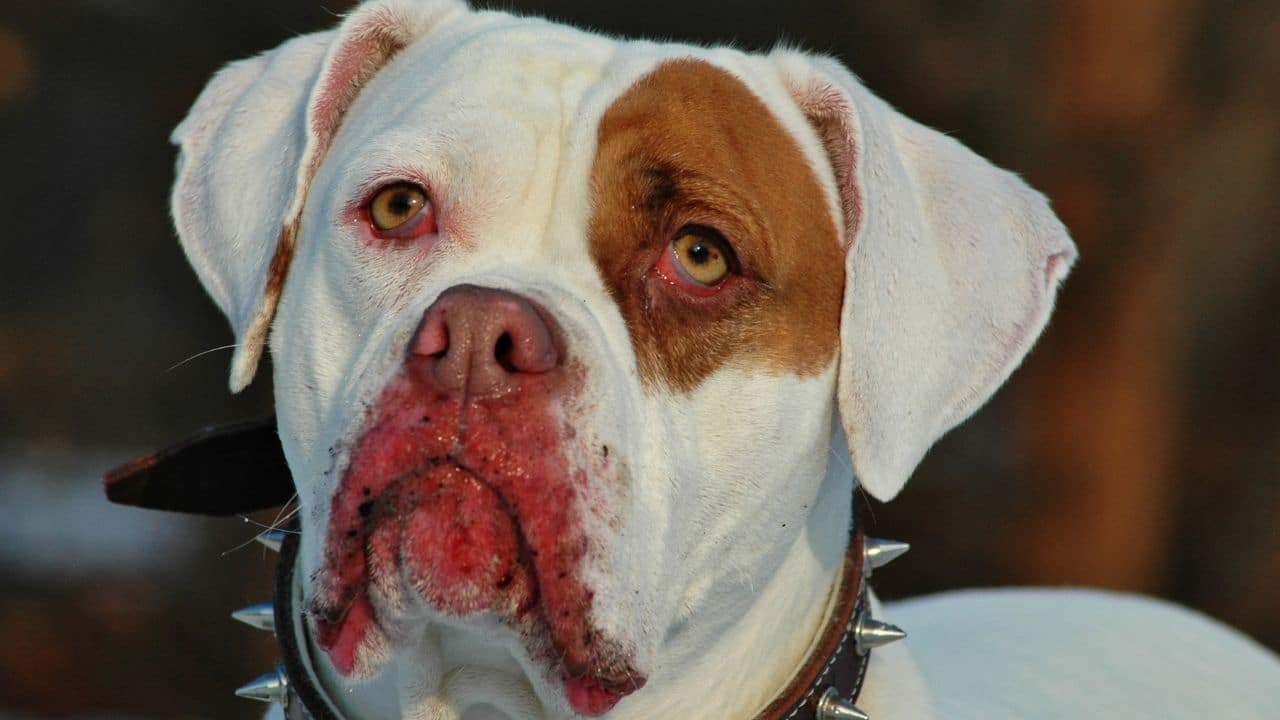 Like American Pitbull Terriers, they are on the taller side, but unlike the typical American PBT, American Bulldogs can grow well over 100 pounds.

American Bulldogs have a flatter snout than American Pitbull Terriers, kind of like Staffordshire Terriers, only much taller.

American Bulldogs are athletic and fun, and unlike English Bulldogs, which are not considered Pitbulls, they have a lot of energy and enjoy going for walks and playing fetch. 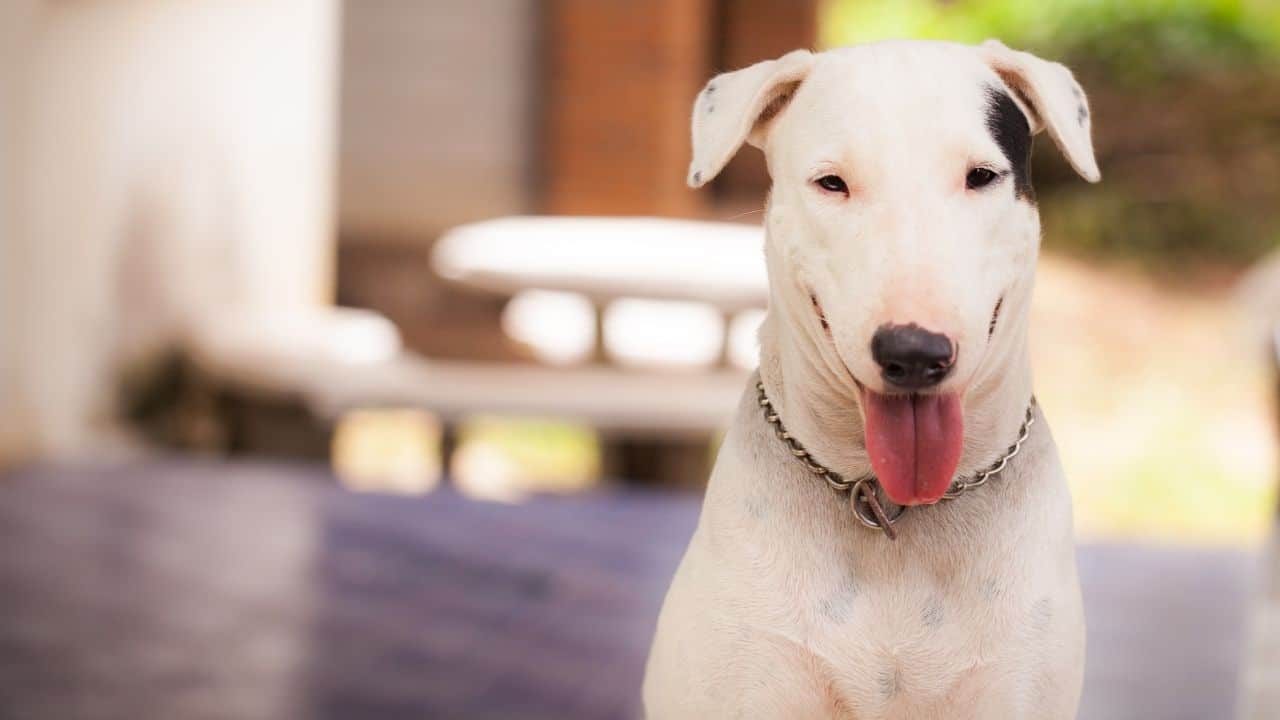 Bull Terriers come with a hefty price tag, but they shot to popularity due to Target using a Bull Terrier for much of their marketing and branding content.

Bull Terriers are headstrong, like many other breeds considered pit bulls, but they do well in families and become calm as they get older. Bull Terriers are incredibly distinctive and friendly with those that they know, and they make a great pet!

Because the media raises questions about pitbull breeds every couple of years, the internet is always wondering what a pitbull looks like, and which dog breeds are considered Pitbulls.

Overall, it’s good information to have, especially if you spend a lot of time around dogs.

Frequently Asked Questions about What Does a Pitbull Look Like

Is a pitbull a breed?

A Pibull is not a breed, but rather a group of dogs that falls under that umbrella term of pitbull that describes dogs with blocky heads and wide jaws. An American Pitbull Terrier is a breed, but the use of the word pitbull generally refers to these specific breeds or a mix of them.

What breeds are considered Pitbulls?

All dogs can potentially be dangerous. Socialization, training and the way you interact with your dog all weigh heavily in how they react to stimulation and handle stressful situations.

While knowing what a pitbull looks like is good knowledge to have, it doesn’t give you the power to point out a dangerous dog from a friendly one.

The breed has very little to do with mannerisms and personality, and it’s crucial that all dog owners understand this fact.

However, to successfully point out a pitbull, look for blocky heads, wide, smiling jaws, and sloppy kisses!