Statistics show that pit bulls are the kind of dog most responsible for dog bites in America. This has made them banned in many places.

However, pit bulls are a type and not a breed of dog. This is confusing since there is a breed called the American Pit Bull Terrier.

Confusion Over the Term Pitbull/Terrier

A pit bull is a type of dog rather than a breed, although there is a breed called the American Pit Bull Terrier. This has led to dogs being misidentified as pits bulls when they were not, based solely on their looks. Even people who work with dogs every day misidentify dogs as pit bulls.

What a Breed is

Pit bulls were bred to perform a function — fighting other dogs. What they looked like didn’t matter to these breeders, although a certain physical type developed over the centuries.

When two pit bulls are bred, it can be hard to predict what the puppies will look like.

In general, pit bulls are not a breed in which there is no physical standard, so there can be a lot of variation in what they look like. 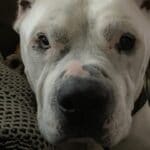 When two dogs of a breed mate, the temperament, looks, and even health problems are predictable.

Although there is variation seen in individuals of a breed, dogs that are too different from the breed standard are usually not bred, so they cannot pass on their different traits, so over time individuals in a breed look more and more alike. 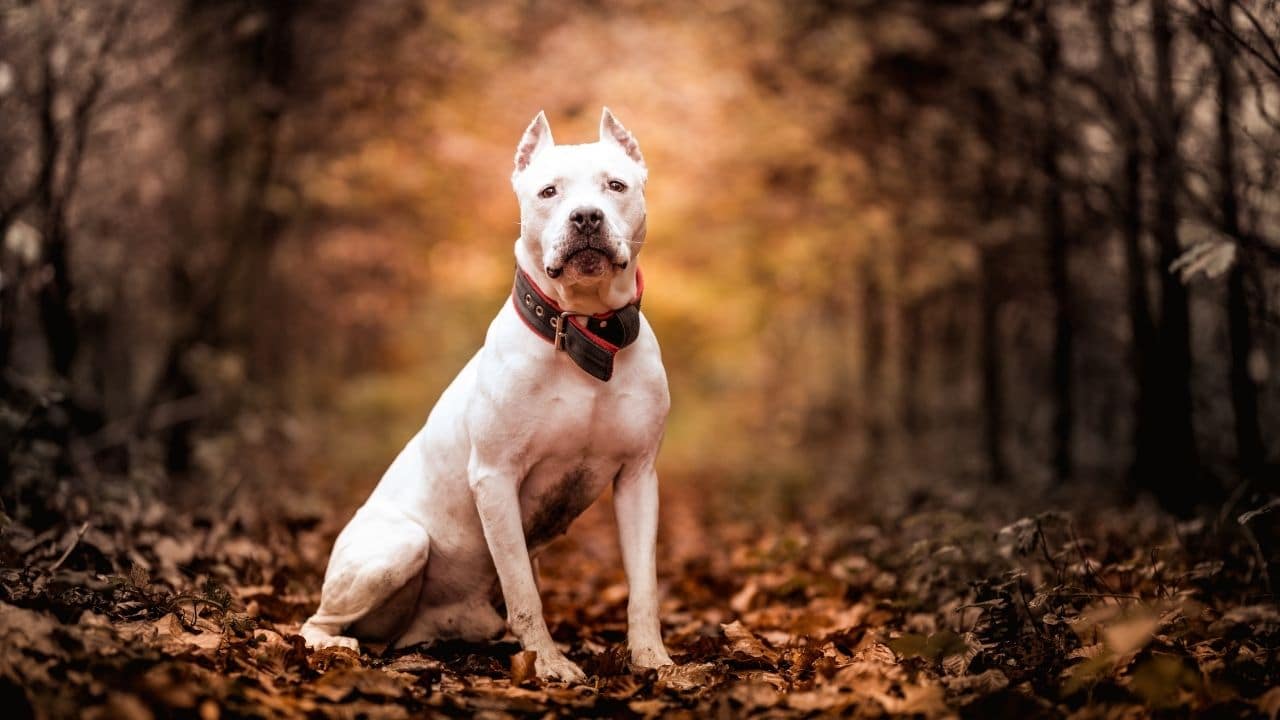 Things get more confusing when you look at the American Pit Bull Terrier, or APBT. As their name suggests, they look like pit bulls.

The members of this breed look alike, except for coloration and slight differences in height and weight. They descend from fighting pit bulls, which in turn were created by crossing bulldogs with terriers.

This breed is not recognized by the American Kennel Club, the most influential kennel club in America. The AKC has never wanted to be associated with dogfighting, so they never want pit bulls in their ranks.

However, they have recognized breeds that look like pit bulls or descended from pit bulls. Some smaller breed associations recognize the APBT.

APBTs are considered pit bulls by laws banning pit bulls, even though the APBT has been bred to be friendly for many generations.

The pit bull type is a short-haired, broad-chested dog with semi-floppy ears (if they have not been cropped) and a broad, square face that seems to smile when the mouth is open.

Although the dogs are often medium-sized, dogs that are taller, smaller, longer, have different sized noses or sport longer hair have been given the label of pit bull.

Since pit bulls are so feared, they are banned in many areas. They’re also less likely to become adopted from shelters, according to a 2016 study. 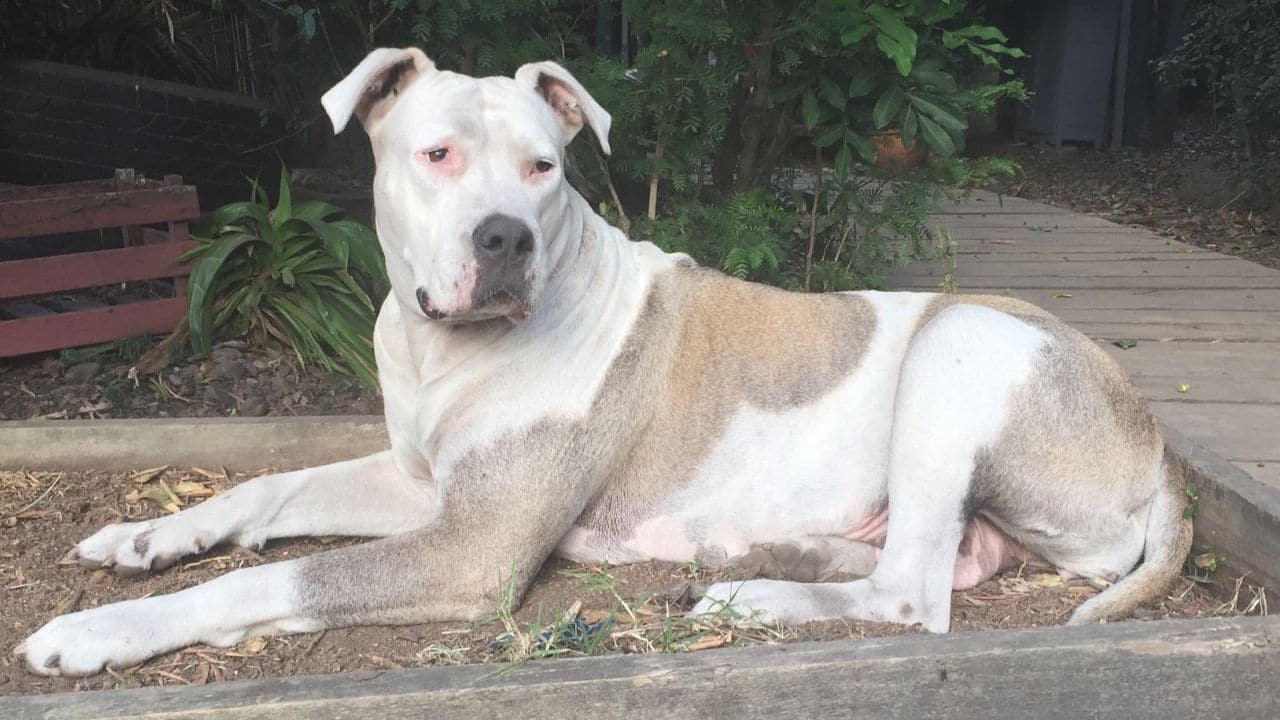 They are often mostly white and have longer legs and somewhat shorter muzzles than the stereotypical pit bull. 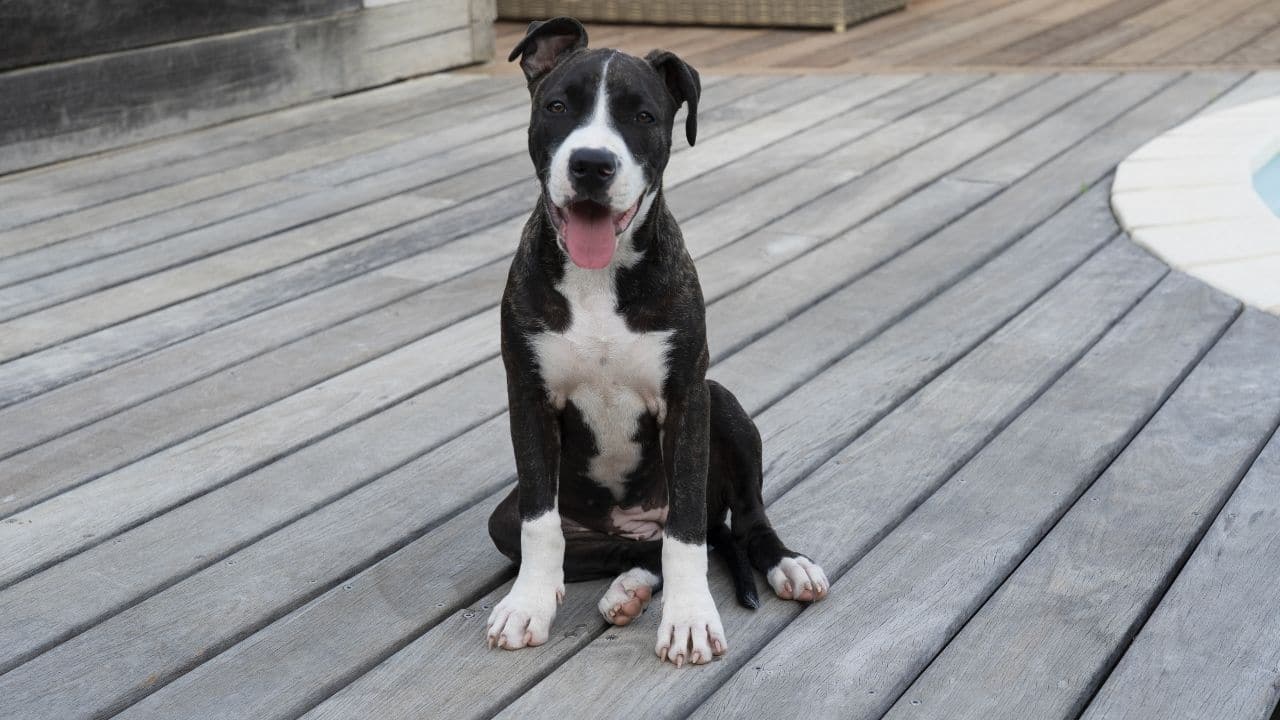 This breed is shorter and squatter than the stereotypical pit bull. They descend from pit bulls.

Since the AKC refused to recognize pit bulls as a breed, owners of these dogs came up with a cool new name, borrowing the name from a newly-recognized breed in the UK (see below.)

The “American” part of the name was added when the Staffie breed was recognized by the AKC. 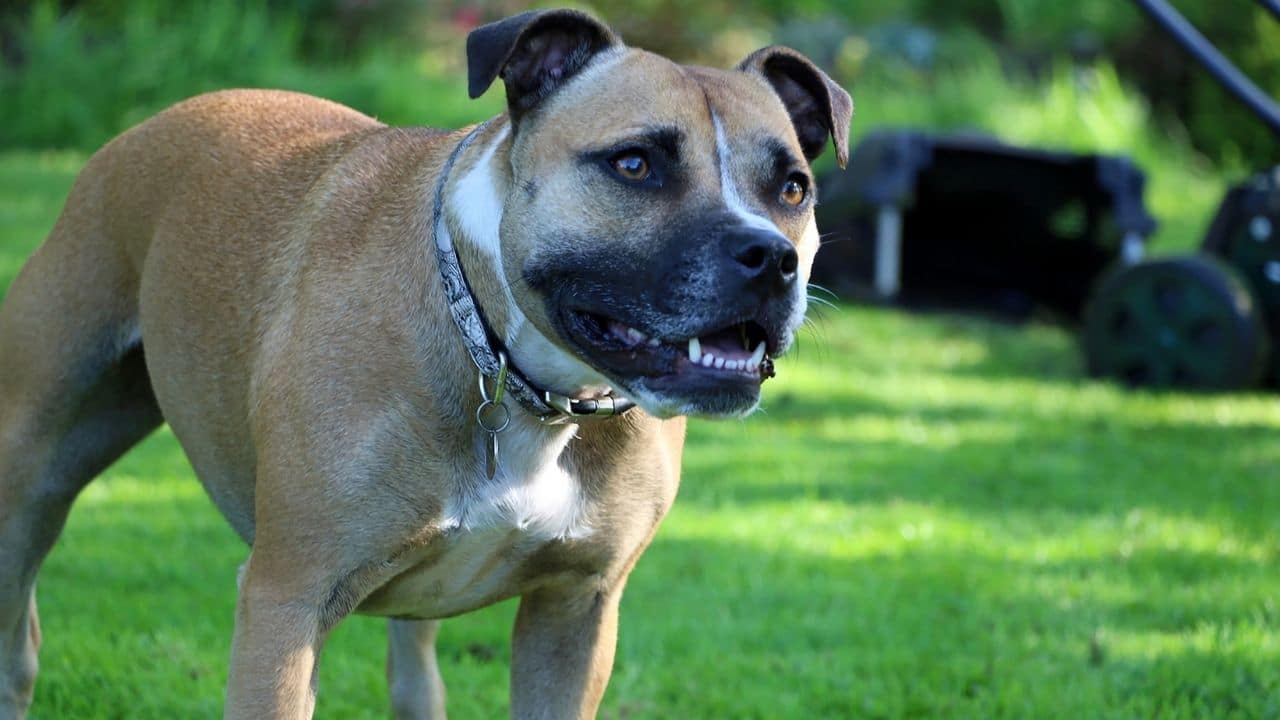 Also called the Staffie, this is a very people-friendly breed that appears to be a smaller pit bull.

They descended from fighting pit bulls. 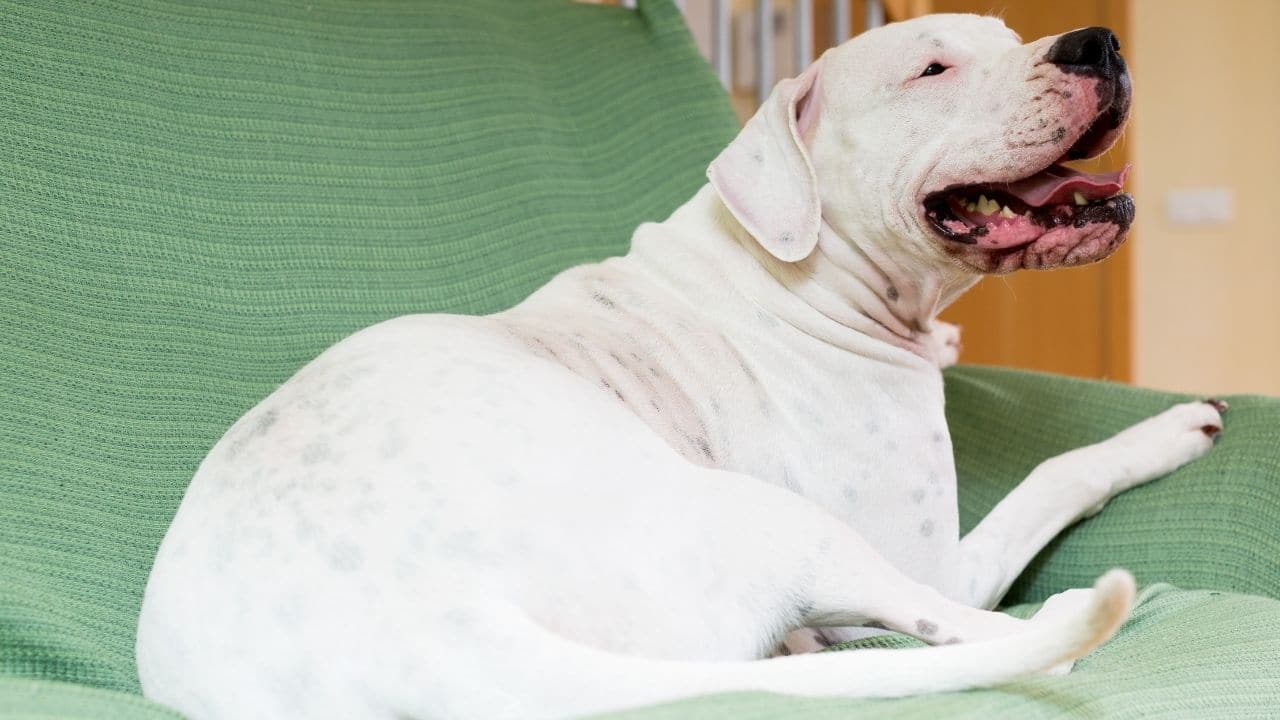 A rare breed that looks like a long-legged white pit bull. They were bred originally to hunt in packs but then became guard dogs.

Many places around the world have banned this breed because they have an ill-deserved reputation for viscousness. 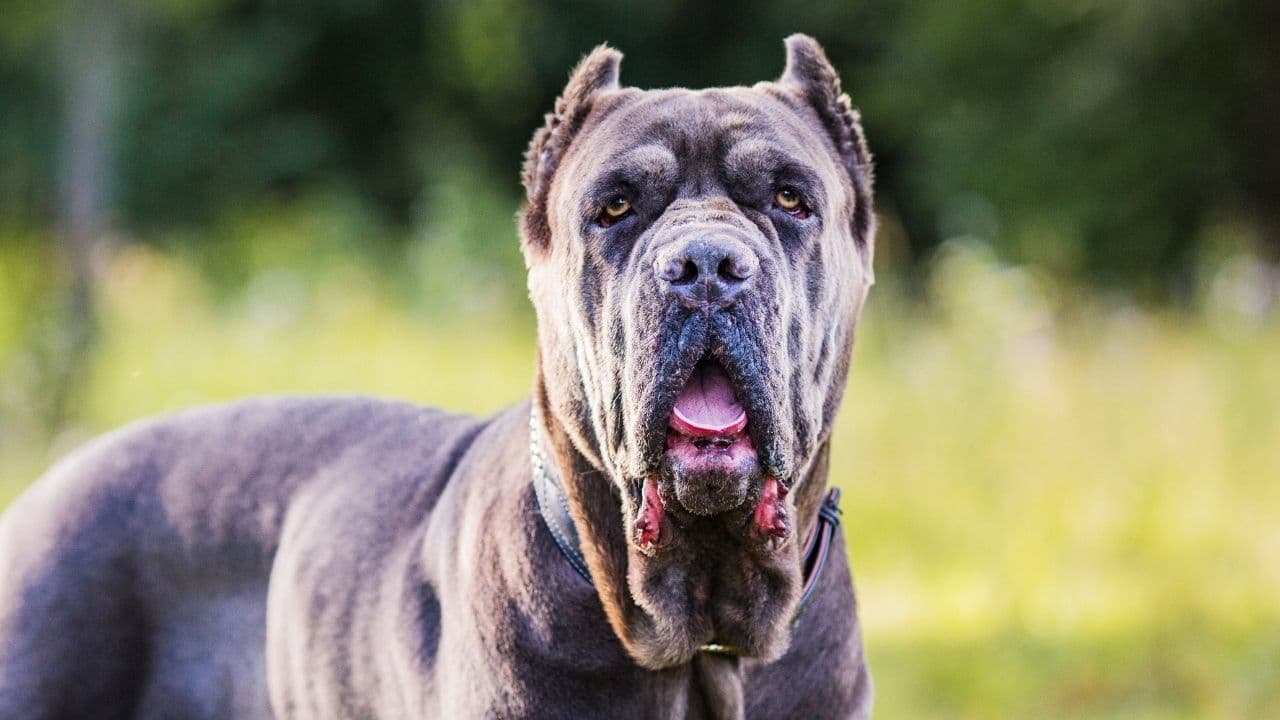 They were bred to be guard dogs for livestock, property, and people. They look like very large pit bulls with wrinkled faces.

Combinations of breeds, especially those with Labrador, boxer, bulldog (aka the Bullypit), or Staffy blood, can produce dogs that look like pit bulls.

Some even breed American Bullies with pit bulls.

If you have read this far and are confused, you are not alone. Even professionals working with canines daily have problems identifying pit bulls from other breeds or mixed breeds.

This can have negative consequences for dogs that look like pit bulls, even having them killed. Statistics on dog bites rely on police reports, where the police are the ones who identify a dog as a pit bull.

This means it is possible that many other dog breeds are responsible for dog bites, and not just pit bulls.

Even shelter workers can misidentify a dog. A 2016 study by the University of Florida compared DNA test results for 120 dogs labeled as pit bulls by shelter workers and veterinarians working for the shelters.

Up to 48 percent of dogs were misidentified.

Frequently Asked Questions About Confusion Over the Term Pitbull/Terrier

Is Terrier Another Name for Pit Bull?

Like pit bull, the term terrier is a type of dog and not a distinct breed, although there is a breed called the American Pit Bull Terrier. Pit bulls are not considered true terriers. Terriers are small dogs with large personalities that were bred to hunt animals that live in burrows.

Will a Dog DNA Test Prove My Dog isn’t a Pit Bull?

Canine DNA test results are based only on breeds. Since a pit bull is not considered a breed, they are not part of any dog DNA test. Most pit bulls are mixes, so results from a DNA will show what breeds went into the mix, although some tests will include the American Pit Bull Terrier.

Pit bulls were bred to be aggressive to other dogs or animals, but obedient to people. They are not born aggressive to people, but if they are abused or are trained to attack animals or people, they will become dangerous.

Pit bulls are a type of dog rather than a breed, although there is a breed called the American Pit Bull Terrier or APBT.

Many mixed breeds and breeds like the American Bulldog and the American Staffordshire Terrier or AmStaff strongly resemble pit bulls.

[…] are various breeds considered to fall under the category of pitbull. Many dog owners and rescuers will refer to a mix of these breeds, or one of these breeds mixed […]