Wolves have captivated humans since the dawn of time. They’re the ancestors of all domesticated dogs on the planet, but they remain aloof and wild.

Poodles, on the other hand, are thoroughly domesticated animals that many people think of as snobby but are a smart and tough breed known for their loyalty to their owners.

Can these two very different animals create puppies together?

Poodle-Wolf hybrids exist or at least existed. Wolves and poodles can create puppies together, and they have. Most notably, Swedish scientist Erik Zimen used poodles when researching the behavioral differences between dogs and wolves in the 1970s. He observed wolves and poodles separately, then allowed them to mate and observed the behavior of the poodle-wolf hybrid puppies. However, wolf-poodle hybrids are very rare, and it is possible that none currently exist. 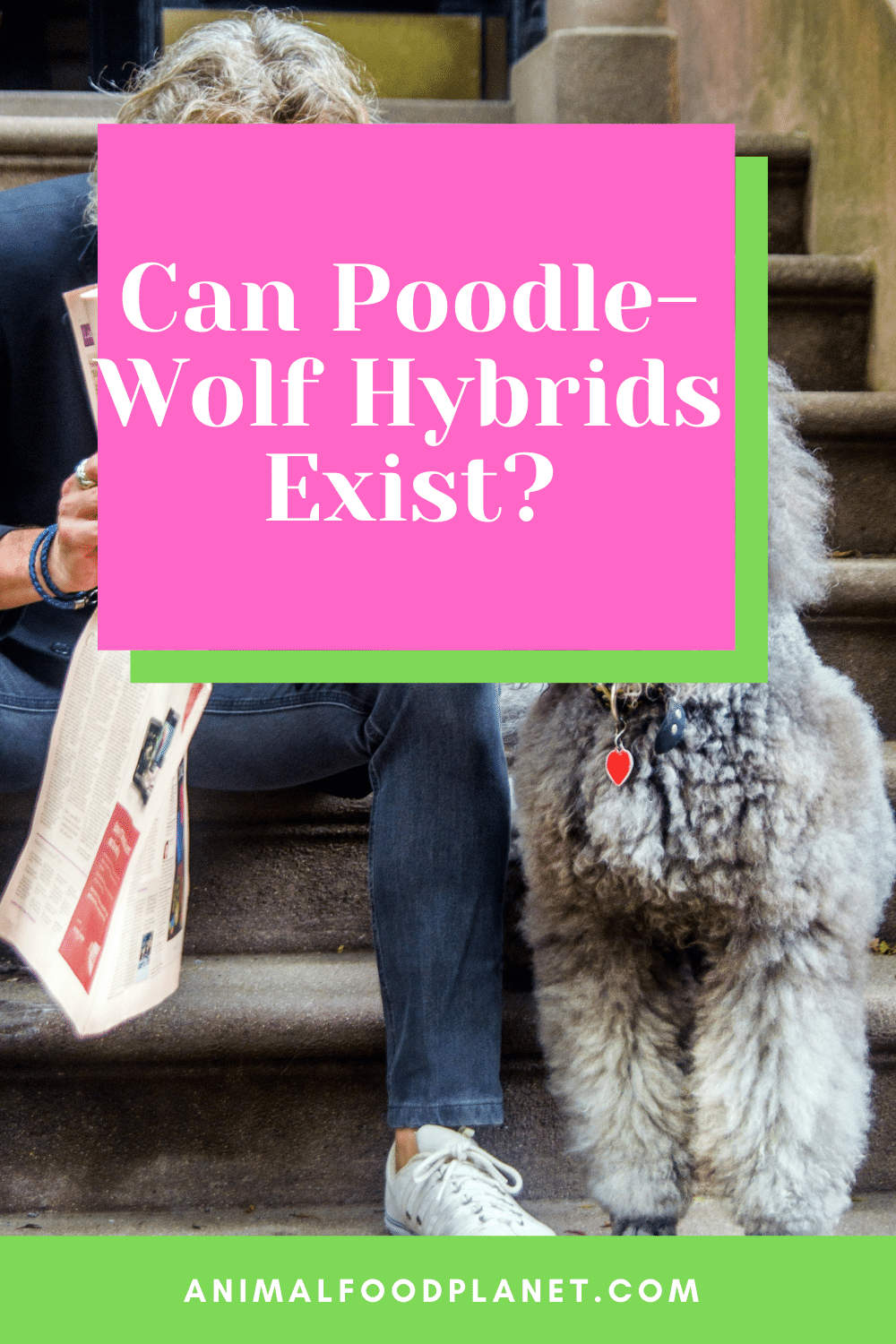 What is a Poodle-Wolf Hybrid?

As you may have guessed, a poodle-wolf hybrid is simply the offspring of a wolf and a poodle.

This may be the result of a pure wolf being bred to a pure poodle, but sometimes there may be other mixes in there as well.

Breeders of wolf hybrids often breed hybrids to dogs, which can help make the animals more suitable for living with people by reducing the amount of wolf genetics they have. 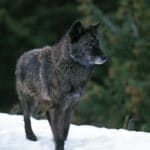 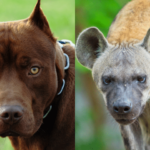 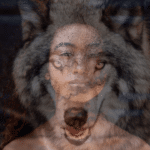 Poodle-wolf hybrids can look like either wolves or poodles, or a mix of both.

The ones created during Zimen’s studies had many poodle traits, such as floppy ears and a long, somewhat curly coat that requires grooming.

However, their bodies had many similarities to wolves, such as larger hindquarters and a heavier bone structure.

Hybrids can take on very different appearances, and there can be variations even within the same litter.

If you’re considering getting a wolf-poodle hybrid, it’s a good idea to meet the individual puppy to make sure you get one that fits your needs. 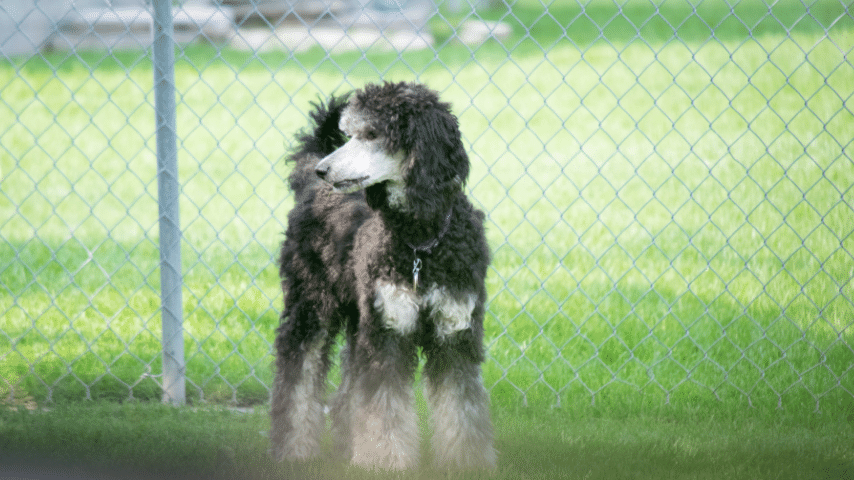 Much like their appearances, wolf-poodle hybrids can be very variable in their temperaments.

Some may exhibit more poodle traits, while others may be more wolf-like.

It’s important to understand the temperaments of both animals before discussing a hybrid’s personality.

While the popular perception of poodles is as a dog with a frilly haircut parading down the streets of a city, in reality, these are tough, highly intelligent dogs.

Originally bred to work as retrievers for waterfowl hunters, these dogs quickly gained popularity as companion animals due to their loyalty, friendliness, and easy trainability.

Poodles are very active dogs who need a lot of exercise and training to keep them happy, but their social nature makes them a great fit for families.

Most aren’t used for hunting anymore, but they excel at sports such as agility and rally. 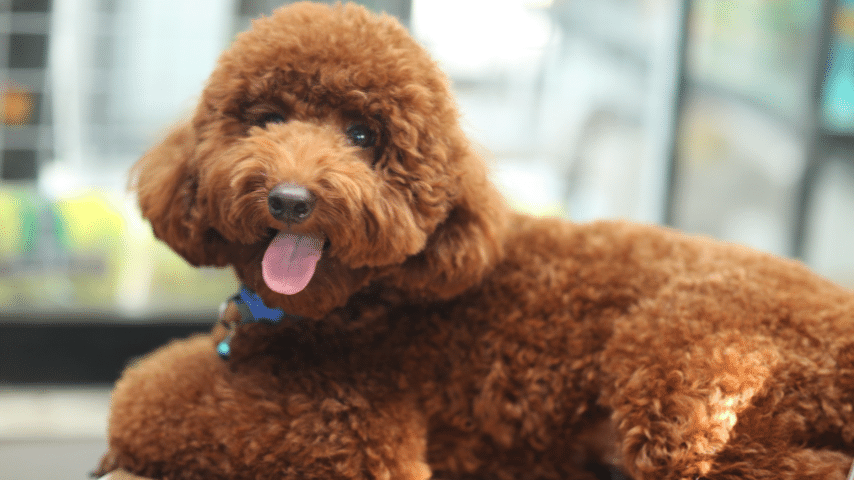 Unlike poodles, wolves are very aloof and can be quite aggressive. While they are friendly, loving, and playful with their family, they are still wild animals.

They’re also very territorial and may become highly protective of food and other resources, which can result in aggression if a person tries to take them away.

Wolves are somewhat trainable and are highly intelligent, but they don’t have the same desire to work with people that domesticated dogs have so are not very easy to train.

These animals are extremely clever problem solvers, which can be fun in some training situations but also makes them expert escape artists. 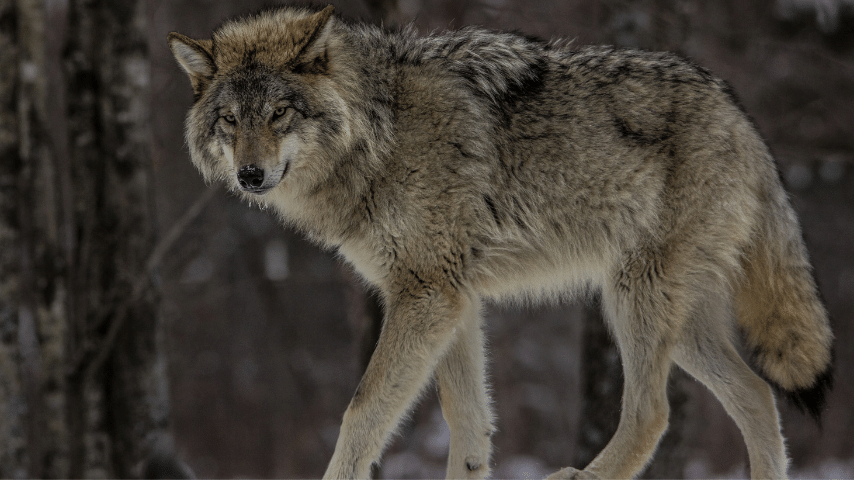 With such different temperaments in the parents, it’s hard to guess what an individual poodle-wolf hybrid will be like.

One thing that can be guaranteed is that it will be a very high-energy, intelligent animal that will require a lot of work to exercise and train.

Wolf hybrids in general often take on more of the wolf-like traits, so if you’re thinking of getting one, it’s a good idea to assume it may be wary and aggressive with strangers and sometimes with family.

These traits are usually less severe in hybrids than in pure wolves, but they may still be present.

How the dog was raised is another thing to consider. Since wolves are wild animals, their early experiences with humans are critically important to their future behavior.

Wolf hybrids are the same. They generally need a great deal of handling and training from the day they are born to make them friendly and comfortable around people.

Positive experiences are also important. Scared wolves or dogs tend to be aggressive, so if a poodle-wolf hybrid learns to be afraid of people, it may become very dangerous.

On the other hand, if it always has excellent experiences, then it is more likely to be friendly and safe.

Most experts recommend using reward-based, positive methods when working with wolves or wolf hybrids because of this. 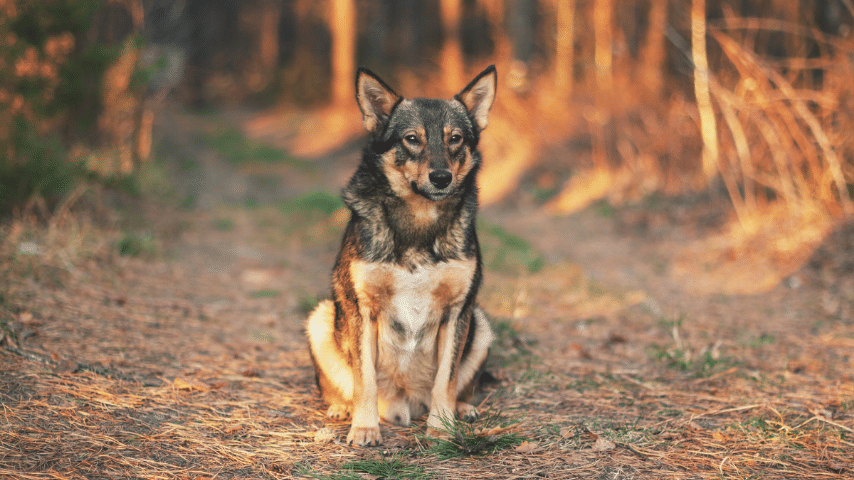 Poodle-Wolf hybrids do need so much exercise and mental stimulation, poodle-wolf hybrids need to be in a very active household, and they may not do well with young children or strangers. However, they are loyal and intelligent, so they can be great pets for the right person.

Poodle-Wolf hybrids are usually affectionate and playful with people they perceive as family, but they can be aggressive towards strangers. They can also be prone to selective aggression, such as territorial behaviors and resource guarding.

How Big are Poodle-Wolf Hybrids?

The size of a poodle-wolf hybrid varies depending on the types of wolves and poodles involved. Typically, they can range anywhere from 30 to 70 pounds.

Conclusion About Do Poodle-Wolf Hybrids Exist

Poodle-wolf hybrids do exist, and they’re interesting animals with a lot of variation between individuals.

While their intelligent and playful nature can make them fun pets in the right situation, their tendency towards aggression and unpredictability means that they aren’t suitable for every home.