How much does a Persian cat cost? People label cats as aloof, sophisticated, “please-me” creatures compared to their canine counterparts.

Unlike other cats, Persian cats almost always cost a premium.

But what is a Persian cat anyways?

The Persian cat is mainly characterized by a so-called brachycephalic face according to the National Library of Medicine.

In addition, although cats have varying personalities, nothing beats the regal elegance that Persian cats have. No matter where you are in this world, this feline breed’s one of the most coveted pets in the animal kingdom.

But, you better hold your horses first. While they sure look cute and fluffy, Persian cats aren’t as friendly in the pocket as most felines are.

So, if you’re genuinely interested in finding out, let’s take a look at the current price range most breeders sell Persian cats.

How much does a Persian Cat cost?

A Persian cat will cost you between $500 to as high as $5,000.  Generally, a Persian Cat’s price depends on factors such as their lineage, gender, age, fur color, location, or even the cat’s breeder. There’s no such thing as an inexpensive Persian cat. 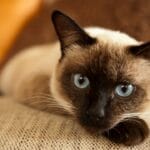 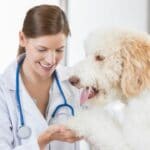 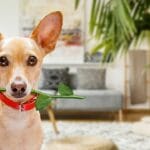 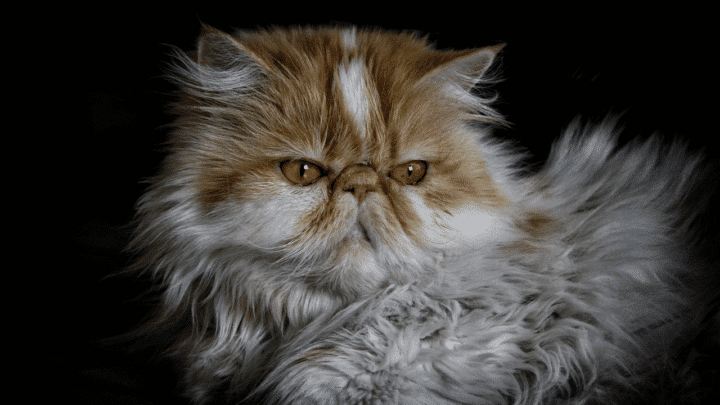 Most of us think that the younger the cat, the less expensive it’ll be. But, you’ll be surprised that such a rule doesn’t apply to our beloved Persian cats.

How is this even possible if a baby cat merely drinks milk and occasionally eats food for the first few weeks?

Well, let’s start with the average lifespans these Persian cats have. Generally, they can reach around 12 to 14 years of age if they’re well-taken cared of.

Hence, if you want to witness your soon-to-be Persian cat’s personality develop in front of your eyes, you’ll have to pay the price for it.

Think of it like you’re given a premium or VIP pass to witness your feline’s development.

Demand and supply play a part in a Persian kitten’s pricing. Since the demand is high, it somehow puts on a notion that these babies are more special.

Hence, a higher price tag’s placed on them.

But, if you don’t have the time and resources to rear a kitten, or you don’t mind taking care of an older cat, a full-grown Persian cat’s a good option as well.

Not only is it effort-saving, but it’s also more cost-efficient, though they’re still expensive compared to other cat breeds. 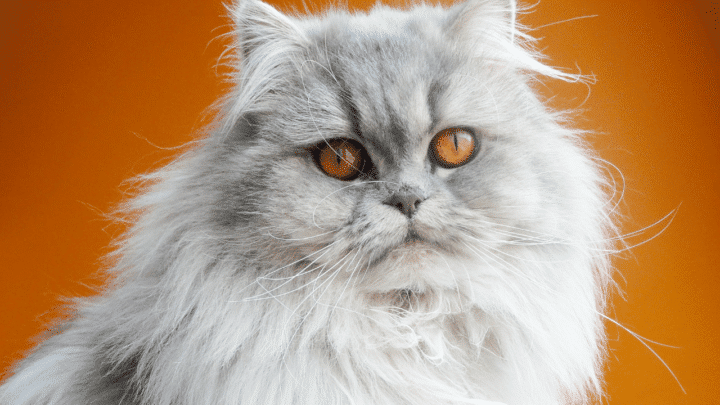 In the animal world, female animals have a much higher asking price as compared to males. While this may sound ridiculous, the same rule applies to our beloved Persian cats as well.

Well, as everyone knows, female Persian cats can produce kittens.

And, as they can continue producing kittens, it’s the exact reason why breeders ask for a higher price for them than the males.

Even if you don’t intend to buy one for breeding purposes, the price point remains the same.

You can somehow ask for a bargain when you ask to have your kitten spayed first before purchasing it.

But, as it’s already decreed that breeders should spay kittens first before handing them over, you usually don’t have much say on it. Except, of course, if you want to continue your Persian cat’s lineage. 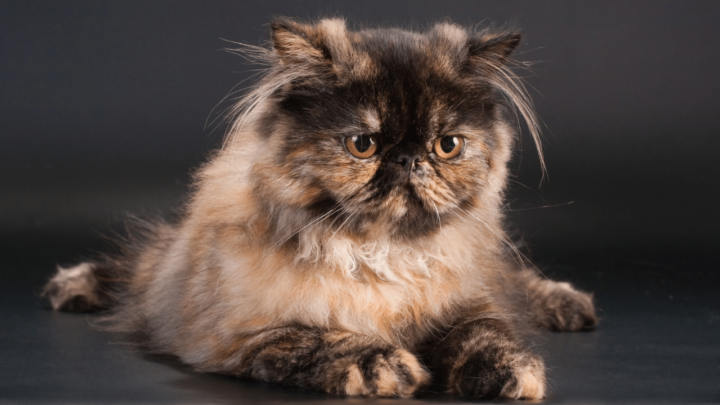 Another factor that affects the cost of owning a Persian cat is the purity of its bloodline. Like royals and noblemen, if the Persian cat remains a pureblood, the higher value it holds.

This is especially true if the feline’s parents are duly certified and known champions in cat shows.

Since registering requires paperwork and resources, it’s no wonder that the costs of proving a Persian cat’s blood purity are added to the total.

But, if you don’t mind the purity of your Persian cat’s bloodline, then you can opt to buy one that’s a halfbreed. For sure, the Persian cat genes will still manifest in the kitten regardless of its lineage.

Just wish or even pray that the Persian cat genes are the one that’s dominant in the little kitty.

You’d be surprised to find out that even the Persian cat’s fur color and quality affect the price put on it.

While their fur comes in different shades, sometimes even mixed, nothing beats the pure white fur color’s beauty.

If their white fur color’s paired with striking blue eyes, then you’ll have to prepare yourself to shell out more money.

But, before you start complaining, you’ll need to find out first what’s the basis for such a hefty price point.

Technically, it’s not the coat color itself that’s affecting the price tag. It’s the fur color’s rarity that dictates how much you’ll need to shell out to get the cat.

Hence, white fur for Persian cats is the rarest of the rare fur colors, except that the price is way higher than usual.

However, white isn’t the only fur color for Persian cats that calls for a high price tag.

If you aren’t too eager to take the white-furred Persian cat, then here are other fur shades that you can consider. 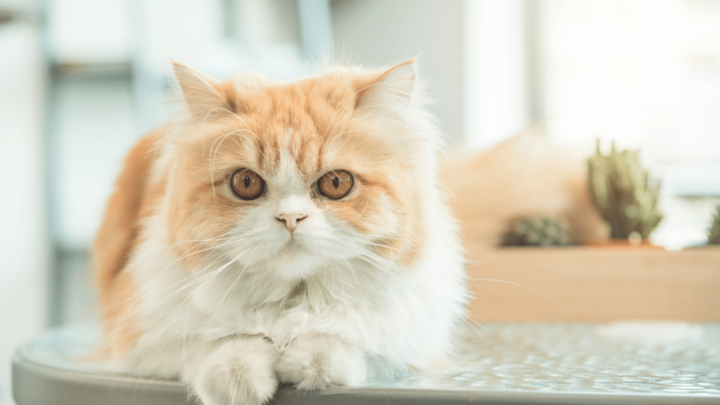 Persian cats in the city achieve for higher prices

Surprised to see that a Persian cat’s location also affects how much you’ll have to pay to own one?

Well, let’s dive deeper here. As mentioned earlier, there’s quite an imbalance between the breeds’ supply and demand, right?

The demand for such a premium breed’s high, especially in the urban areas compared to rural ones.

Don’t get the wrong notion that Persian cats bred in the cities have a far superior lineage quality than country-bred ones.

It’s just that there’s a higher demand for Persian cats in the cities than in the provinces, making the prices skyrocket. 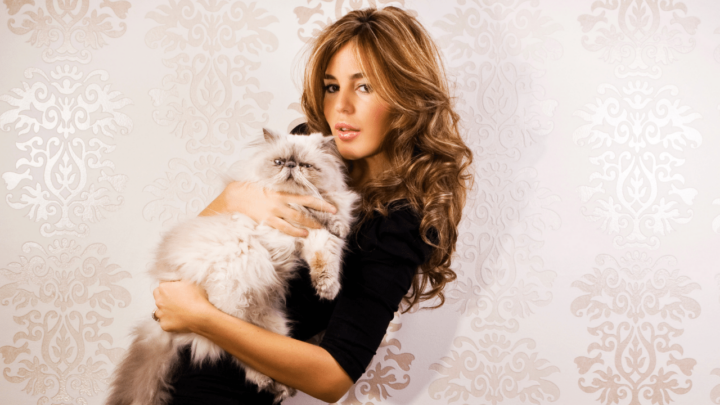 Lastly, the Persian cat’s breeder experience determines how much you’ll have to pay to get one.

If you’re wondering how the breeder’s experience affects their pricing, think of it this way.

Remember the analogy of how pressure produces diamonds? Once a breeder gains enough knowledge and skills to grow healthy and perfect litters, his reputation shoots up.

And, with the rising fame of the breeder, the price will also follow. After all, you’re paying for the breeder’s hard-earned skill and knowledge in rearing Persian cats.

If the breeder has the certifications and licenses to prove his worth, then it’s a guarantee that you’ll get a high-quality cat from him.

So, are you now decided on buying a Persian cat no matter how high the cost entails?

While it may look like a substantial investment, the love and companionship that you’ll gain from owning one are priceless.

Read about 6 reasons why a cat is foaming at the mouth next.