Do Female Cats Spray When in Heat?

If your female cat has begun spraying, it’s easy to assume that she must be in heat.

But do female felines even spray when they’re in heat?

Like many cat behaviors, spraying is yet another mystery to cat owners.

It’s common for cat owners to want to know when their cat will start spraying – and more importantly – how to stop it.

Also, owners of female cats that haven’t yet been spayed may be on the lookout for possible signs of heat, whether they want to see a litter or not.

Do Female Cats Spray When in Heat?

When female cats are in heat they spray and even howl loudly. All cats will start to spray occasionally once they reach six months of age, which is when they become sexually mature. However, female cats are more prone to spraying while in heat instead of doing it as territorial behavior. 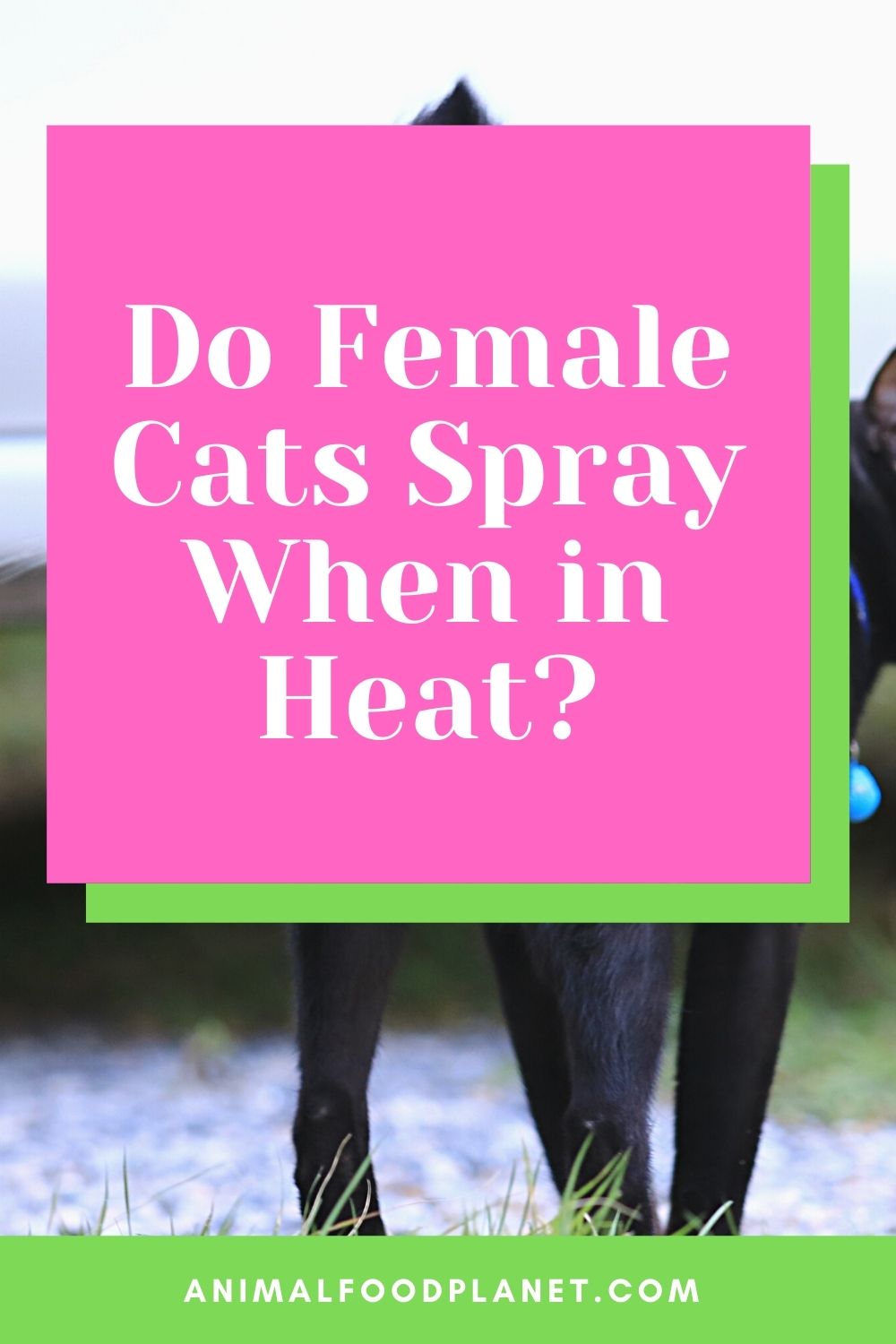 Do Female Cats Spray When in Heat

If your female cat is spraying, grooming herself excessively, acting restless, and becoming more vocal than usual, she may very well be in heat.

Having your female cat spayed is the best way to make her stop spraying.

Do Female Cats Spray When in Heat

Female cats will indeed spray when they are in heat. They do this because their urine contains pheromones, which attract male cats.

It’s a natural and instinctive – albeit very unpleasant – cat behavior. While cats usually confine their bathroom activity to the litter box, spraying is an exception to the rule.

When your female cat is in heat, she may urinate more often and spray on any nearby object, including your furniture. 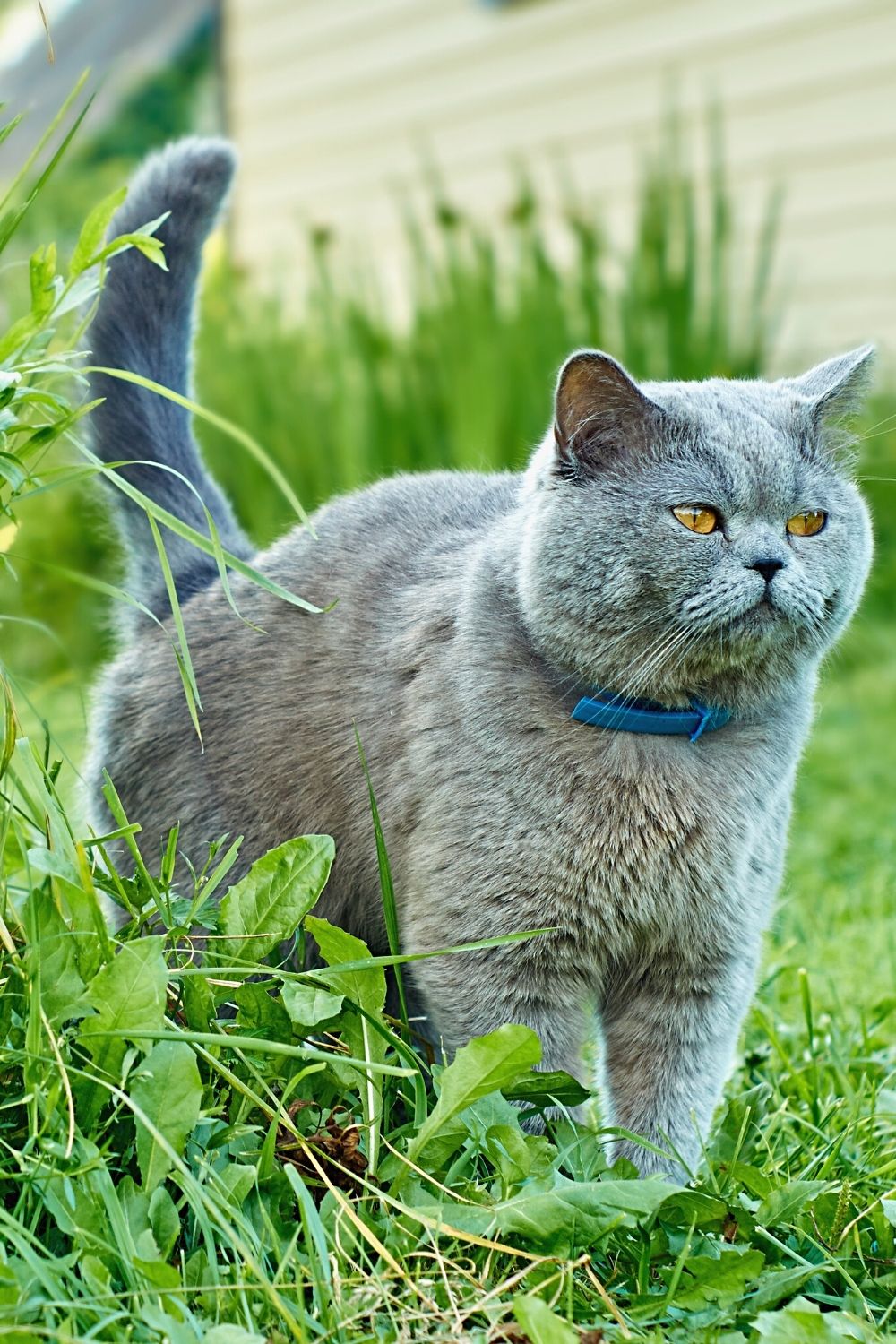 When female cats are in heat, it’s possible she’ll urinate more often and spray on nearby objects

While male cats typically spray to mark their territory, female cats have their own reasons for spraying.

Once a female cat has begun her heat cycle, there’s no surefire way to stop her spraying behavior, but you can take measures to reduce the impact on your home.

Always clean the urine up promptly and thoroughly and keep clothing items off the floor.

If possible, keep your cat away from windows and doors, so she’ll be less likely to see other animals.

Female Cats May Spray for Many Reasons

But the heat cycle is far from the only reason that female cats spray.

She could be competing with another female cat who is in heat at the same time, essentially marking her territory in the way that male cats do.

Or it’s possible she’s not in heat at all.

She could be suffering from a medical condition, such as a urinary tract infection, and need veterinary care, especially if she’s showing signs of discomfort while urinating.

If your cat is having trouble adjusting to a new environment or routine, she may spray in response to stress.

Female cats may simply spray because they aren’t satisfied with their bathroom accommodations!

Even though female cats aren’t nearly as territorial as males, they may still spray when a new cat is introduced to the home or when outdoor cats wander into your yard. 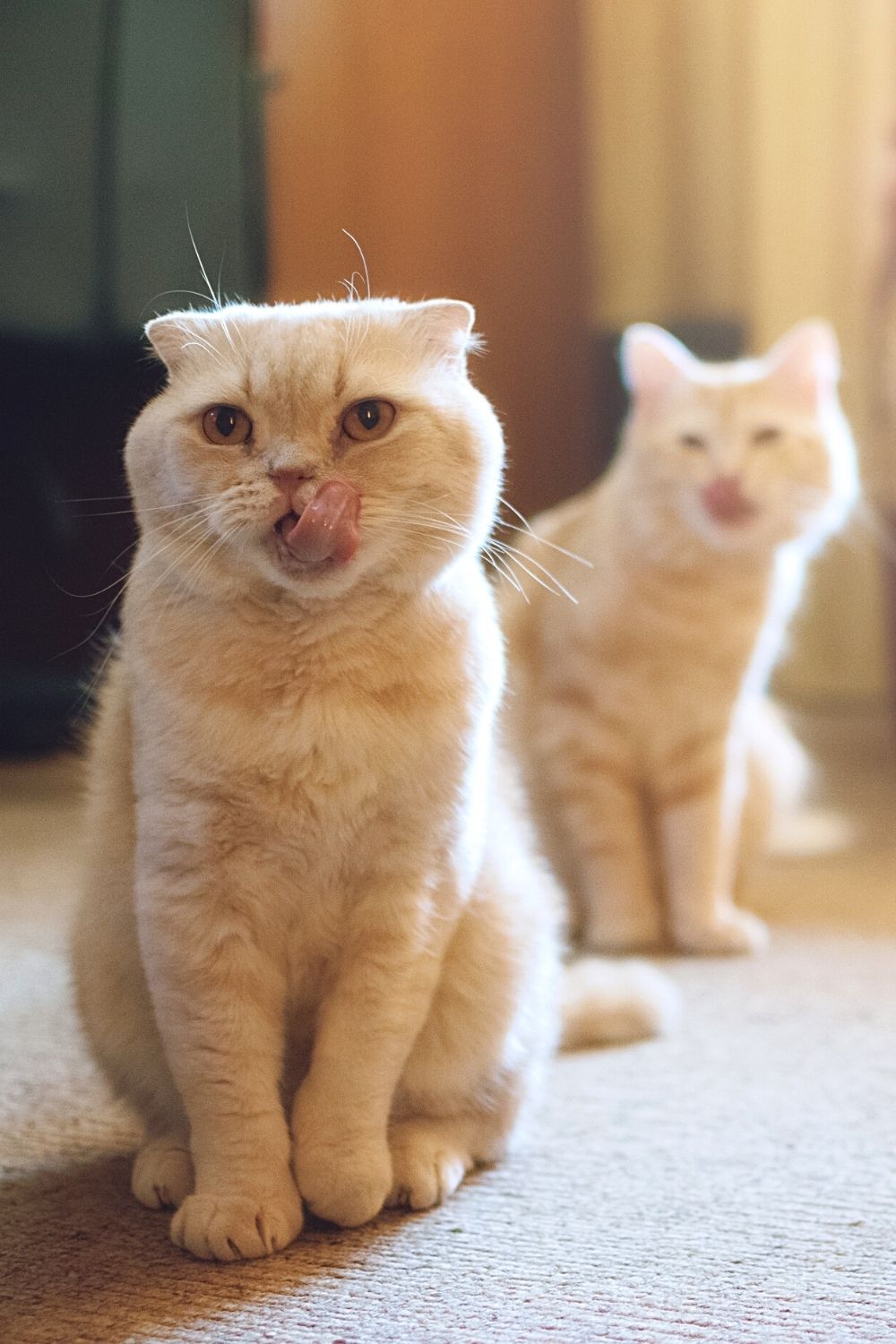 So, if you’ve noticed that your female cat has begun spraying, you may not need to prepare for a litter of kittens after all.

Signs that a Female Cat is in Heat

Although female cats do spray while in heat, spraying alone doesn’t necessarily mean that your cat is in heat. But, watch out for other symptoms, just to be sure.

One signature behavior of female cats in heat is excessively loud yowling. While your cat may normally be vocal, any increase in their noise is a warning sign that they may be in heat. 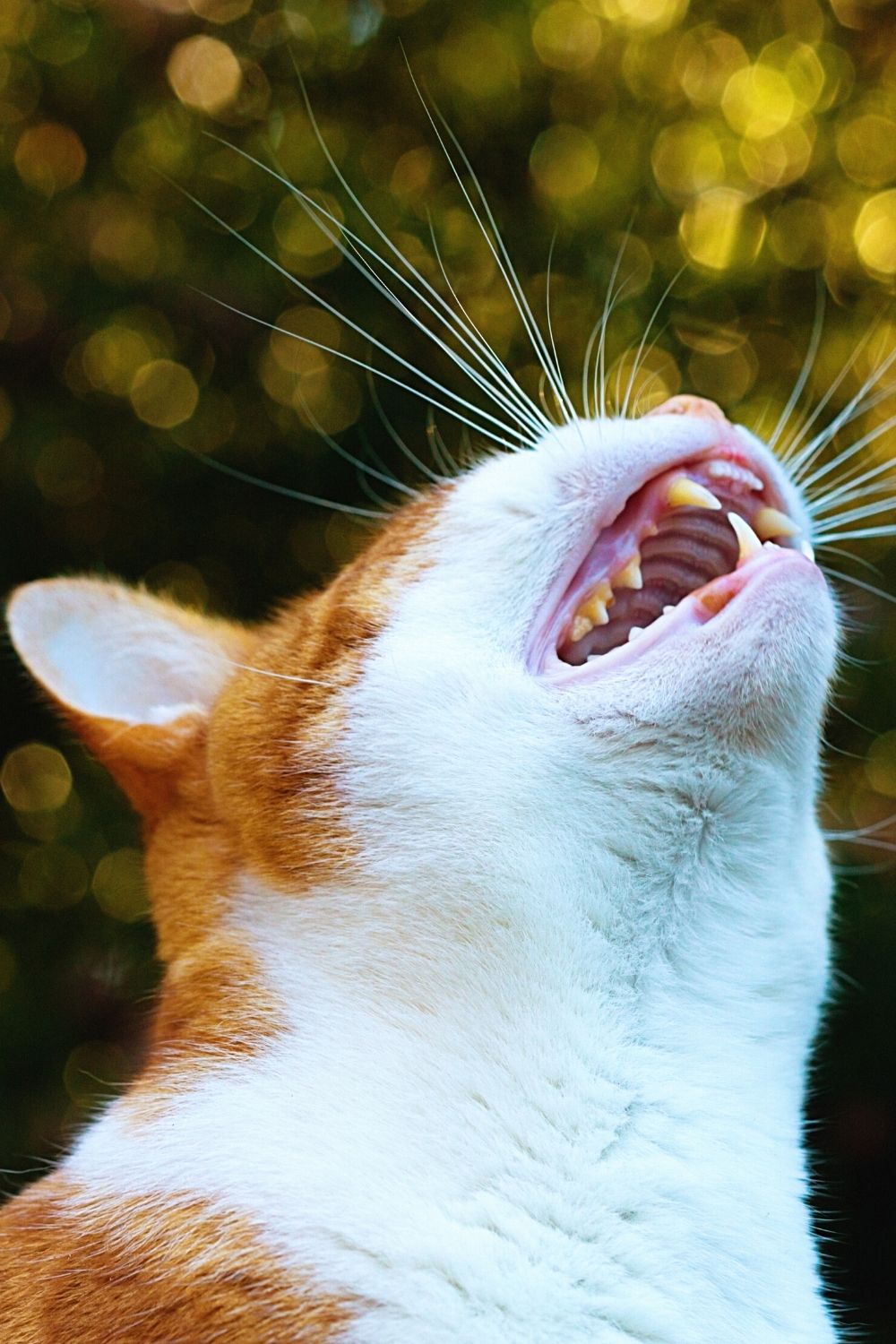 Female cats will also become increasingly affectionate. Once again, you know your cat more than anyone else, so look out for behavioral changes.

Many cats are affectionate by nature, but unusual increases in rubbing and grooming are common symptoms of the heat cycle. 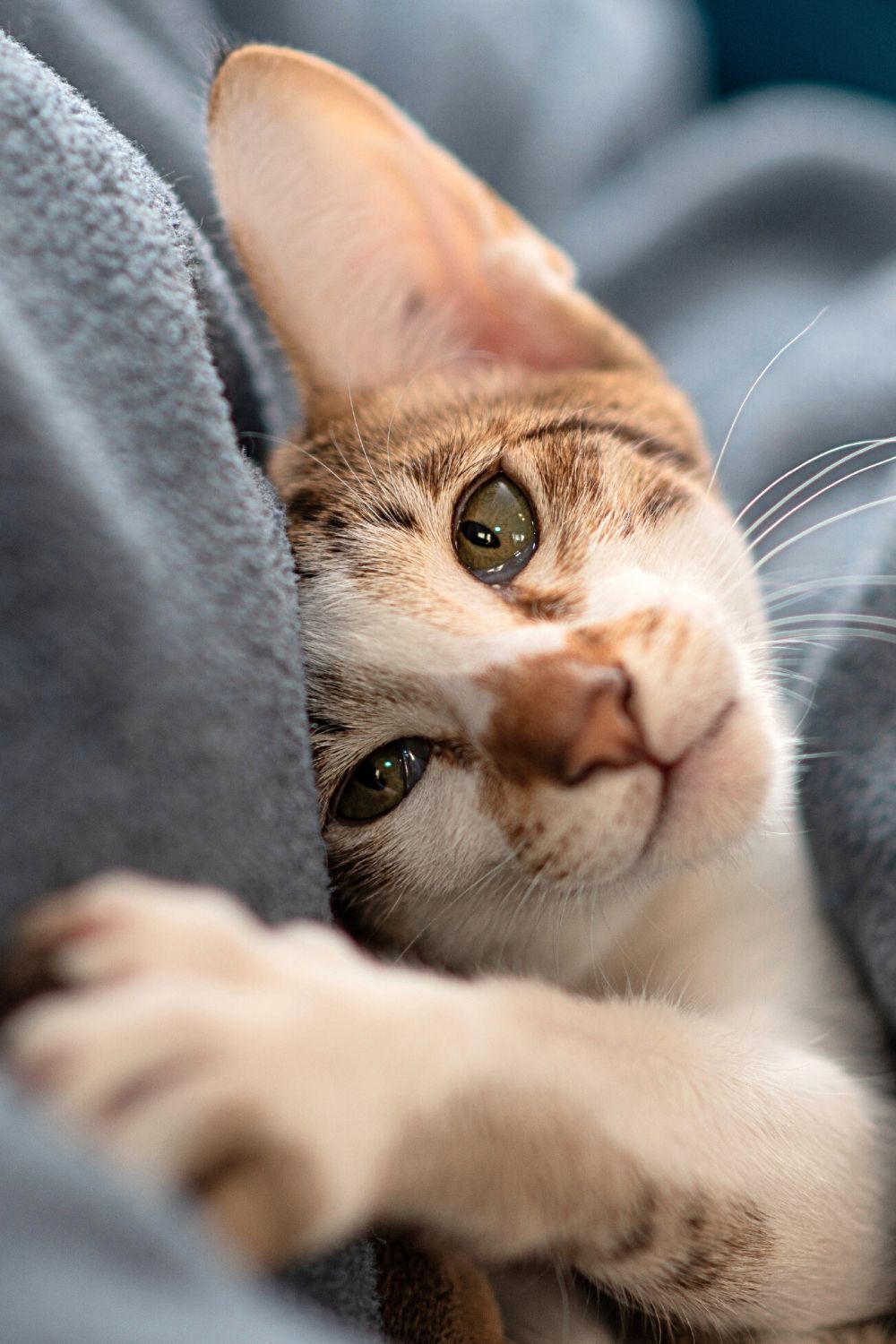 If your female cat starts to act restless and suddenly wants to go outside more often, she may very well be in heat.

Her instinct would be to seek out a male cat, so if there wasn’t one in the home, she would want to go find one.

If you aren’t thrilled about the idea of kittens, you should keep your cat indoors if you notice these signs.

How to Stop Your Female Cat from Spraying

The only surefire way to reduce or eliminate your cat’s spraying behavior is to have her spayed.

While she may still be prone to stress, anxiety, and health issues — all of which can cause spraying — she will start losing her territorial and mating instincts after the procedure.

While this will significantly reduce or even stop her spraying, it won’t impact her ability to spray.

She will just produce fewer of the hormones that are commonly associated with spraying, therefore reducing her urge to spray.

Aside from having your cat spayed, you can use calming products to alleviate your cat’s anxiety or consult your veterinarian to rule out medical causes.

If you have more than one cat, you may want to consider investing in an additional litter box.

Remember that cats are sensitive to environmental changes, so if you recently moved or bought new furnishings, you may simply need to give your cat time to adjust.

Frequently Asked Questions about Do Female Cats Spray When in Heat

How do you calm a female cat in heat?

You can help your cat relax while she’s in heat by offering catnip, placing her on a warm heating pad, playing with her, regularly cleaning her litter box, and separating her from male cats.

What do female felines do when they’re in heat?

When a cat is in heat, she’ll usually become more affectionate and rub against your legs and furniture a lot. She may even pose herself in the mating position as though she was expecting a male cat.

Why is my female cat spraying so much?

If your female feline hasn’t been spayed yet, it’s possible she’s in heat. She could also be spraying to exert control or as a response to stress and anxiety.


Conclusion About Do Female Cats Spray When in Heat

If your female cat is spraying, she could very well be in heat – or she could be spraying for many other reasons.

Spraying is a normal cat behavior that begins as soon as a cat reaches sexual maturity. While it’s unpleasant behavior, it’s almost unavoidable, unless you have your cat spayed.

In the meantime, that possible litter of kittens may be exciting – or even more reason for you to hurry up and make that pet spaying appointment.