Lions or Panthera leo according to Animaldeversity.org, the “King of the Jungle,” is one hell of a wild beast.

But here is a quick answer.

What do you call a group of lions? 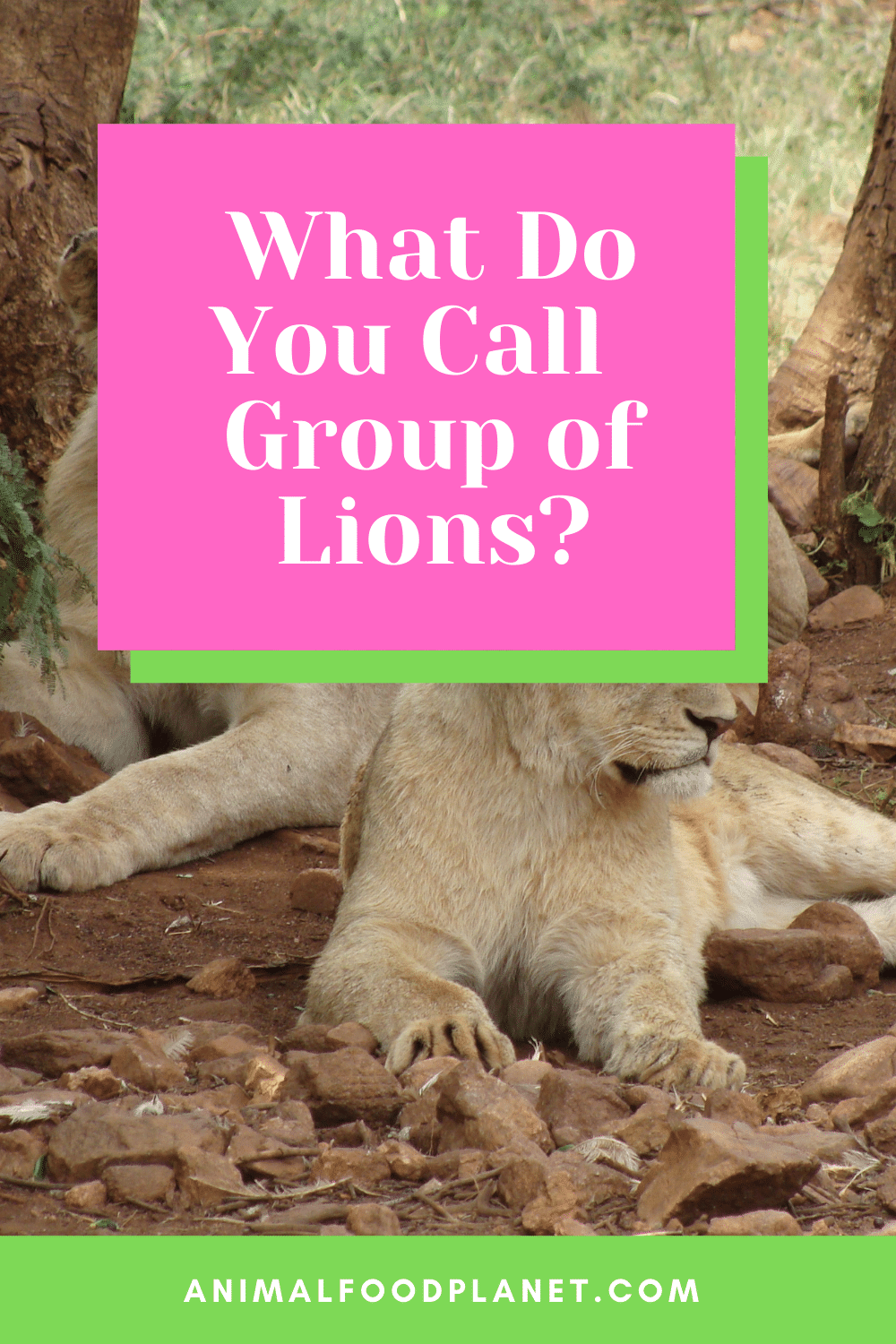 What Do You Call Group Of Lions?

You can read more about taxonomists here. Now below I’m discussing the categories of a group of lions.

Pride: A Group Dominated by Lionesses, a Few Males, and Cubs

This is how a normal pride works. The female lions are abundant in number since they do most of the work.

From hunting to giving birth to nourishing the young ones, they do almost everything.

It’s not like the males don’t do anything, though. They are responsible for defending the members.

They do take part in the hunting process – just not as active as the females do, hence classically referred to as pride.

The member count is usually less than 20, about which only about X are males. As the offspring get older (around three years of age), they are kicked out of the pride by the male members to keep their hold on the pride.

Such males gather together to create their group – known as a coalition. 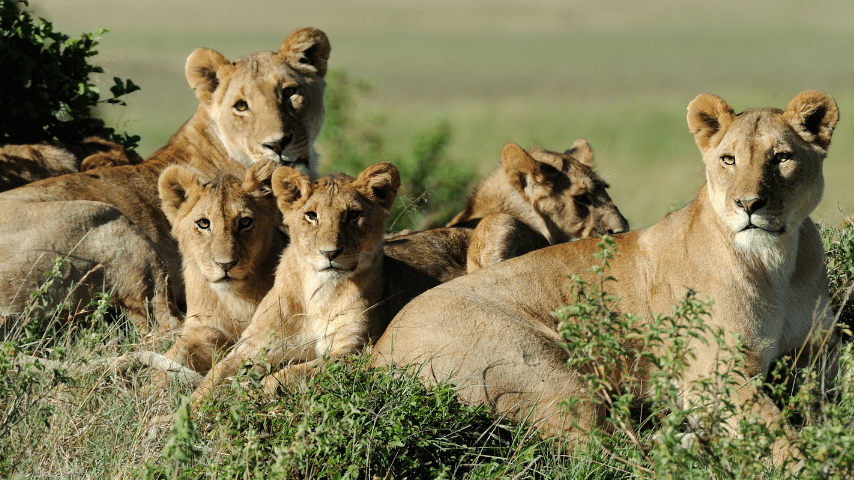 Pride A Group Dominated by Lionesses, a Few Males, and Cubs

Coalition: A Group of Male Lions

Cubs, upon growing to an age of around three years, are kicked out from the pride to control the number of male lions in the pride.

These lions gather together to create their own ‘pack.’ Unlike pride, however, the number of members is extremely low in this one.

Of all the groups, this group has the least amount of lions – two to three. Such a group formed by (usually unrelated) sigma lions is known as a coalition.

These lions will often try to take over an existing pride by fighting the male members of that pride. If they succeed, they retain their authority over their new pride. 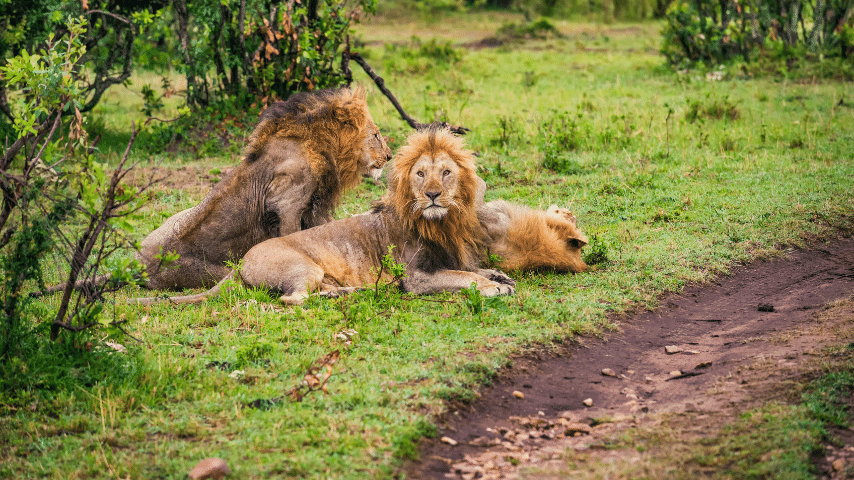 Coalition A Group Of Male Lions

Pride: A Group of Female Lions

You’d be surprised to know that a ‘normal’ group and a group of lionesses go by the same name, and there’s a reason for that.

As I mentioned above, a typical group of lions is dominated by lionesses. Originally, the name given to a group of female lions was pride.

The ‘normal’ group was called a pride because of the majority members were females.

Such a group is vulnerable to attacks since lionesses are responsible for hunting and taking care of the young ones – not defending.

However, their number usually does makeup in case of an attack. The number really does matter. Even in a pride, lionesses usually get all the stuff done 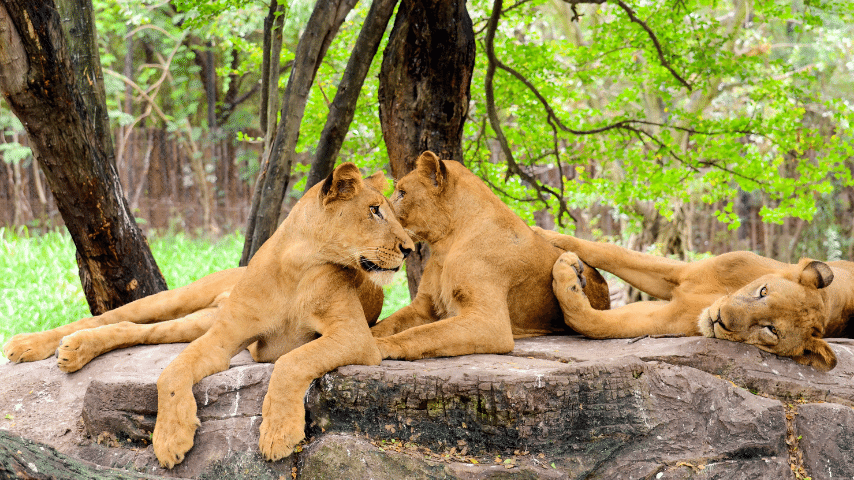 Pride A Group Of Female Lions

Litter: A Group of Lion Cubs

Spotting them with a coalition is a rare sight though. The reason is that the male lions cannot bring up cubs – they can only defend them.

You’ll find these cute little beasts in a number of around three to four.

Since their presence poses a threat to the male lions’ dominance, they are kicked out by the males once they are two to three years of age.

If there’s one thing that I will hate taxonomists for, it’s for naming a bunch of these cute gals ‘litter.’

I mean seriously? Couldn’t they come up with something cute or not-so-dirty? 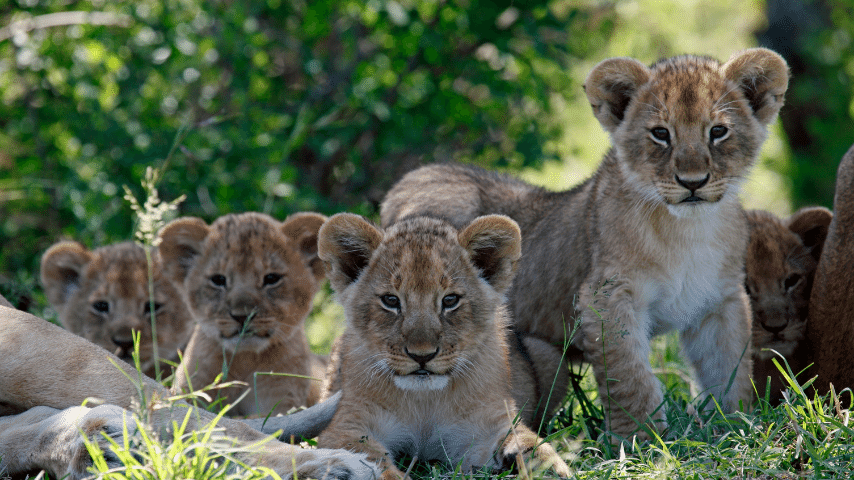 Litter A Group Of Lion Cubs

Frequently Asked Questions About What do you call a group of lions?

Why is a lion group called a pride?

It is said that the term ‘pride’ was given to them because of their royal quality.

How many members are there in a pride?

The number of lions in a pride varies widely and can range anywhere from 10 to more than 30.

How many members are there in a coalition?

A coalition usually consists of two to three lions. Rarely, the number can go up to six.

How many members are there in a litter?

A littler consists only of around three to four lion cubs.

The name given to the group of lions depends on the members of that group. If the group is a typical one, consisting majorly of females, a few sigma males and a handful of cubs, it is known as a pride.

Similarly, a group of female lions is also called a pride. The reason for the first group also being a pride is that it consists mainly of females. Hence, the same name.

The young ones usually stay with their mothers who hunt and take care of them. After reaching an age of around two to three years, the male lions of the pride kick them out and the form litter.