What do Camels Eat? 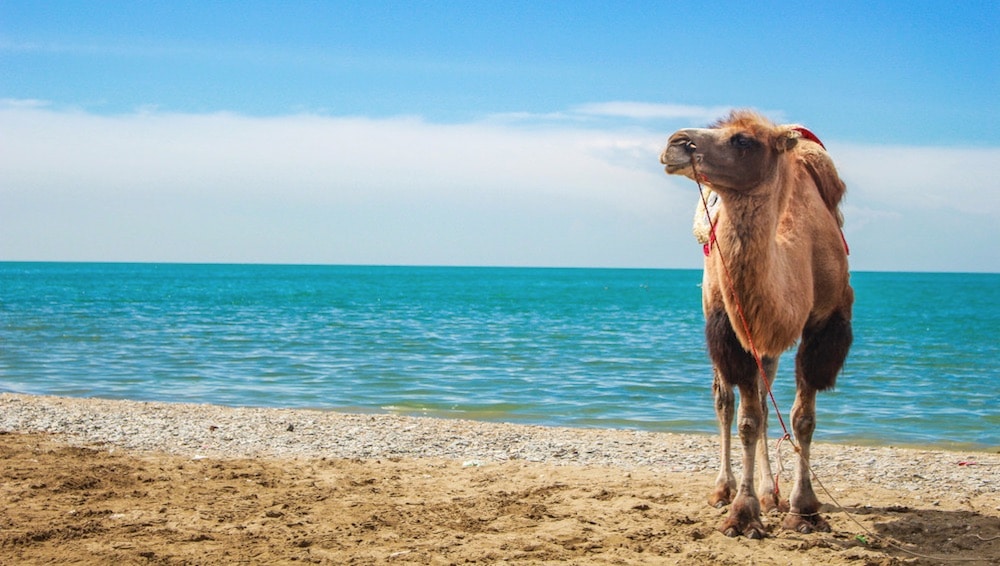 Camels are members of the family Camelidae and the only living member belonging to the suborder Tylopoda, which means “Calloused foot”. Individuals of this group that do not make up the “true camels” are the four South American camelids: the Llama, Alpaca, Guanaco and Vicuna.

As for the true camels, such as the Arabian and Bactrian species, these reside in the deserts of Mongolia, China, Africa and the Middle East. Do these even-toed ungulates have a diverse diet or do they stick to the same plants?

Camels are known for living in harsh conditions, fighting the deserts of Mongolia, China, and Egypt. So what are they able to find out there? What do they eat? Technically herbivores, Camelids focus on the surrounding plant species in their habitat. This foliage ranges in texture from smooth to prickly, making the camel a master at eating almost any plant that it comes across. You wouldn’t expect it, but camels are not strictly vegetarians. They can become omnivores if conditions worsen.

Camels can be categorized into two separate groups: feral or wild and those who live in captivity. These different types of camels are presented with separate challenges and resource deficiencies, meaning that they differ in their diet as well. 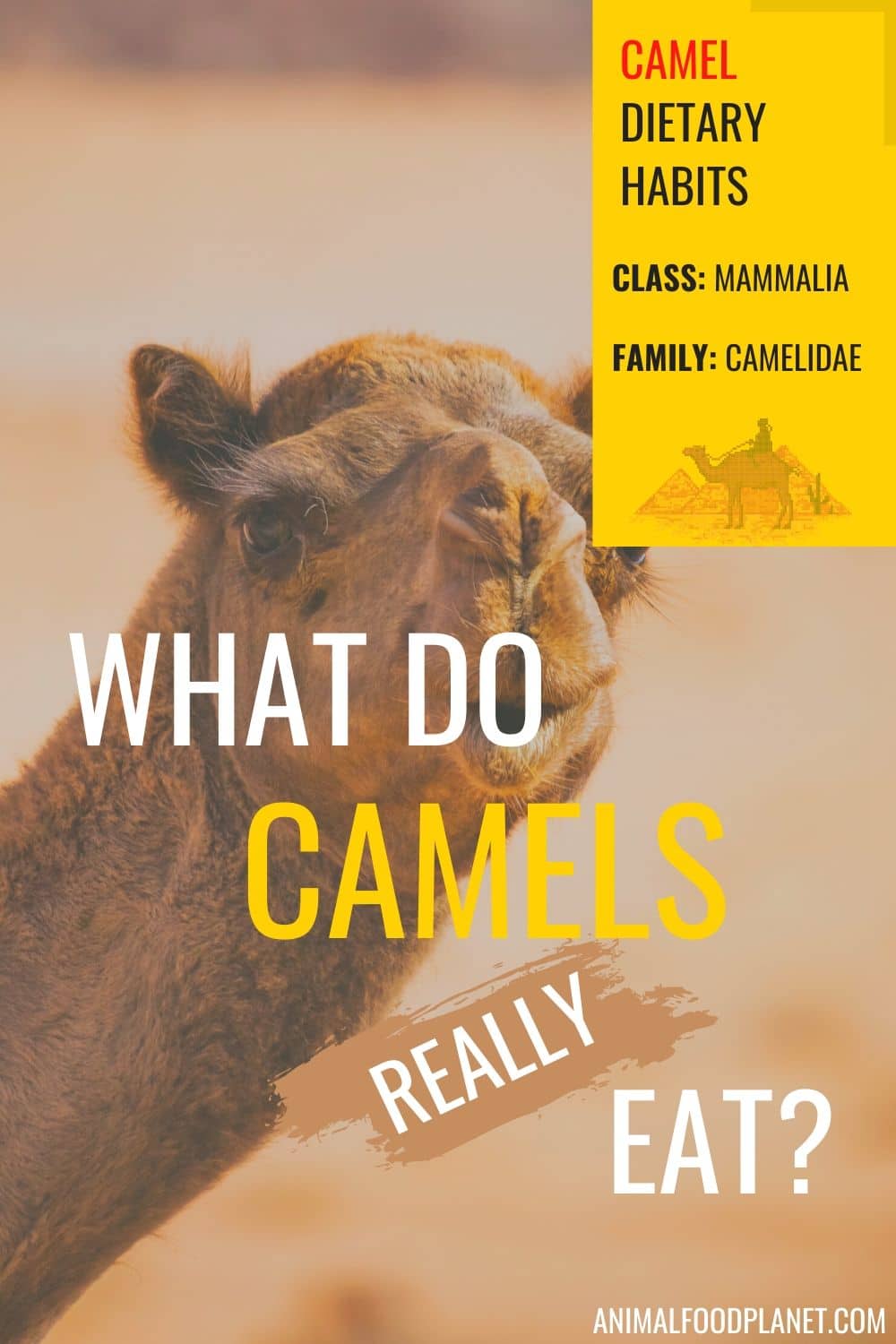 The Main Diet of a Wild Camel

Since camels are ungulates, hooved mammals, you would assume that they prey on vegetation. This is mostly true as it makes up the majority of their diet. Camels are ruminants, or cud-chewing mammals, that both graze and browse. Grazing can be distinguished as eating vegetation that is closer to the ground whereas browsing requires more effort, as the leaves are held higher up. Wild camels consume primarily grasses, leaves and twigs off of shrubs and trees. In other words, they ingest every plant that the desert has to offer. They even go after plants that other mammals would avoid.

Wild camels change their dietary habits depending on where they are in the desert as they are mobile foragers. While traveling along the sandy dunes, they will find grasses and leaves. These include:

These mammals have a higher salt requirement, feeding off of thorny, bitter and toxic plants that would otherwise be deadly to another forager. They find these plants mainly at various salt lakes around the desert.

Due to the nature of their environment, the harsh conditions can cause a wild camel to become omnivore during rough periods. When vegetation is scarce, they will feed on bones, fish, and carrion in order to sustain themselves. Wild camels have even been known to digest leather and the remains of traveler’s tents that they run into.

Camels that live in captivity do not have the same diet compared to that of their feral or wild relatives.

The Diet of a Captive Camel

Camels that are kept in zoos and parks do not have to compete with harsh conditions, making their diet completely different. Instead of opting to become a part-time omnivore, these mammals are generally given a mixture of grains, hay, and vitamin supplements. Oats and grains can be too rich for their bodies to absorb so zookeepers usually have to feed them Bermuda hay. Alfalfa pellets, carrots, and apples are also a common treat given out sparingly.

Although they are not out in the wild, these animals require an incredible amount of sodium. Zoos and parks meet this requirement by providing salt blocks, a common remedy for horses that need salt as well.

One misconception is that camels store water in their hump, or humps depending on the species. Did you know that this is actually a fat reserve? Regardless, just as with any mammal, water is a necessity.

What Does a Camel Drink?

Now this might sound like a silly posture to make, as we all know that it is water, but it raises the questions: how much do they drink and how long can they go without water? Being in the desert with limited water supply is no easy feat, but the camel has evolved with the adaptation to do so. You might be wondering how long they can go without water.

How Long Can a Camel Really Go Without Water?

Being a mammal yourself, how long can you go without drinking water? It has been proven that humans can only last approximately three to five days without water, that being in temperate conditions where there is moisture in the air. Now consider what a camel endures in the Sahara Desert. Camels have been proven to last six to seven months without finding any source of water. You might think to yourself, “How is this possible?”

How Can a Camel Survive With Limited Water Sources?

To understand how a camel can survive seven months without water, or food for that matter, you need to think about their adaptation, the hump. This anatomical feature stores fat, not water. When water becomes extremely scarce, the fats stored in this fatty body part will be converted into ATP, essentially extracting energy. Once this occurs and they’ve used up the majority of their fat reservoirs, the hump will decrease in size.

Keep in mind that camels do absorb the liquid from the vegetation that they consume, but it would not be enough to fully satiate their thirst. When water is found for the first time in months, the camel will then proceed to drink a great quantity.

How Much Will a Camel Drink at Once?

For camels battling the dry, arid climates of the desert, they need to make the most out of any water source that is available to them. In these conditions, a camel that has been deprived of water will drink up to 200 liters, or 53 gallons, in three minutes. Surely, this would be a record.

What Species of Camel Are There? There are two types of camels, as mentioned prior. These are the wild species and that of the captive variety. The Bactrian camel, Camelus bactrianus, is the last truly wild camel that lives today. Of course, there are domesticated Bactrian camels, but for the sake of this article, let’s focus on that of the wild relatives.

The second species is the Dromedary camel, also known as the Arabian camel (Camelus dromedarius). This species can be found in captivity or in caravans scattered across the desert. Truly wild Dromedary camels are no longer to be found. Instead, feral individuals roam the Sahara deserts. An animal that has escaped captivity is feral, not wild. Listed below are a few differences to tell them apart.

How Do Camels Eat Prickly Plants? Camels have evolved into the perfect specimens for desert adaptation. This includes being opportunistic foragers, consuming even the thorniest plants that can be found in these harsh climates. Inside the mouth of a camel is a thick leathery lining. This allows a camel not only forage through prickly cactus but chew on it.

What Are Some Camel Adaptations for Fending off the Sand? Living in the desert is challenging, but a variety of animals have learned how to cope with the harsh environment. The camel is no exception. Here are a few adaptations and tricks that have evolved over thousands of years:

How Do Camels Combat the Presence of the Sun and Heat?

In order to survive in the constant sun and heat, there must be a set of adaptations in place. Listed below are a few characteristics that allow their bodies to handle such drastic changes in temperature:

Other Notable Physical Features of Camellids?

Camels are extraordinary creatures and often overlooked. Here are some other noteworthy characteristics of these large ungulates:

How Much Can a Camel Carry?

Camels are one of the largest even-toed ungulates in the world, behind the giraffe and the hippopotamus. The camel is strong enough to hold a significant amount of weight. In fact, humans have taken advantage of this physical trait, using camels to travel across the sand dunes. This has taken place for thousands of years.

Earning the nickname, “ships of the desert”, caravans have used domestic camels to transport essentials such as meat, milk, leather, and wool. The weight that these species of camels can take is about 375 to 600 pounds or 170 to 270 kilograms. The amount of weight they can carry on their backs depends on the average when fully grown. This is why camels have become such a popular commodity amongst tourists.

Why Do Camels Spit?

When you go to the zoo, visitors will often warn you about the stare down that a camel will give before it decides to spit. What if you were told that they don’t actually spit?

We’ve touched on the fact that camels are ruminants, meaning that they chew cud. When a camel is about to “spit”, the contents of their stomach are brought up and projected out, with the addition of saliva. In order to be able to fire the stomach contents further, the saliva adds a greater mass. Contrary to public believe camels don’t display this behavior very often.

You could say that camels “spit” only when they become agitated. They use this method to communicate that they are feeling threatened. In the wild, predators such as the wolf would get a mouthful. Although this defense can only work so far, it usually deters the opposition from starting a fight. If need be camels will use their necks as leverage and their hooves as a formidable weapon.

Chances are you won’t be thrown up on at the zoo by a camel, but do steer clear if you see them put their ears back in combination with cheeks filling up.

Those in the genus Camelus are the only true camels left in existence. There are two species of this genus, the wild Bactrian camel and the domesticated Dromedary camel. Both are exceptionally equipped with evolutionary adaptations to deal with the harsh conditions of desert life.

Although most believe that they are strictly herbivores, they will consume bones if need be. Drastic habitats call for an opportunistic feeder with a multitude of advantageous adjustments to combat fluctuating temperatures and sand-filled environments. The camel forages on anything that it can find, grazing and browsing on twigs, leaves, and cacti without even a prickle. 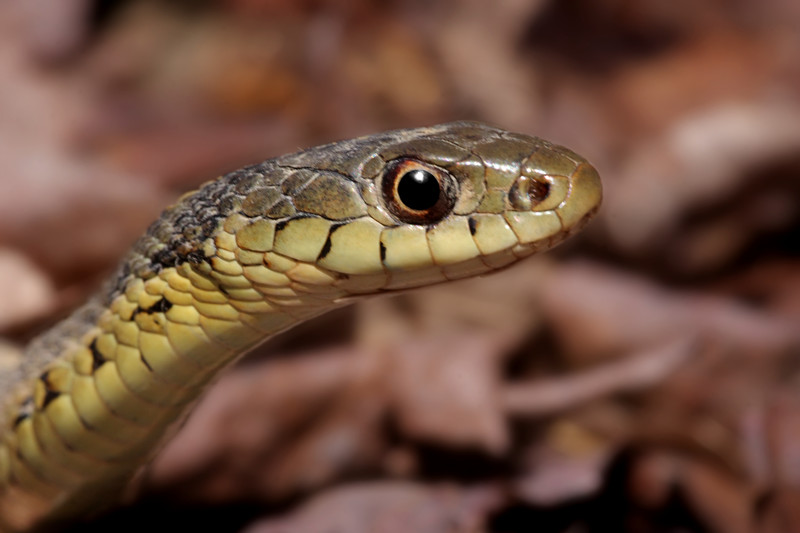 Previous
What Do Baby Snakes Eat? 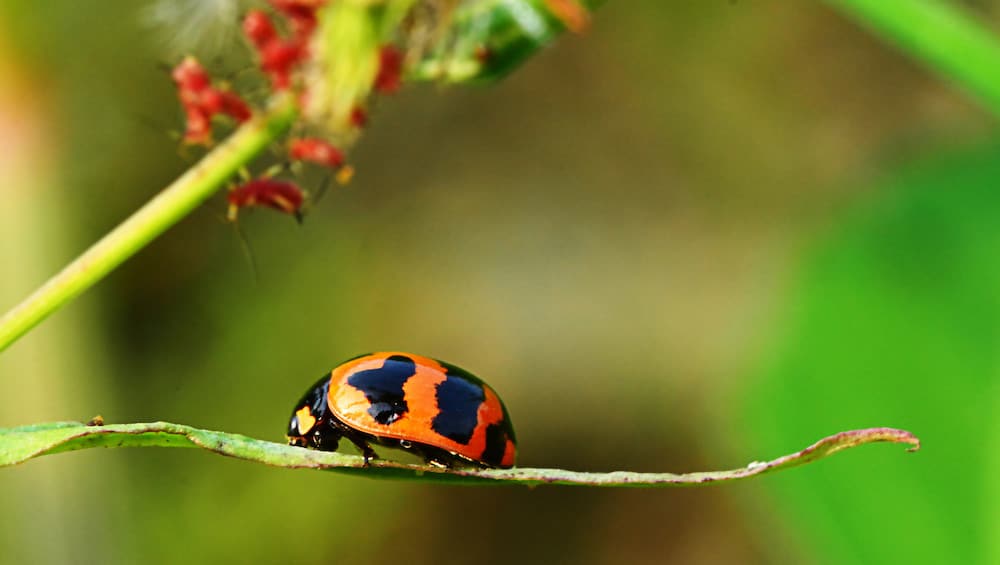 Next
What Do Ladybugs Eat?