In this article, I am going to talk about how isopods breathe. My son loves to play with whatever he can find in nature, and since he first discovered that isopods are actually crustaceans, he has been dropping the ones he finds in the garden into our fish tank.

I know better, and I called him over today to explain that these roly-polies that he finds in the garden can’t survive in water, even though they belong to the same broader family as crabs and crayfish.

My son didn’t believe this until I told him that isopods breathe differently than fish do, but they also don’t breathe the same as other bugs do.

Explaining how isopods breathe is quite a challenge when you are trying to do so with a six-year-old, but I think he has finally understood, and now he leaves the isopods he so happily digs up in the garden where they belong.

He finally gets that while isopods are crustaceans, they shouldn’t be kept in water as this means they can’t breathe.

Terrestrial isopods retained their gills despite evolution. Isopods have adapted to using six sets of pleopodal lungs that are connected to gills situated at openings along each of their pairs of legs. The breathing process itself requires that the gills be kept moist as it helps with gas exchange during respiration. 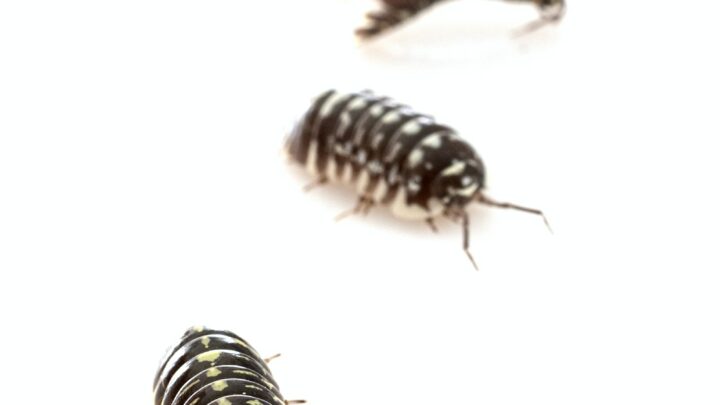 How Isopods Adapted to Breathe on Land

Isopods are designed to breathe through a delicate exchange of gasses through the pleopodal lungs they have in their bodies.

Air enters their lungs through the osmotic processes of the gills that are found at the tops of their legs. When their legs move, it helps with drawing in air and facilitating gas exchange and respiration.

But just how does this all happen?

The isopod gills are located near the ground, at the tops of their six to seven pairs of legs. This adaptation helps these gills remain moist and hydrated.

If they were located on the top of the isopod, the crustacean would dehydrate much quicker, eventually suffocating when moisture dries up from their gills.

There is also the influence of the movement of their legs, which helps with respiration. The isopods can also use their legs to funnel water up to their gills from dewdrops they find on the ground.

Adaptation of the Pleopodal Lungs

The pleopodal lungs are a great adaptation to help serve the metabolic needs of the isopod.

Firstly, with there being more than just one set of lungs, the isopod can breathe through any or all of these lungs, thereby limiting the effects of a set of gills drying out.

Secondly, the isopod needs a lot of oxygen in proportion to its size given that it takes a lot of energy to dig, burrow, and excavate in the soil among your garden plants.

I can imagine that the isopod must be quite out of breath when it has just burrowed around the roots of my azaleas, or after it’s eaten the rotting bark that has covered the base of my pothos plants on the back veranda.

Having more than one set of lungs is a sure way to ensure the isopod can have sufficient gas exchange happening to fuel its energy requirements.

Isopods need to breathe effectively to prevent hypoxia or oxygen deficiency that may result from the isopod being buried under the soil.

Having more than one set of lungs allows the isopod to breathe effectively, despite being buried in an oxygen-deprived environment.

While isopods are geared to maintain as much moisture in and around their bodies to facilitate their unique breathing process, they can dehydrate rapidly.

Their underside is made of softer tissue, and this area along with their gills and entrances to their pleopodal lungs quickly becomes dehydrated.

This is where the Armadillidium vulgare or pillbug has developed a unique way to stay hydrated.

This type of isopod curls itself into a ball if it is left exposed in an area of low moisture where there is too much light and heat.

By doing this, the pillbug or roly-poly can keep its moisture in, and the shape it curls up into helps to protect its gills and pleopodal lungs. This is usually the state you will find pillbugs in during the day.

My son loves collecting these little pills, but he has luckily now learned not to bother these amazing creatures—I tell him they are sleeping and breathing.

How do terrestrial isopods breathe?

Isopods are land crustaceans, and while they will never live in water, they need a damp environment to use their gills in their breathing process. Their six sets of gills are connected to pleopodal lungs that are located behind their sets of legs. This is where they breathe via a gas exchange process.

While isopods are designed to breathe in an almost anaerobic environment, they need two things to breathe and survive long term: ventilation and moisture. If there is no air around the isopod, it will suffocate, which is why you shouldn’t drop them in water. When there’s no moisture to coat their gills, the isopod will not be able to breathe through a gas exchange process.

My son is begging me to buy him a terrarium to keep the isopods that he excavates in our backyard, and while I am not sure that he’s quite old enough to be responsible for such a project, I am convinced he will try his best.

My mind was finally made up when he rushed into the house and presented me with a plastic container with some rotting leaves, a couple of curled up isopods, and a wet rag.

He excitedly told me, “Mommy, look! I’ve built them a home that’s wet enough so they can breathe too.” Clearly, my son has learned how isopods breathe.