I recently got a juvenile chinchilla to join my pet family. These furry little mammals are adorable with their mouse-like ears and tails and resemblance to rabbits.

Chinchillas (also affectionately called chins) are smarter than people give them credit for.

So I wondered whether I could potty train my chinchilla. I trained my rabbits to use the litter box in their enclosure – it took a lot of patience and positive reinforcement and praise.

Here’s what I learned about potty training my chinchilla and lessons to help you with your chin.

Can You Potty Train a Chinchilla? 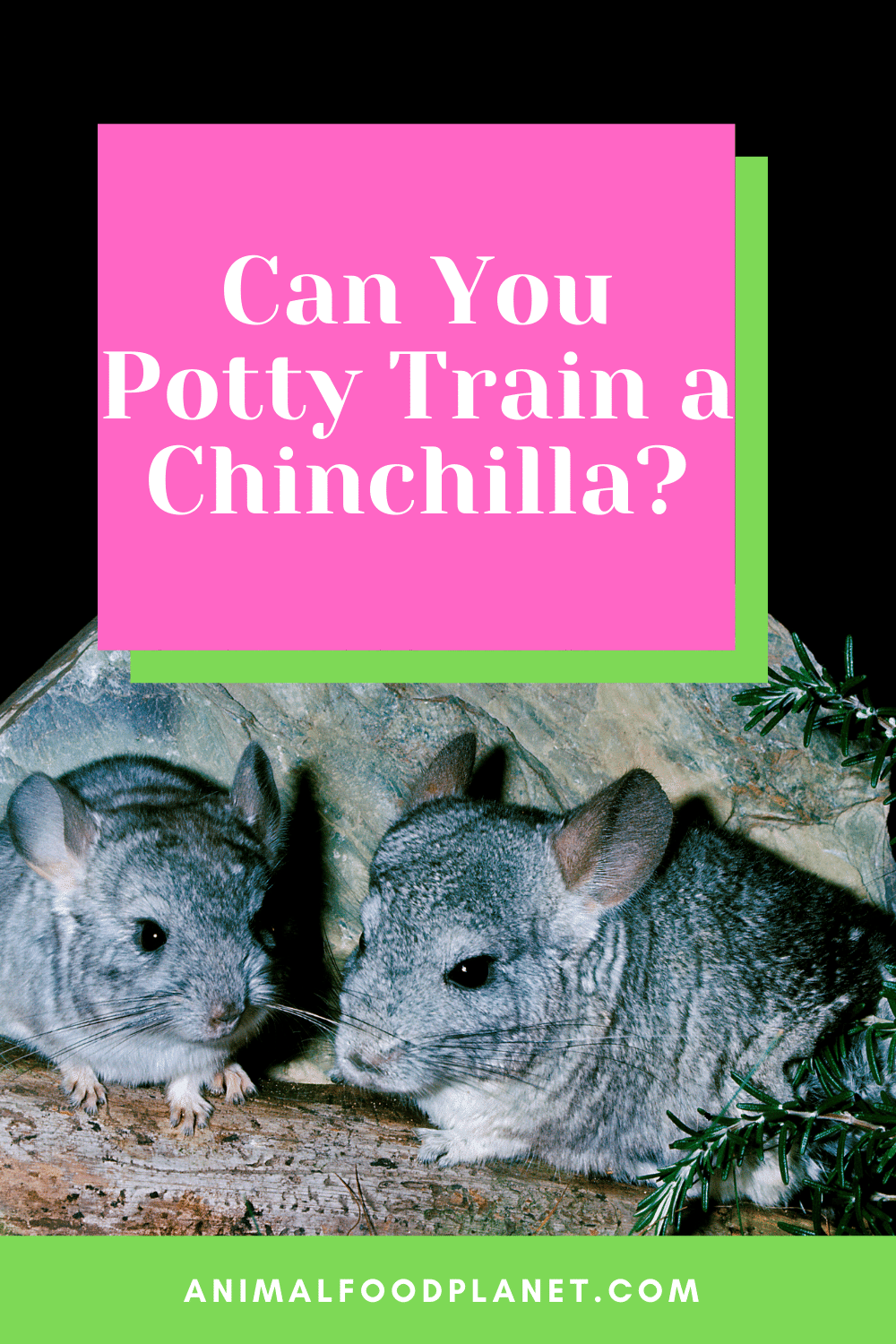 Can You Potty Train A Chinchilla?

Is It Difficult to Potty Train a Chinchilla? Why?

To be honest, it wasn’t easy potty training my pet chinchilla. These adorable animals are smart – for a rodent – but litter training my chin didn’t have anything to do with how intelligent they are.

A chinchilla poops a lot and that is an understatement. Imagine needing to poop 250 times a day.

Do you think you’ll be able to get to the bathroom in time, every time? On a 24-hour day, pooping that much means you go 10-11 times every hour.

If you constantly run to the toilet, you won’t get anything done! But back to chinchillas.

These little guys and gals poop 250 times every day so there’s no time for them to make it to the litter box.

Another drawback to litter training your chin is that their poop doesn’t smell. Usually, when you litter train a pet like a rabbit or a cat, you’d put some of their poop in the litter box.

The animal can smell their poop in the litter box, and know they need to go there. You enforce this good potty behavior with treats, praise, and scratches.

But if a chin’s poo doesn’t smell, then they won’t know to use the litter box for their number 2 business. At least a chinchilla’s poop is easy to pick up.

These droppings are hard and look like brown rice grains.

The good news is that you can train your chinchilla to use the litter box for their number 1 business – that is, to urinate in a litter box. 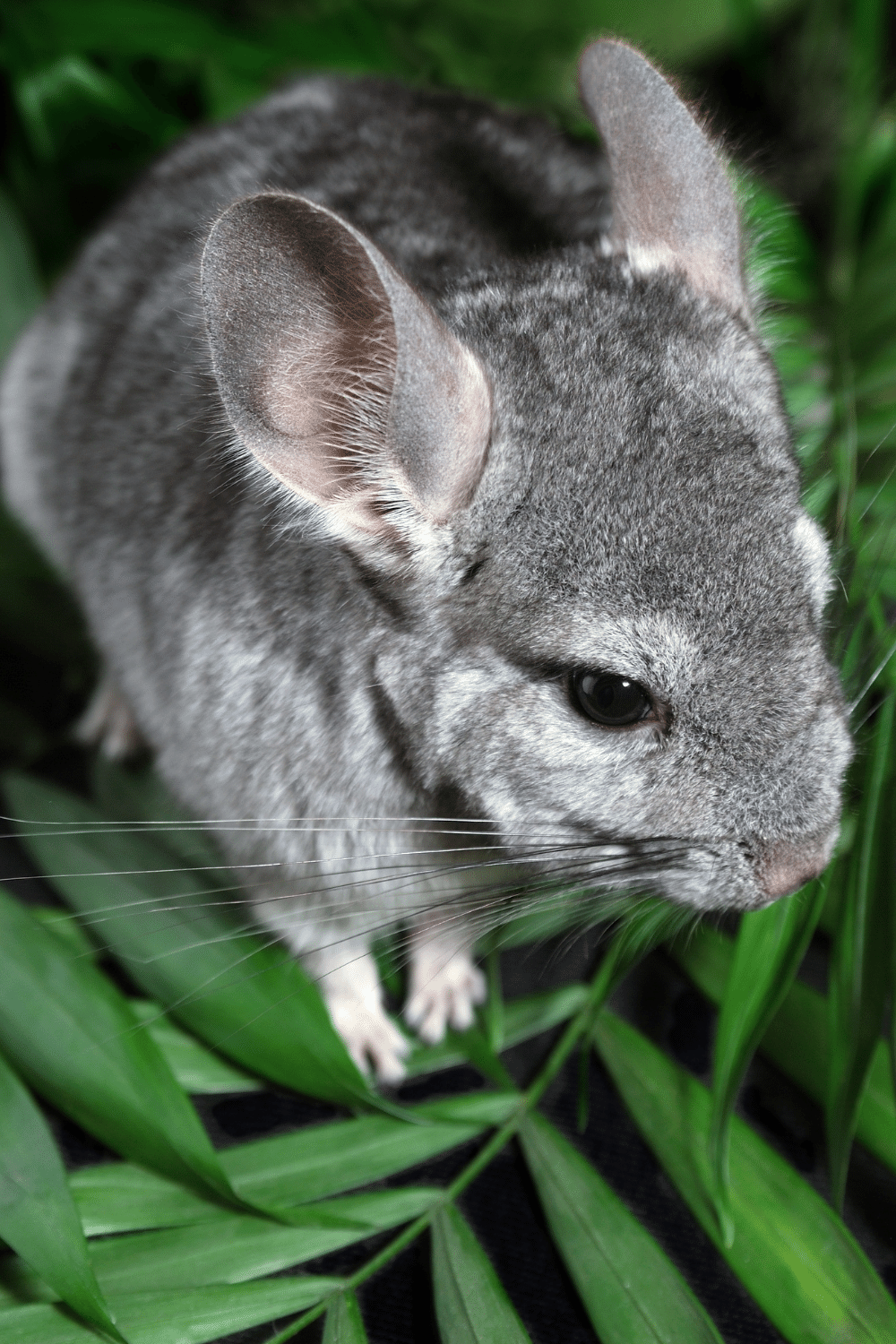 5 Tips to Potty Train Your Chinchilla

Now that you know you can litter train your chinchilla when it pees, here are some tips I’ve learned when training my chin to help you:

When your chinchilla has control over their bladder, which happens when they are around 6 weeks old, you can start litter training them.

My local vet advised me to ensure my chin was used to his cage before I started with the potty training, so that’s what I did.

I got my chin when he was around 4 weeks old, and then I made sure the little guy got used to his enclosure.

Once I noticed he had control over his bladder – when he only peed in 1-2 spots in the cage – I knew it was time to start with the training.

So what about older chins? It isn’t impossible to litter train an older chinchilla; it’ll just take longer, which means you need a lot of patience. 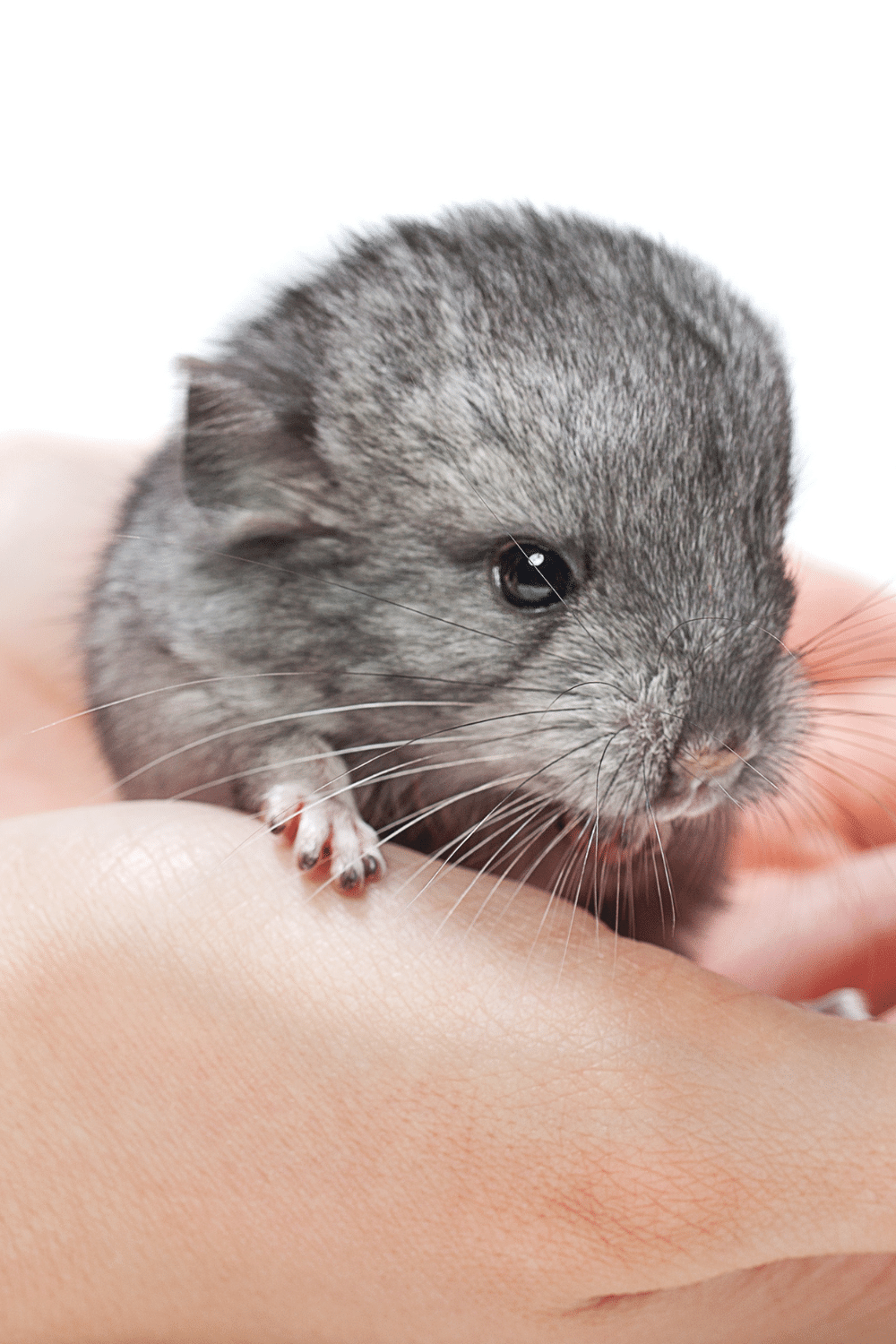 Step 2: Encourage Your Chin to Go in the Same Spot

Effective potty training means simply encouraging your chinchilla to use the same spot when they need to go.

You can’t tell your chin to use the bathroom, but you can “show” them where you’d like them to go – after you’ve watched your chinchilla and know which spots they prefer to pee in.

To encourage your chin to use the same spots (because you can place two litter boxes in their enclosure), only remove the bedding in the cage that hasn’t been peed on.

Yes, I know. You want to clean the cage daily, but just be patient.

Hopefully, your chin will pick a spot or two in which to urinate, and then you can use these for the litter training. 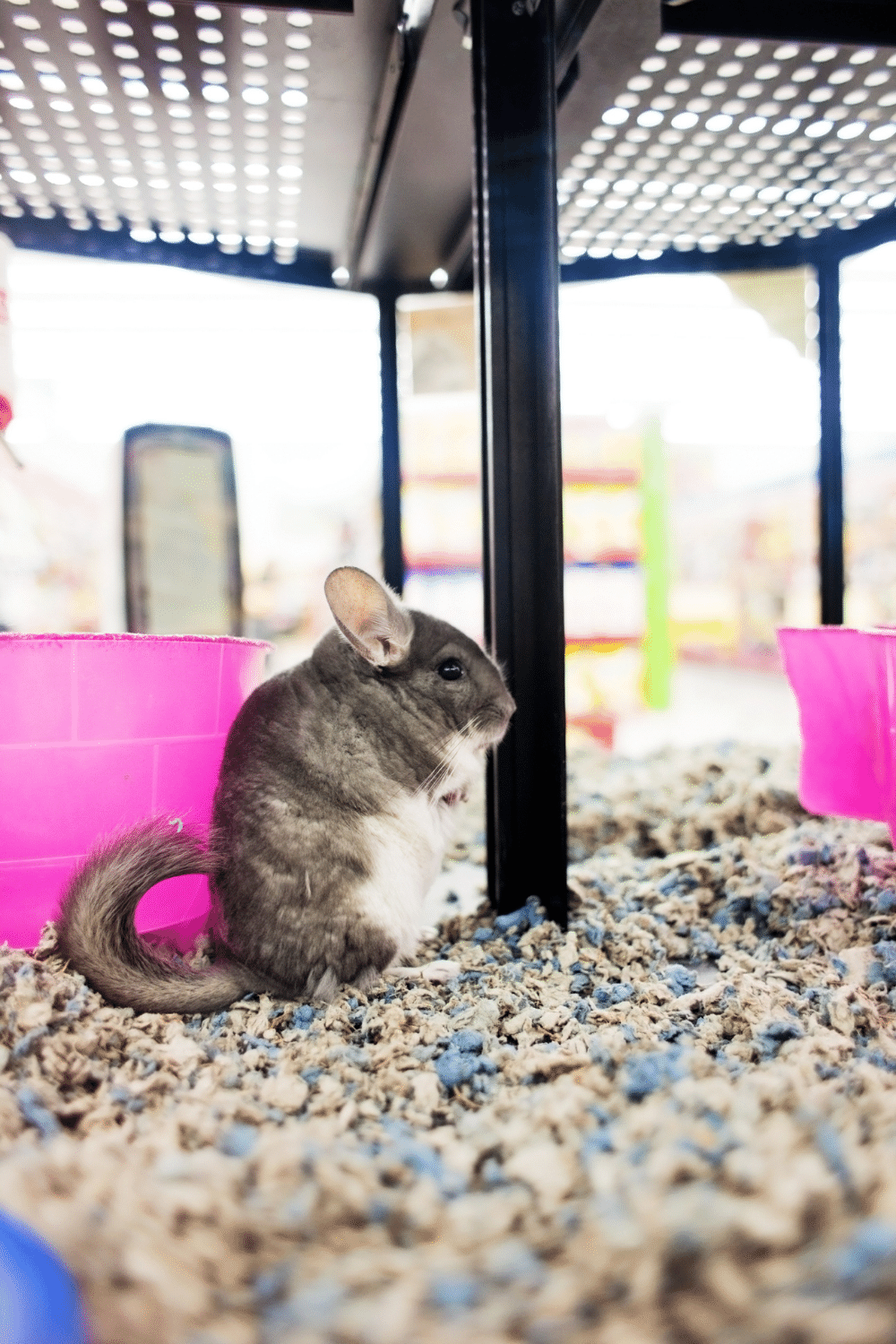 Encourage Your Chinchilla To Go In The Same Spot

When you know where your chinchilla likes to pee, you can place the litter boxes in those spots.

Your chin will have already associated peeing on the bedding where they can smell their urine.

Place some of that peed-on bedding in the litter box to encourage your chin to use the box.

Don’t move the box until you are sure your chin associates the litter box with where to potty.

However, if you do move the box, place some soiled litter or bedding in the litter box so your chinchilla can smell their urine and know where they need to potty. 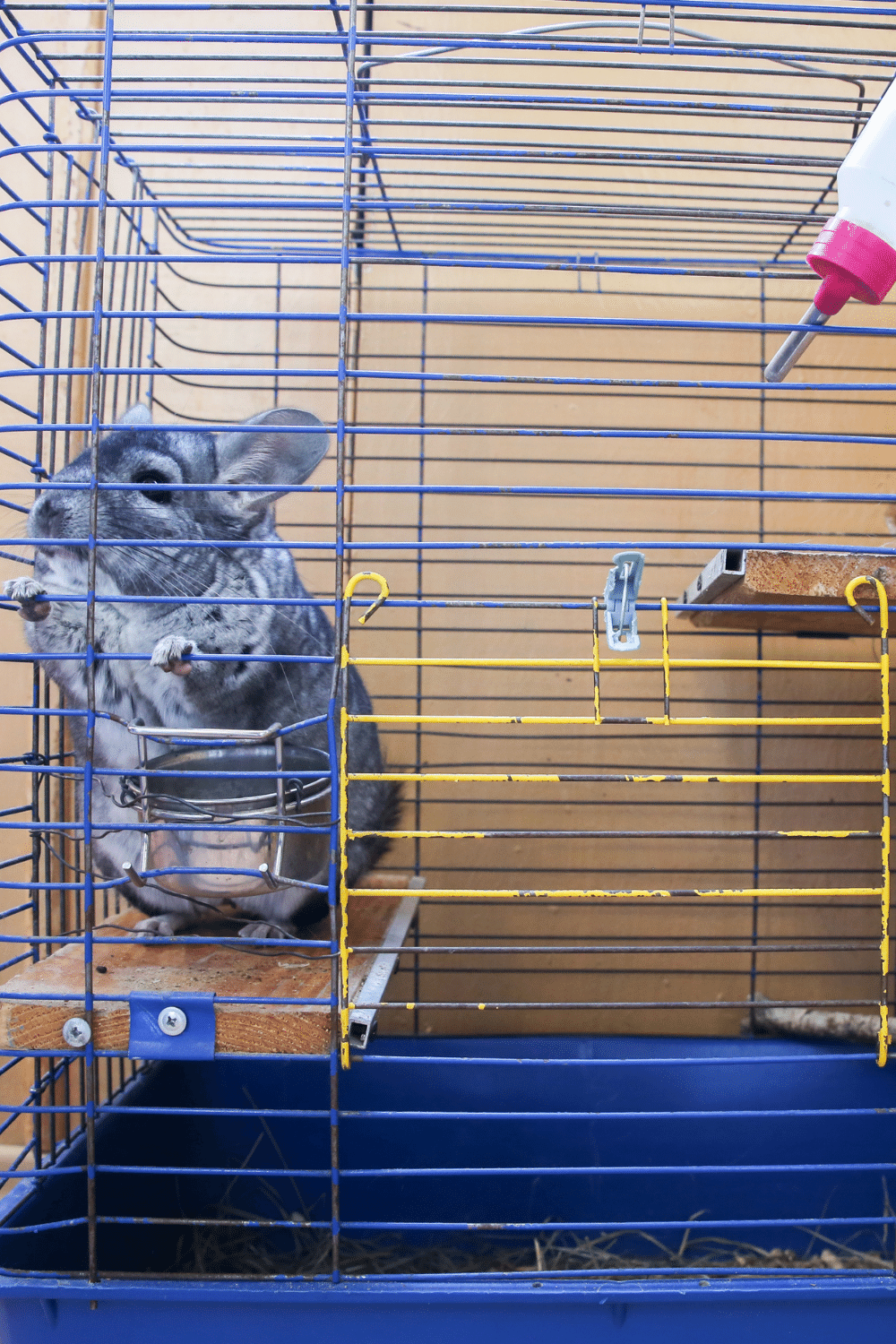 Use the Chinchilla Favorite Pee Spots

Step 4: Use Treats and Toys as Positive Reinforcement

Increase the chances of successfully potty training your chinchilla by using positive reinforcement – like toys or treats – every time your chin uses the potty to urinate.

You can give your chinchilla some treats or toys or attention to them so they know they’ve done a good job. 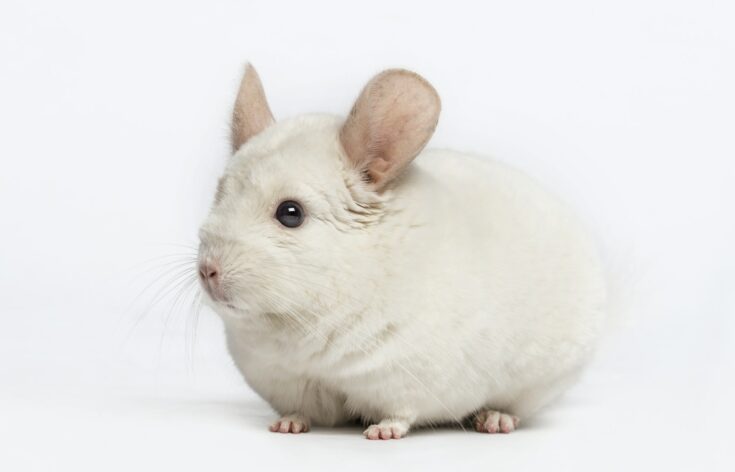 Use Treats and Toys As Positive Reinforcement

Choose a metal chinchilla box that has wire mesh so the chin doesn’t stop, stand, or sit in their urine. A chinchilla’s fur shouldn’t get wet – it takes forever to dry because it is dense.

If your chin catches a cold or gets hypothermia, it could die. 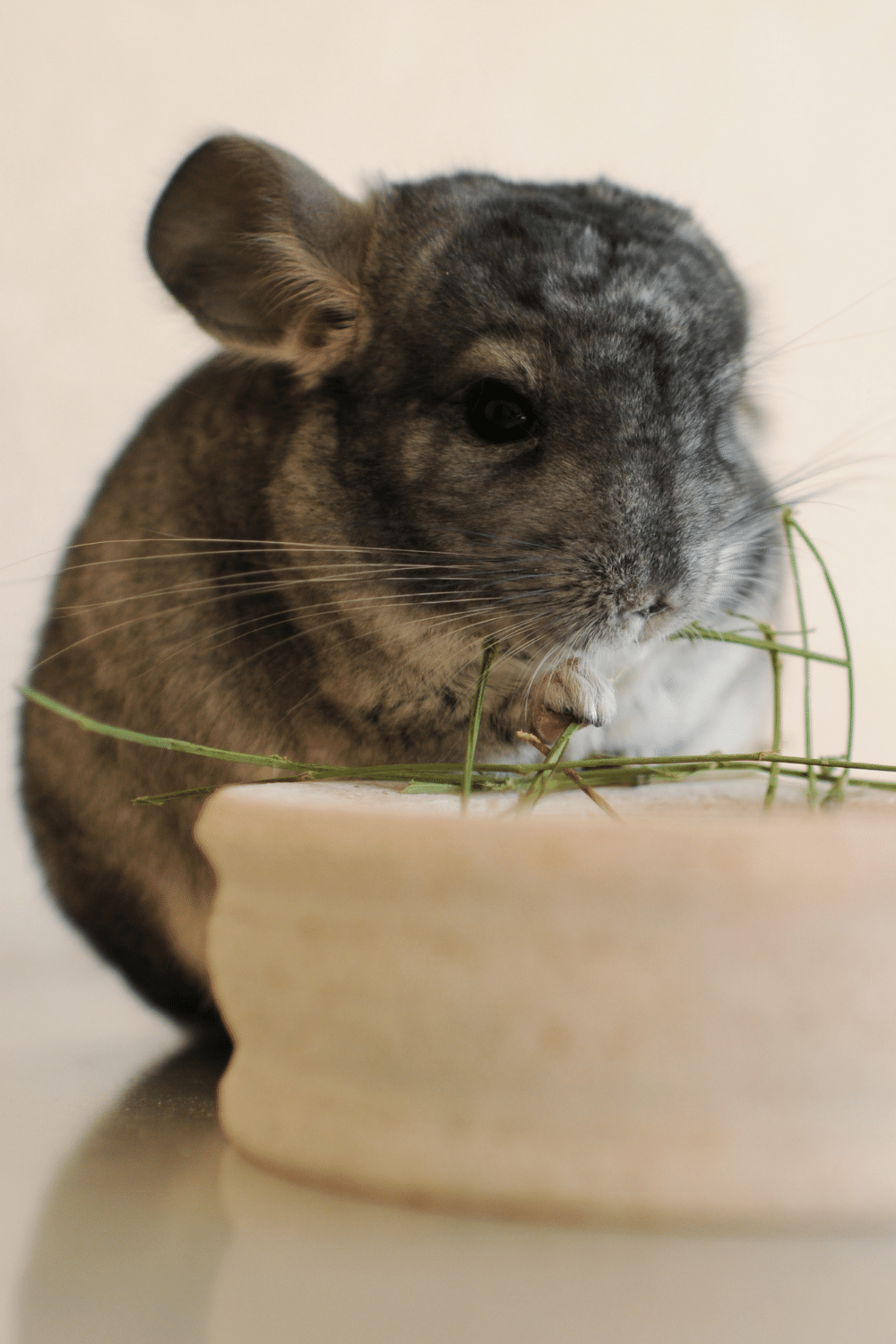 What can you train a chinchilla to do?

You can train your pet chinchilla to use a litter box, stop undesirable behavior, and even climb into your hand.

How messy are chinchillas?

While a chinchilla has a rabbit’s face and fur, these small mammals aren’t as clean as their bigger cousins. Chinchillas are messy. They require a regular dust bath, which is a messy activity, and these pets also poop everywhere. While you can litter train a chinchilla, you need a lot of patience and a young chin.

It wasn’t easy to train my chinchilla to use the potty when he urinated, but with persistence, motivation, and lots of positive reinforcement, my little guy finally got it.

Remember that you can’t potty train a chinchilla to pee and poo in a litter box.

You’ll still need to pick up the chinchilla droppings as your little pet poops wherever they are, but potty training your chin to use the litter box to urinate in is a win.

It makes cleaning easier for you, which is a big win in my book.

Have you tried to litter train a chinchilla? How did it go?