How Do Snakes Poop? Ooh! Interesting! 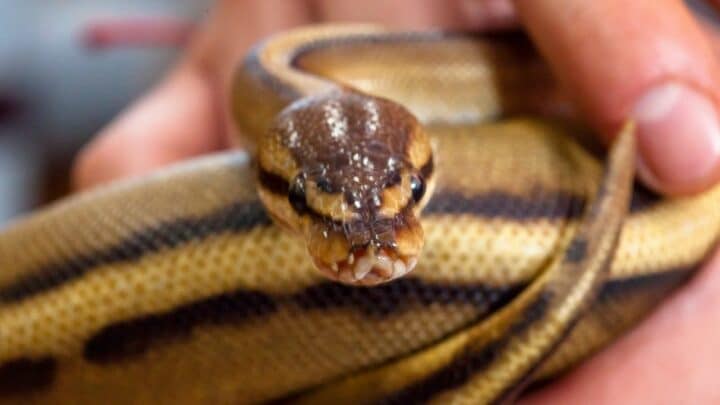 There are many things about snakes that humans don’t understand unless, of course, you’re involved in working with or researching them.

Snakes are elusive, they don’t love showing themselves to people in the wild, and we cannot comprehend many of their behaviors.

Physically, snakes are pretty incredible. They move quickly and efficiently without any legs or external extremities, but how do they go to the bathroom?

Most people don’t know the answer to this question, leaving much of the world wondering, how do snakes poop?

How Do Snakes Poop?

No Snake Poop is the Same

Every species of snake poops differently. No two snake species will poop the same, as they all have different diets and eating times.

Basically, the more frequently a snake eats, the more regularly he will poop. If we’re talking about a species of snake that eats once or twice a year, the snake will likely only poop a couple of times each year.

As humans, it’s quite hard for us to fathom!

Snakes poop when the gut has finished extracting the nutrients it requires from the food it eats.

Whether the food is a frog, mouse, or deer, the snake’s body is well-adapted to take what it needs to keep up and running, and then, like humans, the rest comes out.

Every animal on Earth has a body that is instinctually adapted to encourage survival. Snakes are not an exception to this evolutionary rule.

Some snakes can (and do) hold their poop to make themselves heavier, making it easier for them to hunt and kill larger animals. However, for the most part, snakes excrete their poop when nature calls.

Length of Time for Excretion

All snake species take varying amounts of time to excrete what they don’t need from the food they’ve consumed. For example, Rat Snakes poop every two days, while a Bush Viper poops every three to seven days.

While domesticated snakes may poop on a schedule, it’s not likely to find a snake in the wild that has an exact time or place to poop.

They’ll go when they feel it’s time, and they know what’s best for their bodies, which is why we’re always learning from them.

Snakes have been known to hold it when they want to. One snake is on record for holding his poop for over 400 days.

Because of this ability to hold it in, a good chunk of a snake’s body weight comes from how much poop he has in his body.

Between five and twenty percent of a snake’s body could be fecal matter at any given time. Thinking about it, that number is astonishing!

It makes you wonder how some snake species can move quickly when they’ve got so much poop holding them down.

In retrospect, snakes only hold their poop when it’s advantageous to them, such as if they want to weigh more for hunting purposes.

If it weighs them down too much, which is the case for many smaller species, they’ll go on a more regular and predictable schedule.

Some snakes (such as the elusive Gaboon Viper) don’t move for long periods of time, which means they don’t have any reason to poop frequently.

If a snake has to boogie, he’ll likely let go of the extra feces holding him back sooner rather than later.

In any situation, the snake can choose to dispel his feces if he deems it immediately necessary. It’s a gross but fascinating skill to have.

Do snakes pee and poop at the same time?

How many times do serpents poop daily?

Many snakes don’t poop daily, especially those that live in the wild, as their meals don’t come on a strict schedule. Smaller snakes poop every couple of days, while more enormous pythons might only poop once or twice every year!

You may have come across snake poop in your nature-based travels, but it’s unlikely that you recognized it as such! Snake poop’s much larger than you can imagine, measuring in similar width as the serpent’s body.

When you first learn the odd circumstances surrounding snake poop, you might find yourself intrigued and a bit disgusted. It’s not often we hear about any living thing holding its poop for over a year.

However, the way snakes get rid of their bodily waste is just as unique as they are, keeping us perpetually fascinated and learning. 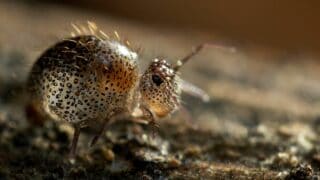 Previous
How to Culture Springtails? Here's The Answer! 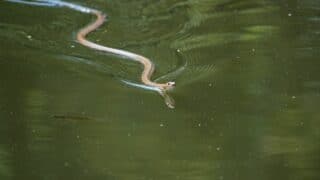 Next
How Do Snakes Swim? Amazing!