What makes cats roll on the ground?

We tend to worry about our little furballs, thinking that they do themselves a power of no-good by getting their silky coats grimy and filthy.

But it seems it never crosses our minds that perhaps cats aren’t as dumb as two heavy dumbbells, and maybe they do have a good reason or two for taking a dirt bath.

Or as Penn State University put it in their research, cats are not just some “low-maintenance dogs”, although research into cat behavior is still very limited.

Why Do Cats Roll in the Dirt?

Reasons that have been advanced for cats rolling in the dirt are: cooling off, entertainment, feeling frisky, marking territory, picking up useful bacteria to ingest, reacting to catnip, and scratching themselves. 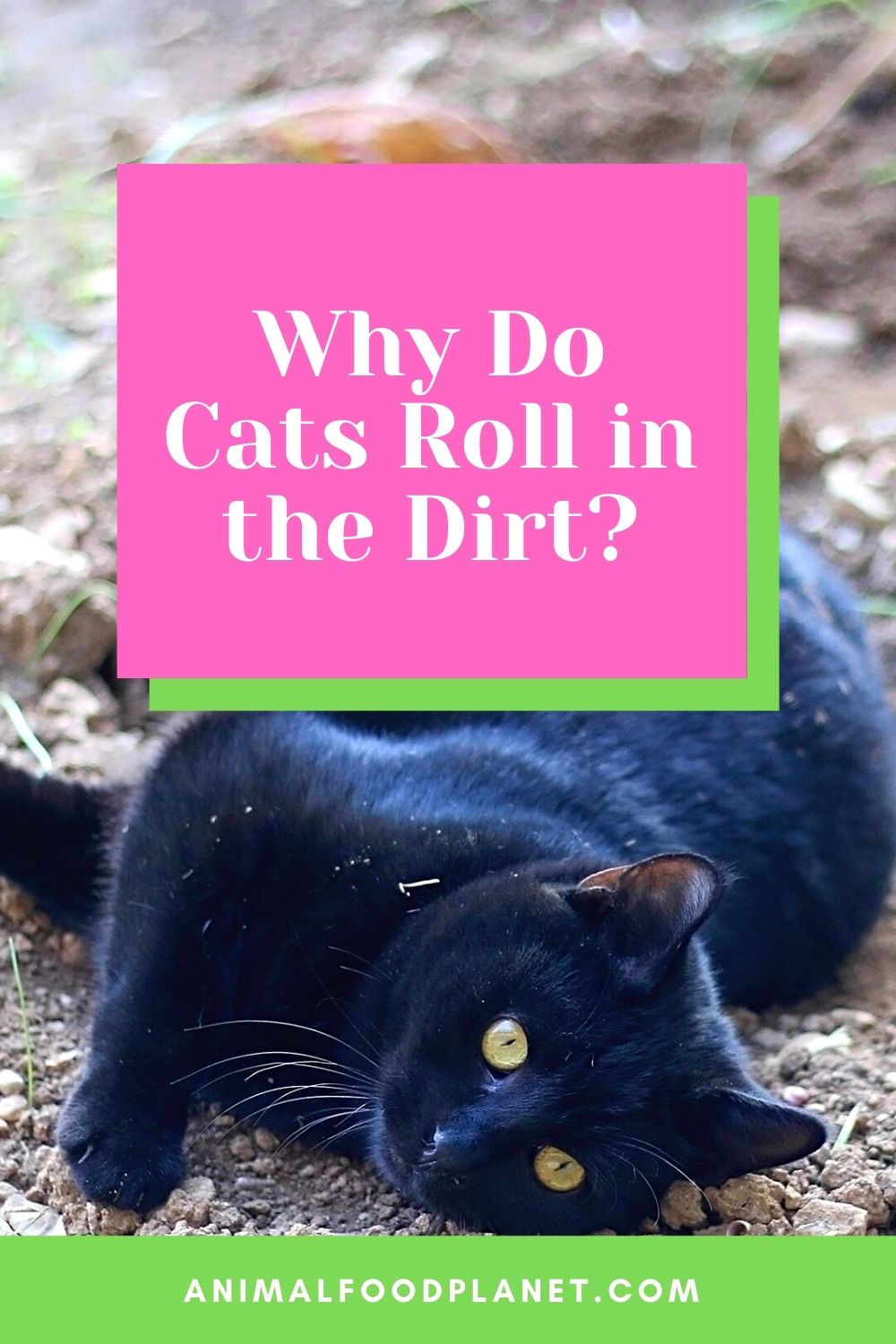 Why Do Cats Roll in the Dirt

Why Do Cats Roll in the Dirt – 7 Reasons

When dug up, there’s a soft, cool layer of earth beneath the ground’s surface that is in easy reach of cats’ claws. 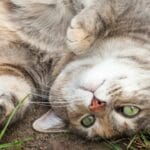 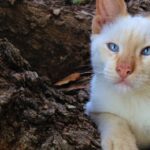 Cats have somehow figured this out and can often be found rolling around in the cooling embrace of a dirt bath they’ve dug for themselves. 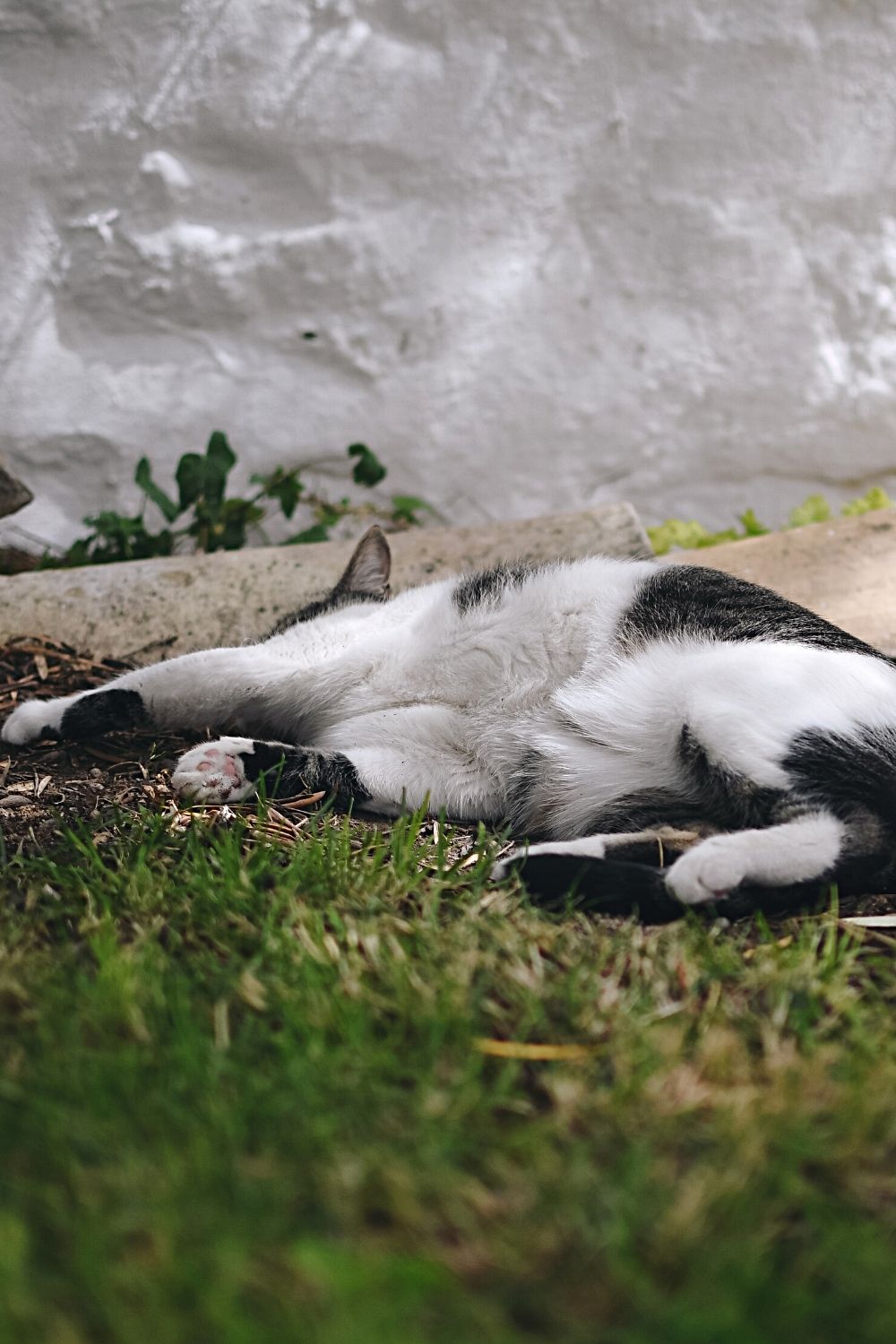 Cats roll in the dirt to cool themselves off, especially when they dig a dirt hole

This behavior explains why your cat frolics in the dirt more often during the summer’s dog days (oops, sorry, cats).

Since physical activity raises the body temperature of all creatures, it stands to reason that your cat will feel hot and bothered after a walk on a warm day.

And, if the theory that cats use the coolness of a freshly dug dirt hole to cool down, you’d expect to see cats rolling around in such holes after a walk on a summer’s day – and in fact, this is exactly what we do see.

When you notice your cat having a lot of dirt baths, ask yourself if it could be because your pet could be uncomfortably warm.

If, on the whole, you think he might, then give it other means to cool down, like a stone floor away from direct sunlight, plenty of water, or its own space near to a fan. 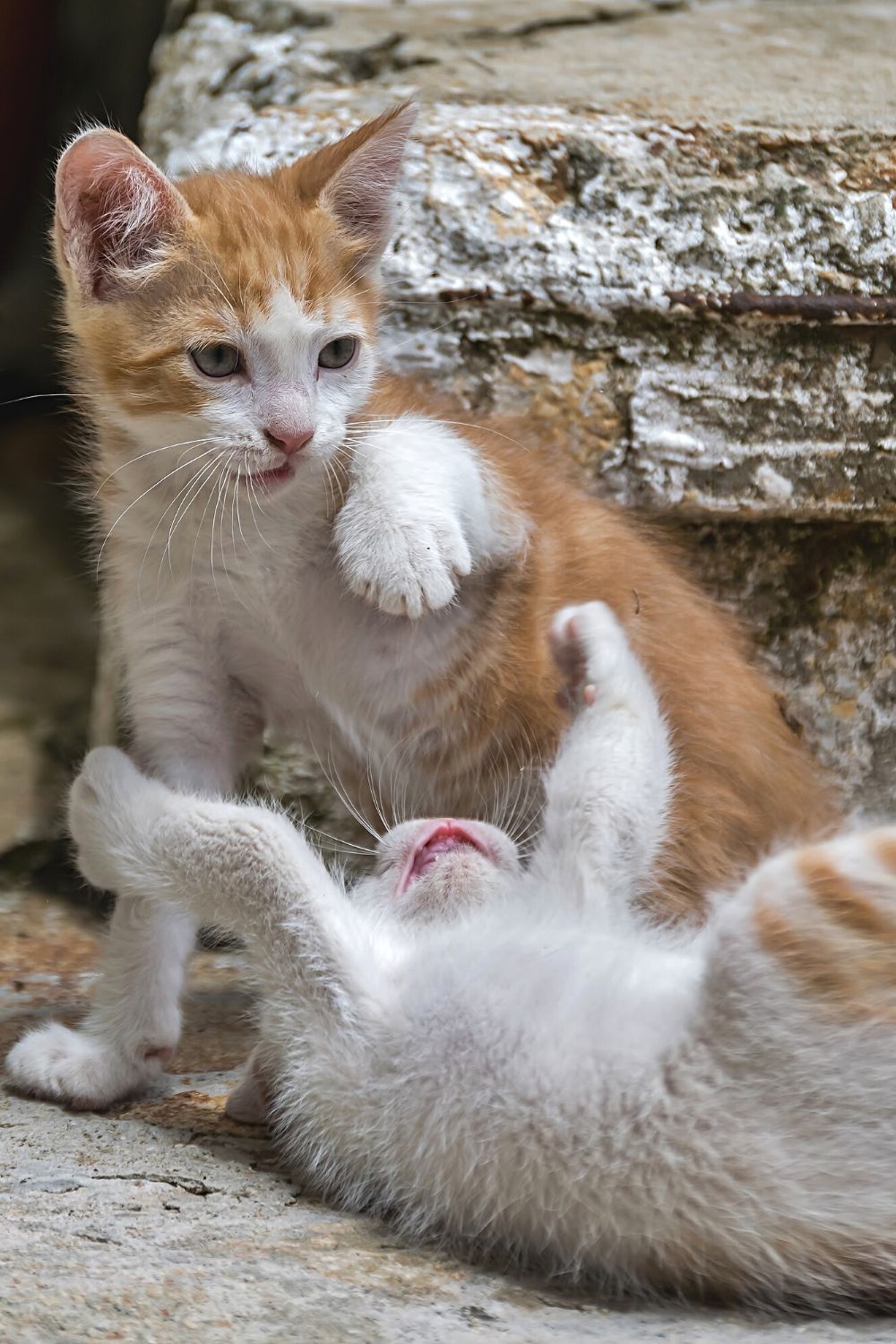 Like humans, when cats are still youthful and strong, they like to play various games; climbing up trees, leaping over fences, harassing the local wildlife, picking unwise fights with pit bulls, and rolling around in fresh, cool dirt.

Unlike humans, being unable to get onto Tik Tok or Only Fans to advertise their suitability and availability to worthy males, female cats have to make do with what the Good Lord has given them, i.e., pheromones.

These chemical agents of chaos spread the news that a female cat is looking to get hot and bothered (in a different way to the one mentioned earlier) with a strapping tomcat.

One way for female cats in estrus to spread their pheromones is to rub the scent off their glands (or spray their scent) and into the environment.

Turns out, rolling around in dirt does an excellent job of helping Ms. Cat with this venture, quickly getting the worked-up cat’s message into the surroundings and working hard on her behalf.

Dutifully and inevitably, one or more discombobulated Mister(s) Cat gets all riled up and goes looking to get some.

This particular behavior of female cats is driven by hormones, so it’s no good trying to intervene. In fact, it’d be downright cruel if you ask me.

It’s like asking a teenager to stay home on Friday evenings and study. Sheesh.

Cats communicate primarily through scents. When felines roll around in the dirt, they spread their scent on the ground using scent glands in their cheeks, flanks, and paws.

Funnily enough, this behavior isn’t restricted to ordinary household pets but to savage cat-beasts of fields and jungle, like lions, tigers, leopards, and jaguars.

When your cat rubs its face against the floor, the door, the sofa, or somewhat insultingly, you, it is actually marking its ownership. 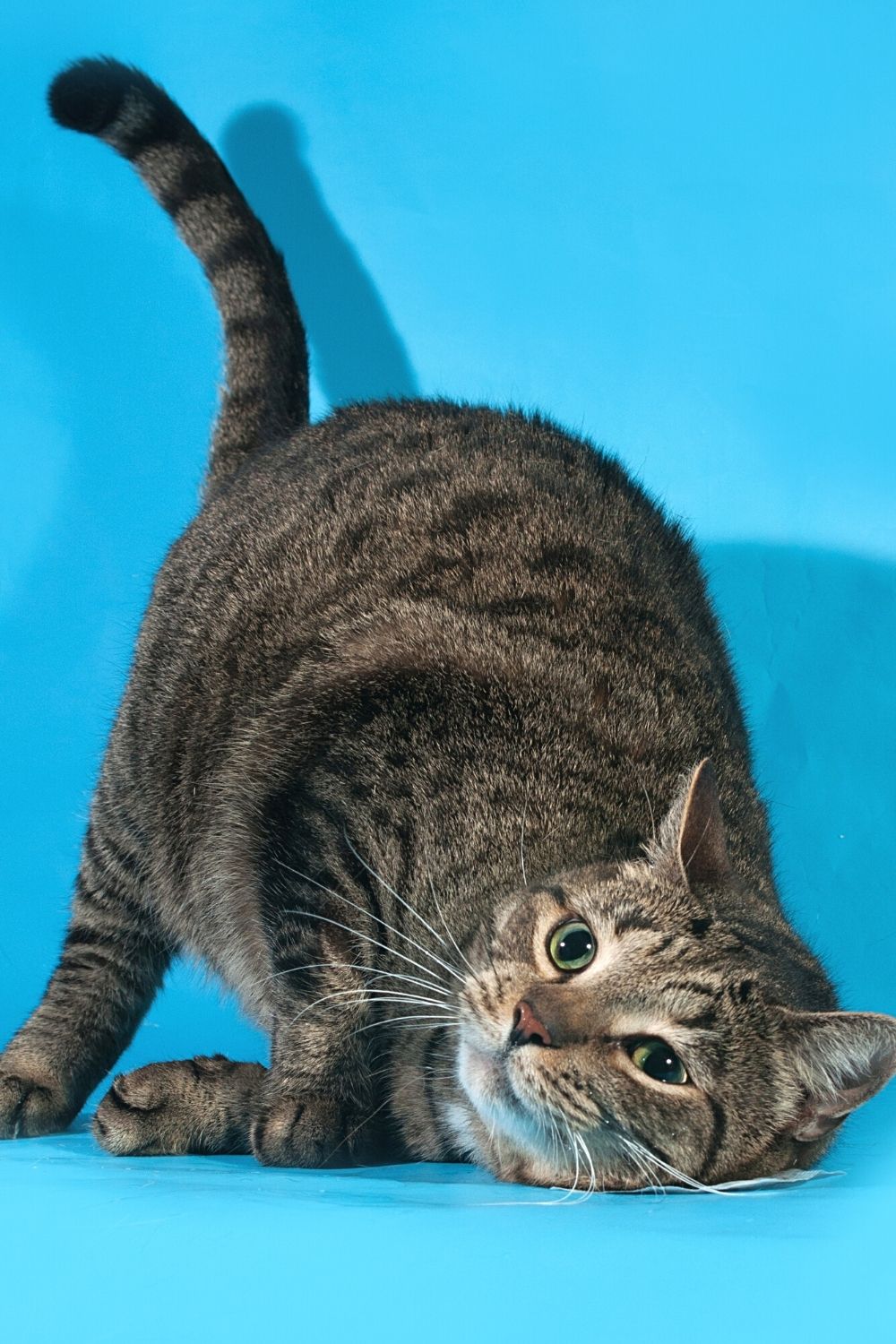 It is declaring to other cats, “This here’s my space, dagnabbit!”

Actually, take heart. When you are wearing a cat’s scent, you’ve actually become ‘one of the gang,’ and you’ve been let into the cat’s team.

Acknowledge such an act as an honor and not an insult, to be marked this way. (Cats don’t just mark everyone. They would never mark people they dislike or don’t trust.)

Cats take care of their digestive system the way some humans do – by ingesting the right bacteria.

However, where humans can saunter into the local supermart and grab thimbles of probiotics off its shelves, cats have to resort to other means to get their dose of helpful bacteria.

This is where rolling around in dirt comes in.

When the cat rolls around on earth, its coat becomes contaminated with earth-born bacteria. 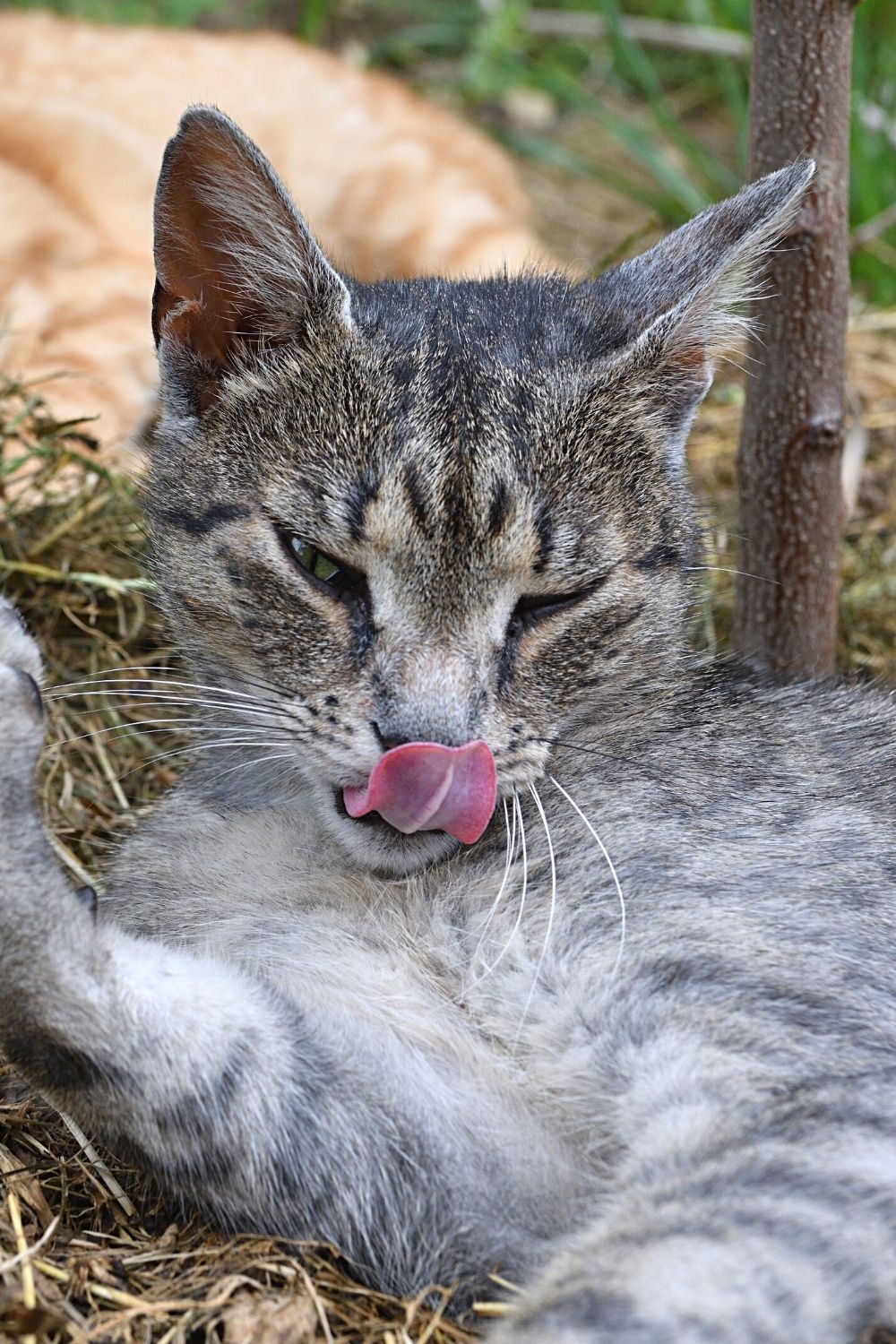 Luckily, many of these bacteria do a sterling job aiding and abetting certain biological processes in the cat’s tummy, so all the cat has to do is… lick its fur clean! Clever stuff, no?

This is yet another reason to let your cat romp in the dirt; doing so can benefit its health.

Catnip has an interesting effect on about half the cat population.

Reactions of sensitive cats to catnip include exuberance and vigorous gambolling, lassitude, and somnolence – being laid back and sleepy.

Anyhoo, if you’ve got catnip in the garden, catnip toys in the house, or catnip just lying around like cocaine at Scarface’s pad during the good old days, and if your cat is one of the 50% of cats that are affected by catnip, then rolling around is par for the course. 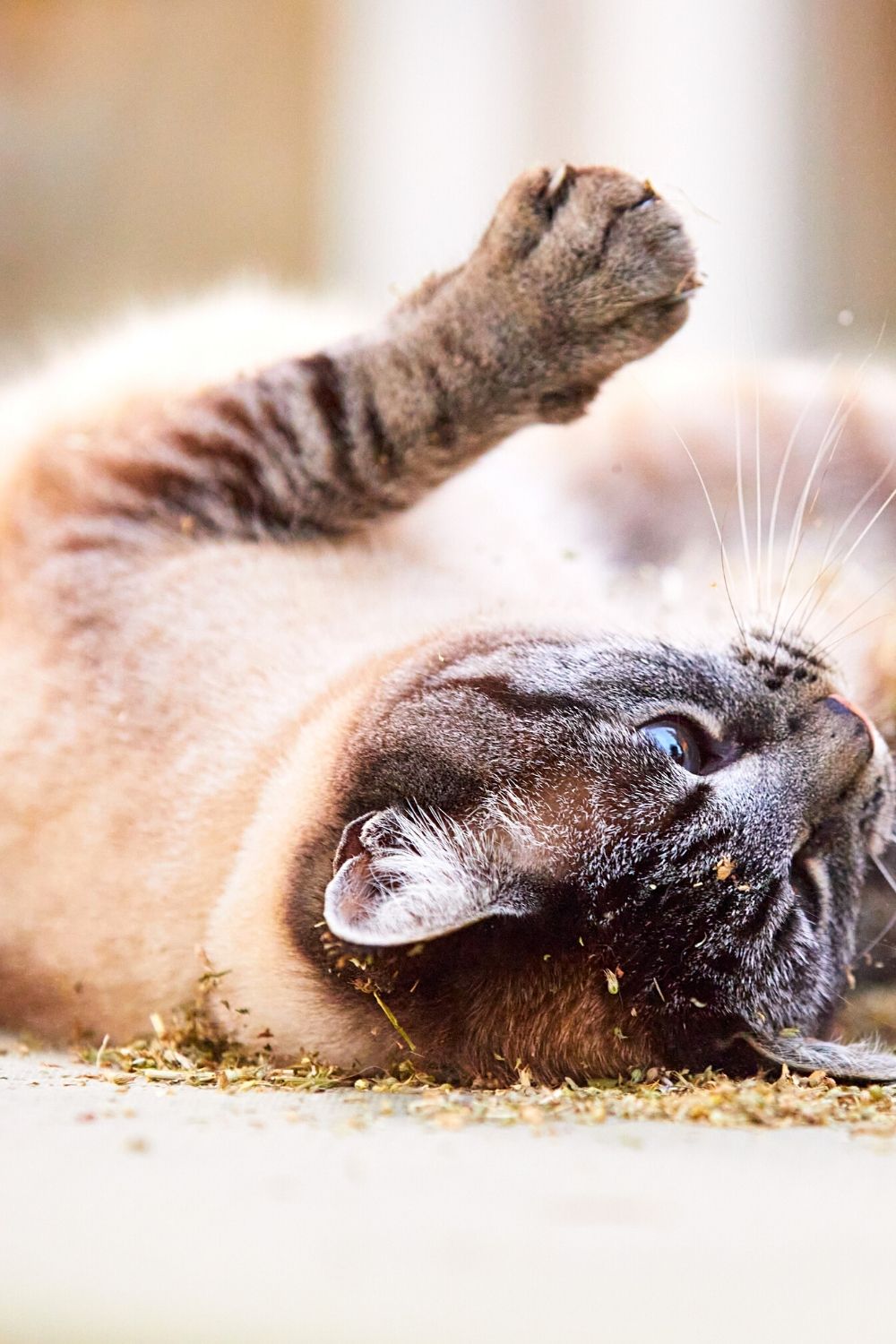 When it comes to catnip, cats roll around anywhere and everywhere. Floor, bed, couch, dirt, litterbox – yes, eww – you name it, your cat will very likely roll in it.

Catnip is not addictive, and it is safe for our furry friends. The effect of catnip lasts for between five and fifteen minutes.

Do you know that itch you can’t quite reach? Well, so does your cat, and one way to scratch that itch, no dirty innuendos, thank you, is to roll around on some rough earth. 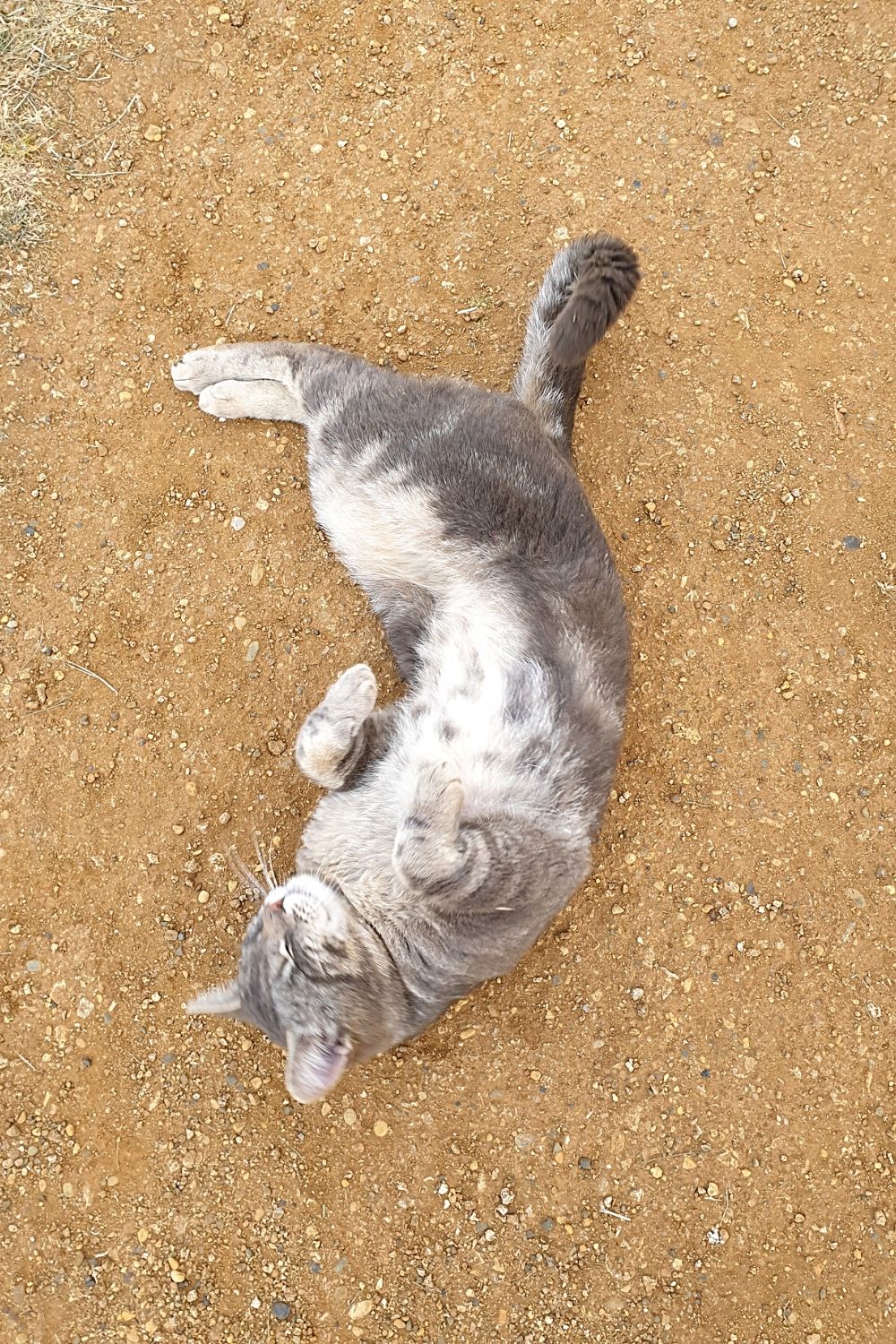 When a cat’s back is itchy, the feline tries to relieve itself of the itch by rolling in the dirt

You can always get your pet a scratcher specifically designed for cats to prevent this behavior.

Your cat should like it, and you’ll not have to worry about having it work out its itchy issues in backyard grime.

By the way, if your cat is constantly rolling around in the dirt and it isn’t for one of the other reasons, maybe take it to see a vet before things get hairy if you know what I mean.

Frequently Asked Questions about Why Cats Roll in the Dirt

Is it true that only female cats roll in the dirt during estrus?

Male cats don’t ‘rut,’ unlike, say, male elephants. They are affected by females in estrus, of course, but as they don’t seem to roll in the dirt in a way, we can connect to the female cycle. Therefore, it is true to say that only female cats roll in the dirt during estrus.

Do cats roll in their litter boxes?

A cat will roll around in its litter box. More often than not, cats seem to do this when their litter box has just been tidied, so it may be that the cat is ‘scent marking’ its ‘new’ territory, to claim it as its own.


Afterword: Why Do Cats Roll in the Dirt?

There are many reasons your pet rolls around in the dirt.

Rolling in the dirt isn’t normally an issue for cats, but it might be for fastidious cat owners. That’s too bad for the cat-owners, I’m afraid.

When it comes to nature, it is what it is. Understand that rolling in dirt is usually good for your cat, and get with the program.