Cool! You’ve got a snake as your very first pet. Though it’s quite exotic for you to consider a reptile as your domestic buddy, many people feel unusually attracted to these serpents.

However, like other pets that people get, age is one of the deciding factors for you to say it’s ready for adoption. The only thing that makes this feat difficult is the lack of tell-tale characteristics to decipher it easily.

So, how can you accurately tell a snake’s age? Well, you only have to continue reading the article below for you to learn about it.

How to tell the age of a snake?

Learning to tell a snake’s age isn’t something you can do with merely just a look. To accurately guess a serpent’s age, you need to look at five interrelated characteristics rather than take them out individually. These traits are length, weight, head size, coloring/pattern changes, and injuries. However, if you find it challenging to approximate the snake’s age yourself, you can take your beloved pet to experts near you. Depending on your location, you can visit either a local veterinarian or a known snake breeder.

This first method is the most common characteristic taken into consideration when guessing the snake’s age. And, as it’s the most common, length’s considered as a critical factor in determining the serpent’s age.

But, even as length’s the critical factor in age determination, the gender of the snake also influences this characteristic. Generally speaking, female serpents tend to grow longer faster as compared to their male counterparts.

With that said, male and female snakes generally start as 10-16 inch hatchlings. Until their first year of birth, they can reach up to 2 feet in length regardless of gender.

However, after their juvenile year, this is where female snakes surprisingly start growing longer than males. Though it’s still a hunch, longer length’s attributed to a higher fertility rate and larger offspring, hence higher chances of survival. 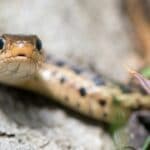 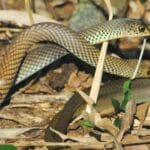 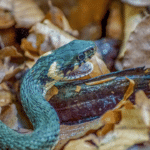 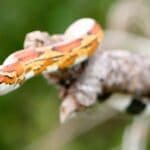 Once snakes reach the age of maturity, which is three years old, it’s typical for them to be at 3.5-6 feet in length. But, even as they reach adulthood, serpents still grow longer, though at a slower rate than their juvenile period.

Another tell-tale characteristic that can help us deduce a snake’s age is the weight. However, weight isn’t mainly linked to a serpent’s chronological age.

Technically speaking, a snake’s weight greatly influences its sexual maturity. In fact, a female serpent won’t get pregnant until it manages to achieve a certain weight.

But, regardless of their gender-specific weight attributes, snakes start at around 65-100 grams. Once they reach their first year, they’re expected to weigh about 400-600 grams.

And, same with their length, females start to pack on more weight starting their second year of life until they reach adulthood (up to 1,900 grams). Of course, weight’s highly dependent on a snake’s diet, so such a figure’s merely an estimate.

Even as serpents reach their age of maturity, they continue adding weight. But, just like with their weight, it’s expected that the rate of increase slows down as they age.

The third characteristic you should observe in your beloved snake is its head size. However, just like the first two, you need to correlate this attribute with the serpent’s body size.

Like a human’s ears and nose, a snake’s head also grows slightly as they age. If you try to compare an older snake with that of juvenile ones, you’ll notice that it typically has a larger head size.

But, of course, it’s a challenging feat to note this subtle characteristic unless you have extensive experience in taking care of them.

As humans age, it’s common for our once vibrant crowning glories to lose their flair and settle in the subtle shades of gray and white. Surprisingly though, snakes also undergo such a transformational process, only in a subtler way.

A snake’s color and scale pattern can also give you clues as to its chronological age. As serpents gain more years, their scales tend to fade, and the symmetrical scale pattern falls into disarray.

With that, snakes ranging from age three up to 10 years show off more symmetrical and brightly colored scale patterns. When they reach the age range of 10-20 years, these vivid colors and symmetry start to fade.

Once they reach 20-30 years, their previously vibrant scales and patterns fade, leaving them with a duller appearance.

However, like the first three characteristics earlier, these color and pattern change merely give you a fair estimate of their age.

Fifth but not least in approximating a snake’s age is the presence of injuries on their bodies. But, this method’s more helpful when used on a wild serpent as compared to captivity-bred ones.

Generally speaking, the older the snake, the more scratches and scars appear on their scaly bodies. Typically, these injuries are a result of their encounters with predators.

Another tell-tale sign of a serpent’s age is the presence of a broken and kinked tail. Just like the scratches they incur on their sides, kinked tails also result from a snake’s run-ins with predators.

But don’t expect to see the same battle scars in captivity-bred serpents. Since they’re mostly sheltered from harsh weather conditions, it’s rare for a captive snake to have injuries as those that grew up in the wild.

Who to call when you have a doubt

Regardless of how keen you are in observing the details mentioned above, guessing a snake’s age correctly takes a lot of practice and experience.

Hence, if you’re a new snake enthusiast, it’s best to seek help from its breeder. With their extensive experience in taking care of differently-aged snakes, it’ll usually take them a few looks to give you a fair estimate.

Aside from that, breeders can usually make comparisons between your snake and the ones in their care to give you a specific age.

But, if you don’t know a local breeder near you, then take your beloved snake to the vet. Trained in various animal types’ medical care, it’s not surprising for veterinarians to estimate a serpent’s age accurately.

Though the ability to tell a snake’s age isn’t a skill learned overnight, constant exposure to them ultimately makes one an expert in the long run.

So, don’t fret if you can’t readily provide an answer when asked about your reptilian friend’s age. At best, make a fair estimate using the methods listed above, and you’re good to go.