Telling a snake’s gender is not as easy as looking at the snake and saying oh, it’s a female or a male. Snakes do not have any indicators of their sex that are accurately visible, like humans and other animals.

You can only tell a snake’s true gender by examining the snake’s inner organ or structure.

As a snake owner, you may be uncomfortable probing or popping your snake. There are a few species that are common pet snakes that may help you avoid sex-confirming methods.

I breed snakes, so I don’t have the option of using the following gender determination options.

However, if you’re not interested in breeding and just want to know what your snakes’ gender is one of these options should work for you, assuming your pet snake is the right species for these non-invasive indicators.

How to Tell a Snake’s Gender?

Non-invasively, you can tell a snake’s gender by looking at its pelvic spurs size, tail shape, and body size. However, there are only two sure ways to identify and confirm the gender of a snake – by popping or probing the cloaca, both of which are invasive.

Pelvic spurs seem to be tiny projecting bone spurs seen near the cloaca on snakes.

These are the last vestiges of legs. Spurs really aren’t found in all species of boa and python, although they can be found in the majority of them. 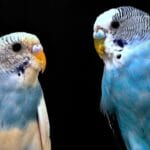 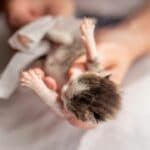 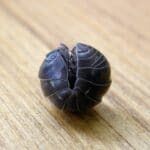 The size of spurs can be used to determine the gender of some snakes who have spurs, such as boas.

Gender can’t always be determined by looking at the spurs in certain snake species. Female pythons, for instance, can develop spurs as large as males.

The tails of females and male snakes are slightly different due to variations in their anatomy. The distinction might be obvious (as in hognose snakes or subtle, as in ball pythons.

The tails of male snakes are longer than those of female snakes. Their tails likewise taper (thinner) with time. Females’ tails are shorter and suddenly taper after the cloaca.

Their tails must be long enough to accommodate their hemipenes. The cloaca is where a snake’s tail originates. To inspect its tail, do the following:

Size of the Snake

According to animal behavior, it’s typical for the female serpents to grow bigger than their male counterparts. Scientists believe it’s because bigger females may produce larger eggs and babies.

Sexual size dimorphism exists in boas and ball pythons. Females grow significantly larger in adulthood than males, despite the fact that their babies are the same size.

The cloaca, which is found on the snakes’ underbelly at their tail base, is present in both female and male snakes.

The cloaca has two functions: snakes use it to pee and defecate, and it also houses its sexual organs.

When the male’s ready for mating, his hemipenes emerge from the cloaca before inserting it into the female. More information about snake reproduction may be found below.

Female and male cloacae appear to be identical on the outside, yet they are not. The inconsistencies can only be noticed internally, thus adds to the complexity.

There are 2 ways for you to determine all the discrepancies.

It is recommended that only experienced snake keepers undertake either of these approaches. If you’ve never popped or probed a snake, you should get assistance from a veterinarian or herpetologist.

If you measure the snake, you might be able to determine if it is a male or a female. This strategy isn’t for every single snake, though.

When it comes to some snake species, such as colubrid, the size of the male and female are nearly the same. In certain species, such as rattlesnakes, males grow to be far bigger than females.

Cloacal popping is the process of physically attempting to evert your snake’s hemipenes with the help of your thumb.

If there are no hemipenes on your snake, it is most likely a female.

Although it appears to be simple, popping is really rather difficult to master.

It is simple to apply much more pressure, not quite enough pressure, or stress in the wrong spot, such as too far away from or too close to the cloaca.

Some people make the mistake of identifying their snakes for females simply because they haven’t mastered the popper method.

Some people make the mistake of identifying their snakes for females simply because they haven’t mastered the prober method.

The process of identifying the snake’s sex is basically the same. You need a special kit with a thin probe that is inserted into one of the thin holes near the cloacal.

This method is more complex and, unless you are experienced, it should be done by a professional.

Frequently Asked Questions about How to Tell a Snake’s Gender

How do you probe or pop a snake without getting bit?

The first and safest way to pop or probe your snake if you’re afraid it will bite you is to take it to a vet or have a herpetologist do it. If that is not the way you want to go, then have a partner hold the snake gently with one hand on the mid-section and the other supporting its neck while gently wrapping their hand around its mouth so it cannot open it. Be very gentle. You only want to keep the snake’s mouth from opening. If you put too much pressure on their neck you will cut off their oxygen, and they will stop breathing.

Does it hurt the snake to pop or probe it to find out its gender?

If you do it properly, popping or probing doesn’t hurt. But, if you’re unsure of steps or aren’t comfortable performing it, then do not do it! Have a vet or herpetologist do it for you.

I personally like to know the gender of my snakes and, of course, it is necessary for the ones I breed.

When I first started breeding, I had a herpetologist work with me and show me the proper equipment, handling, and technique because I was uncomfortable just diving in with little to no knowledge.

Do what makes you comfortable and what’s best for your pet snake.