How To Know If Your Hamster Is Blind? Hamsters are cute, fuzzy, playful, affectionate, and easy to keep. They make great pets for apartment dwellers who cannot have a dog or cat.

According to the RSPCA, there are 24 different species of hamsters that all belong to the Cricetidae family.

Like fish, they simply exist in an enclosure, but unlike fish, you can take them out and play with them. Hamsters are sold in most pet stores and even online and they are not expensive.

The colors vary tremendously, but you should be careful when purchasing as hamsters can have health problems. One of the health problems is blindness and it is caused by many reasons.

It is a common problem as hamsters are prone to conjunctivitis which is known as pink eye. Hamsters can develop pink eye from injury, illness, old age, or heredity.

How to Know if Your Hamster is Blind?

If your hamster’s eyes show signs of protrusion or inflammation, it could already be blind or on its way to becoming blind. When you pick up a hamster from the front end and it jumps, it’s showing signs of blindness. Cloudiness of the eyes can signal glaucoma, especially in an older hamster. 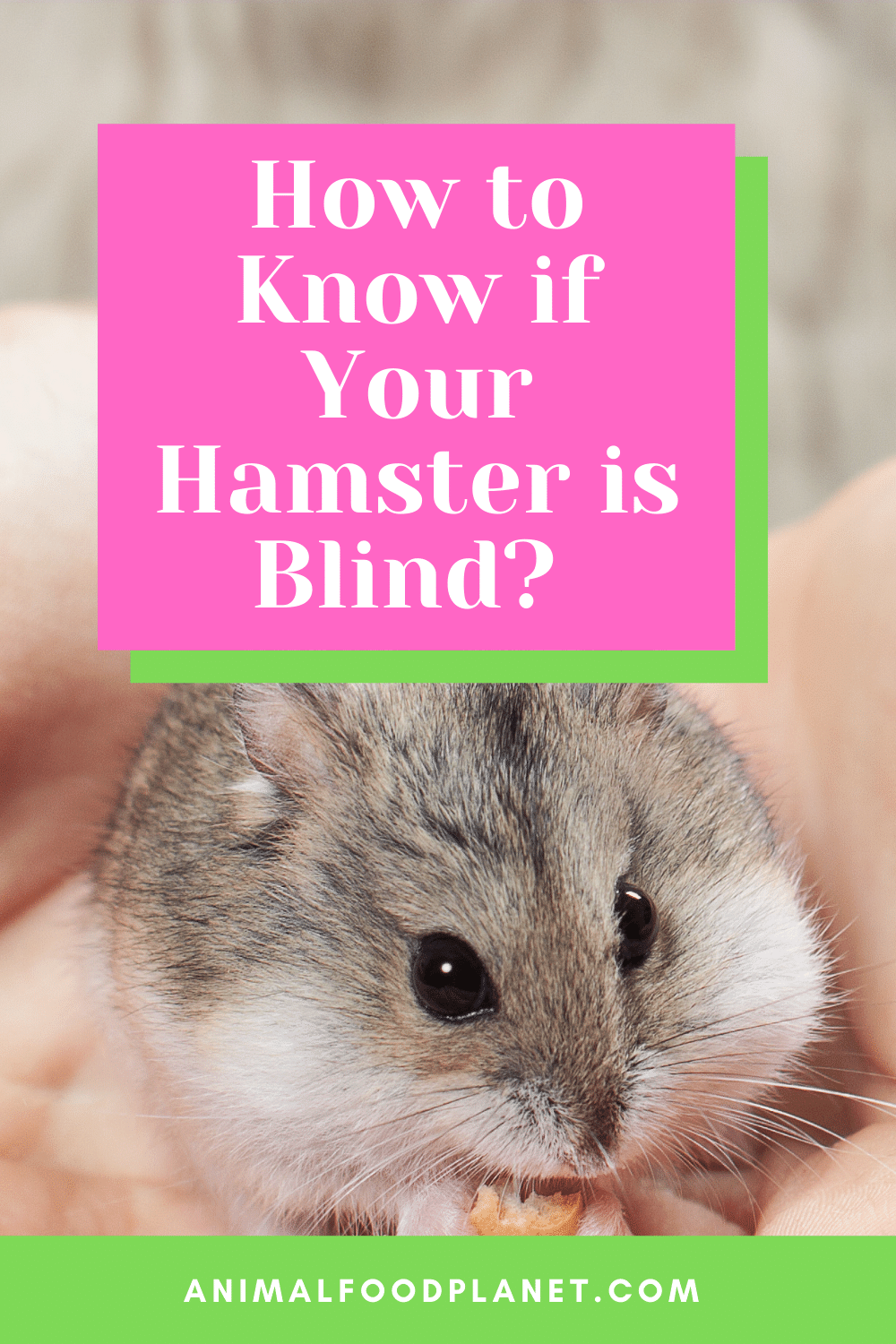 How To Know If Your Hamster Is Blind?

A Sure-Fire Way to Know If Your Hamster is Blind

This is not an easy question to answer as most hamster owners know that hamsters very seldom look around or directly at you or objects.

Like squirrels, they focus on the food in front of them with intensity and honestly do not take in their surroundings.

Of course, going to the vet should be done and yes vets do treat hamsters and other small mammals.

Hamsters are food-driven however, and eat almost all day long. If you suspect your hamster is blind, get a treat that they like, usually a fruit or vegetable they enjoy, and hold it a few inches away from their head.

Keep moving the treat closer until the hamster notices and snags it. If you have to hold it a centimeter or less from its nose, then your hamster is most probably either totally or partially blind.

In addition, hamsters always jump in fear when picked up from behind but not from the front end and this signals that they do not see you at all since you are close up at this point. 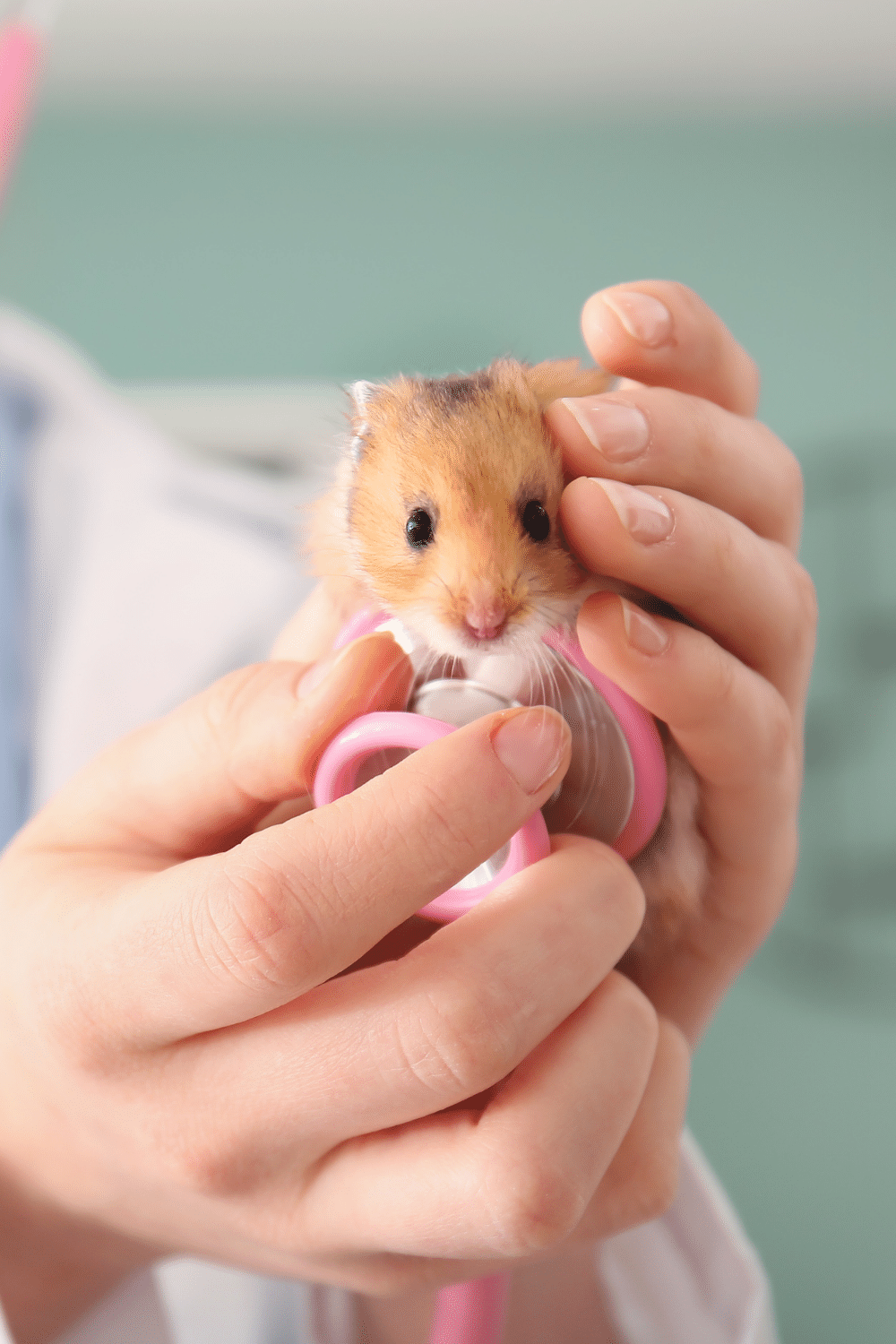 1. The top reason is a bad breeder

Sadly, especially if you purchased your hamster online or from someone breeding hamsters at home, hamsters are routinely inbred and the genetic blindness is passed on to dozens of offspring.

Check for certifications in pet stores, etc. as inbreeding has consequences for all animals not just humans.

Breeding hamsters can mean good revenue for unscrupulous breeders as hamsters reproduce at an alarming rate and will reproduce with their siblings and even their parents.

In addition, female hamsters can give birth as young as 12 weeks of age and this leads to a population explosion of bad genetics. 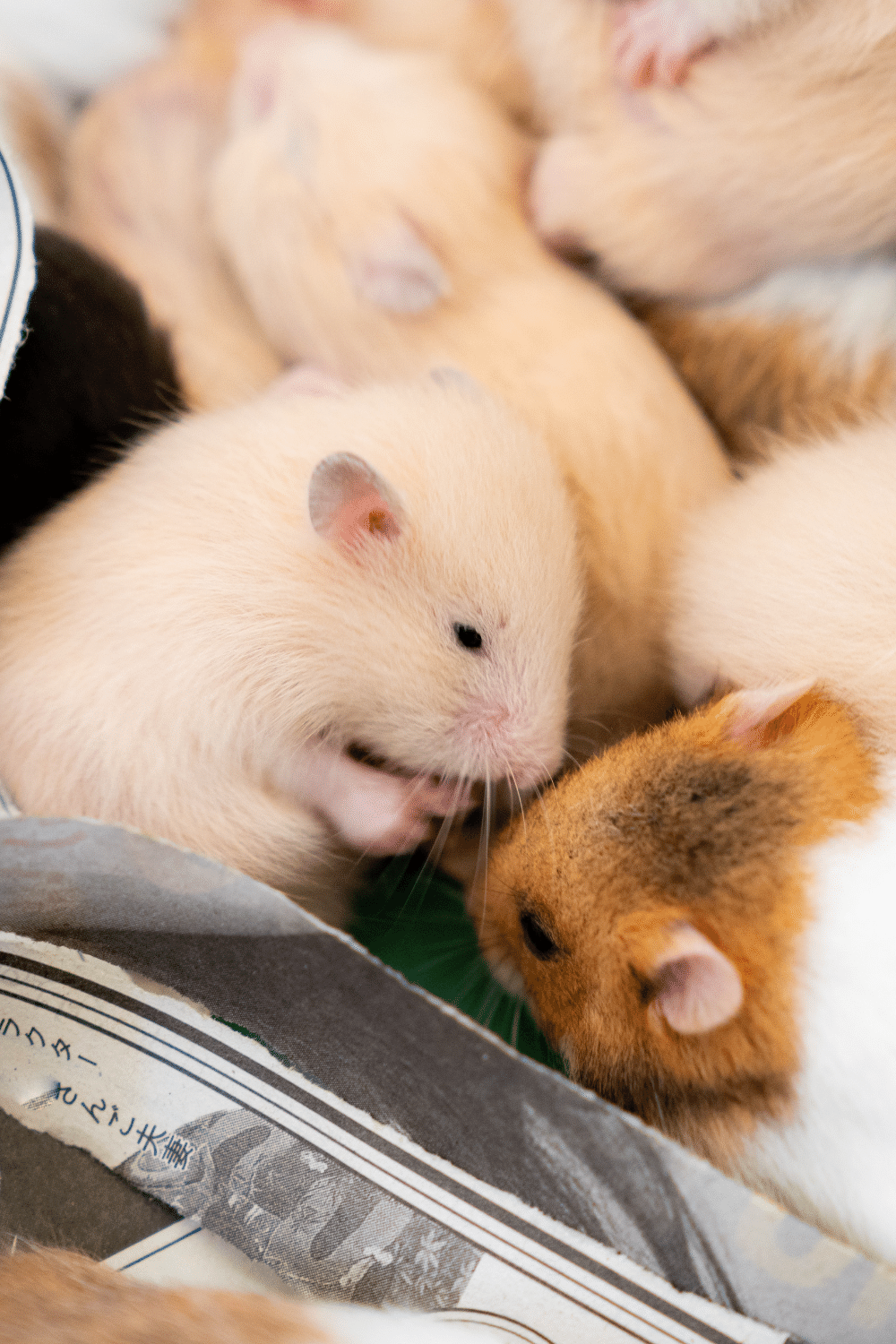 2. Injury or illness is secondary

Hamster’s bad eyesight makes them prone to injury. They bump into things frequently and some hamsters, especially females who are bred too much, injure males just to escape the incessant breeding and pregnancies.

Illnesses can occur with unclear cages and even allergies that settle in their eyes, ears, and noses. Allergies are common and eye, ear, and nose problems are a result.

Allergies to dust and dirt are less common than food allergies, so when feeding treats like fruits watch for any signs of distress in your hamster afterward. 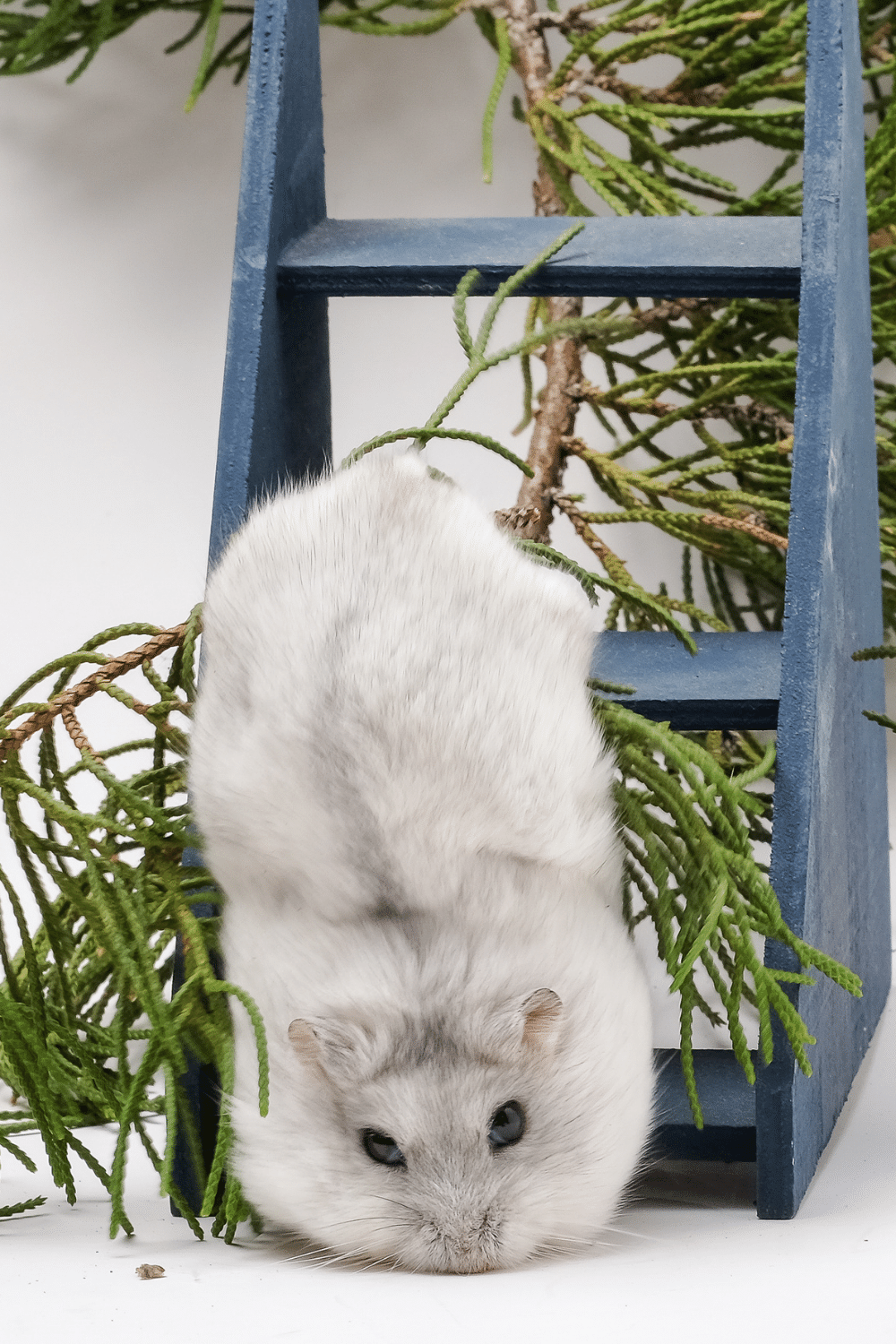 Yes, hamsters do age and develop problems just like all other mammals the older they become. Unfortunately, for a hamster, it is “life in the fast lane” with the oldest hamster recorded alive to be only 3 years old at the time of death.

The average age is only 18 months generally so old age blindness occurs quickly in your little pet. After the second year symptoms of age will show especially. The older your hamster becomes, the more clean a cage should be kept.

Hamsters urinate and defecate in one spot in their cage only, as unlike other rodents such as rats, they do not constantly “mark” their territory with urine and feces. Rats and mice and other rodents can mark as they walk, but not hamsters.

They are rodents but are mammals just the same.

4. Extreme clumsiness in your hamster

Hamsters are fairly agile creatures. If yours starts to stumble or fall excessively they probably are going blind. Of course, going to the vet to ascertain this is necessary.

Not all clumsiness is due to blindness as hamsters use their sense of smell and hearing more than their eyes as their eyesight is so poor. Any infection in the ears, nose, or throat will make them clumsy. 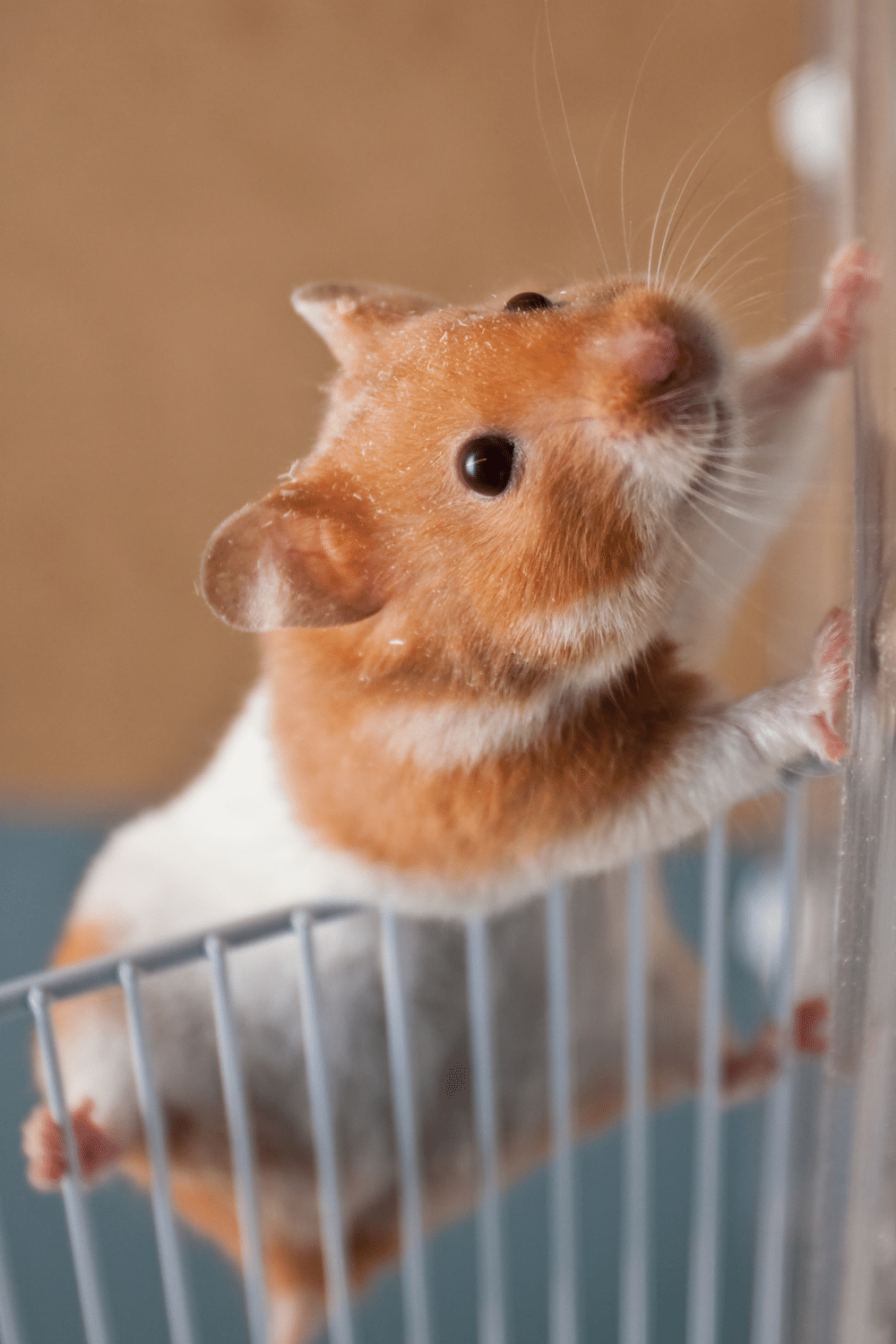 Extreme Clumsiness in Your Hamster

5. Crusty discharges or a milky look to the eyes

Cataracts, infections, and glaucoma can make your hamster’s eyes look cloudy and opaque. Cataracts and infections can be cured by a vet, while glaucoma unfortunately is progressive and not much can be done to remedy it.

Antibiotics can clear up any infections and ear mites are also checked for by a vet, as the cheeks of a hamster, as well as the nose and ears, are closely interrelated.

Hamsters also use pouches in their cheeks to store food like squirrels and rotting food causes tooth decay and infections which then spread to the eyes. 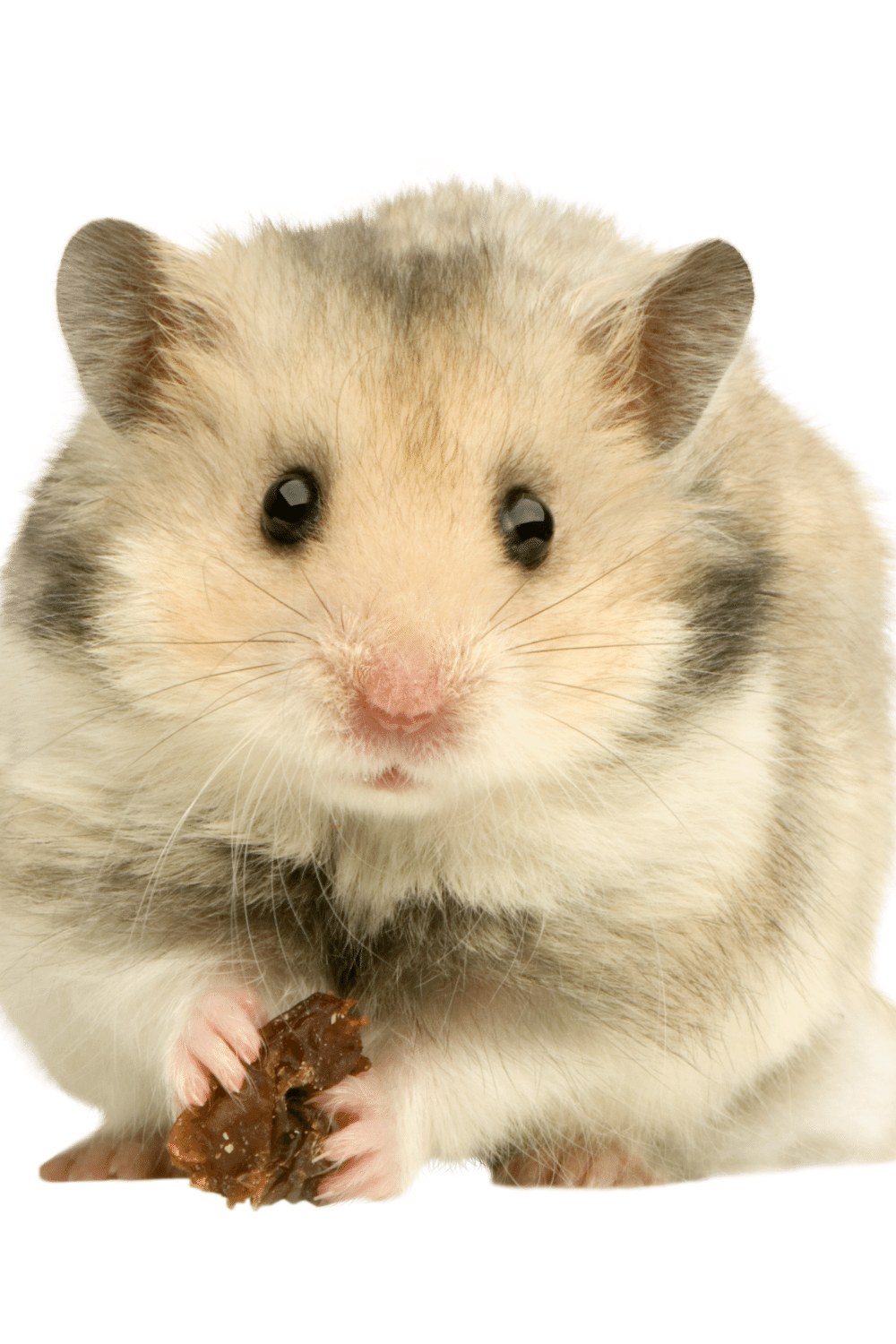 This is not as common as the other symptoms but some hamsters become aggressive or overly fearful and hide in a corner of the cage when blind. They become afraid to move or bite out at anything and everyone.

Hamsters like all mammals use body language to communicate and aggression and fearfulness can appear. Hamsters who are blind can also become depressed. 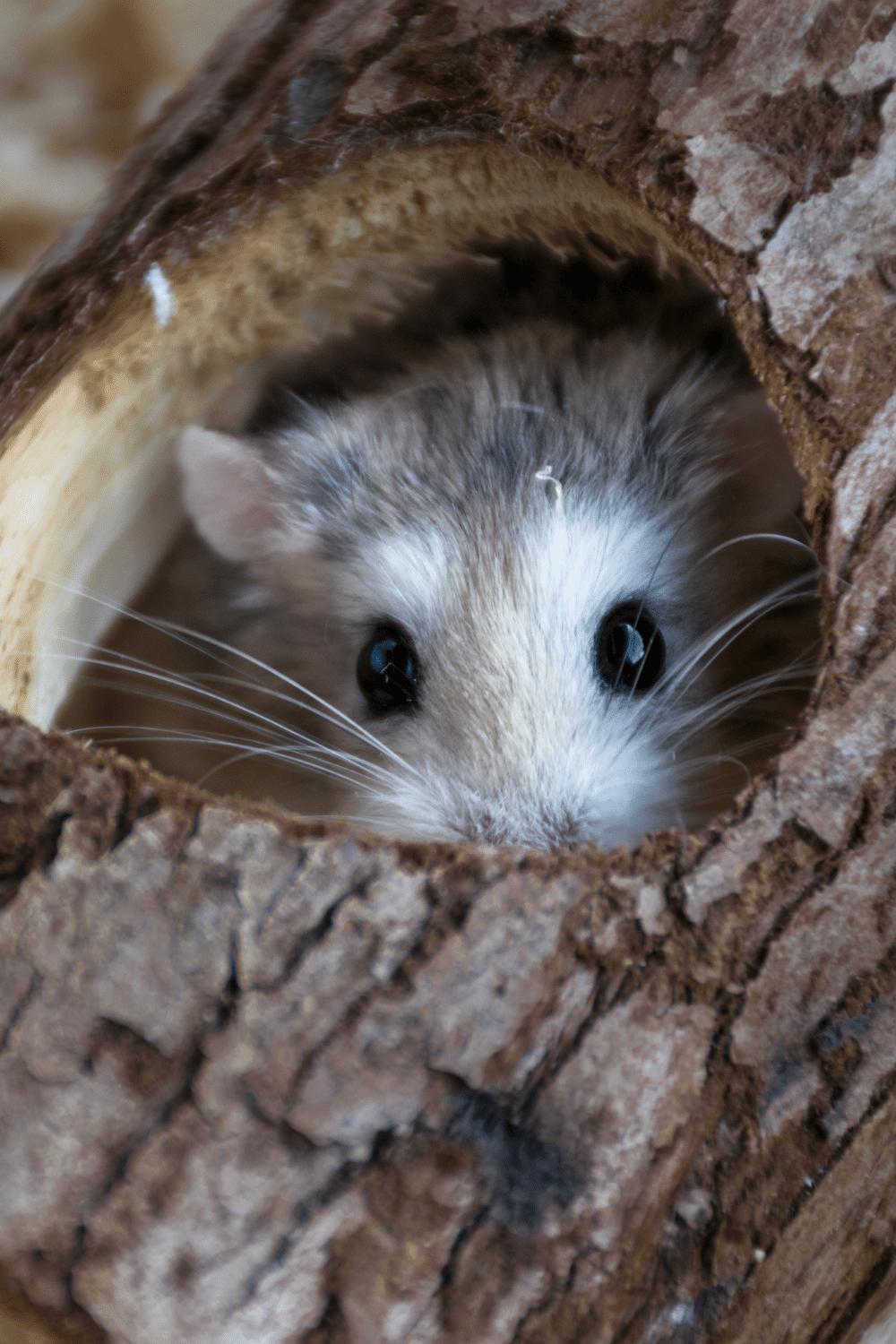 Hamsters Hide in a Corner of the Cage When Blind

Is there a test for blindness?

A vet will use an intraocular device to check for sure and possibly run bloodwork. A puff of air or drops will widen the pupil and any abnormalities will be detected. You can also try the “treat test” by holding a treat out to your hamster and seeing how long it takes for them to notice it.

If my hamster is blind what can I do?

Make sure the cage is clean and safe and all sharp objects removed. Don’t take them out and leave them alone on unknown surfaces. Put food, water, and toys in one place, ensuring that nothing is moved at all ever. Also, don’t forget to show your hamster how much you love it.

Summary On How to Know if My Hamster is Blind

Look for small changes in their eyes, and their ability to balance. In addition, go to a vet ASAP to get a proper diagnosis.

Another thing to look for that is not common is a hamster becoming aggressive or overly fearful. Blindness leads to frustration and while this is not a common occurrence some hamsters start to bite and become aggressive out of fear when going blind or are blind altogether.

They might also start cowering in a corner of their cage and avoid you and any other hamsters you have.

Being observant is the best way to tell if your little fuzzy friend is going blind or is blind altogether.