It can be difficult to say whether or not your hamster likes to behave, especially because hamsters can demonstrate several behaviors based on their situation.

You might even find it difficult to find out if your hamster likes you.

Therefore, I looked at some forms that would let hamster owners know whether their hamster likes them.

In this way, it’ll be easier for you to differentiate if your hamster loves you or whether it shows such behavior for a very different motive.

How to tell that your hamster likes you?

There are seven ways with which our hamster pals will show you how much they like you as their fur parent. Aside from showing off, they’ll become more affectionate with you, especially after you give them treats. Hamsters can also seek your attention and even yawn or take a stretch as a sign that they’re comfortable around you. But, the most noticeable sign that will make you say they like you is if they don’t show any signs of tension around you. But, if you’re unsure quite yet, you can first watch your hamsters interact with a person you know they love being with so you can have a point of reference.

The first way you can say the hamster likes you is if your furry pal demonstrates their skills to you from time to time.

Hamsters often do this showing off whenever they notice you looking at them, or even while you’re simply passing by.

You might even notice that they start playing with the toys in their cage the moment you enter the room. At times, if they’re already playing on the wheel, hamsters will walk faster on the equipment. 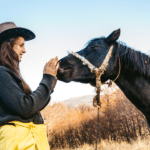 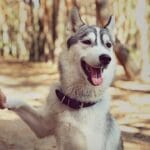 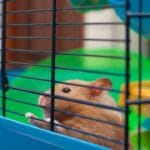 All these little changes in their routine activity are all meant to subtly hint to you how much they like you. Such actions even are their way of telling you to come and join them or simply look at them play.

2. Becoming more affectionate with you

If your hamster loves you, they’ll stay around you a little bit longer even after you give them their favorite treats.

Hamsters can be adventurous with the way they do things.

It’s completely natural for them to try out another way of doing various tasks, but they’ll only do so when they’re relaxed enough with the person they’re interacting with.

Thus, if you notice your hamster pulling out the treats you placed in your hand the moment you place it near or inside the cage, that’s a nice thing.

It’s their subtle way of saying that they want to have you around while they’re eating their little snack.

Another way a hamster can prove to you that they love you is if they do everything to gain your attention.

So if hamsters go near you for no apparent reason, they want you. Often if the hamster likes you, they’ll strive to find a way to make you touch them.

Thus, even if you simply walk by their cage, hamsters will sprint towards you. Who knows, this little hamster will want to play with you as well.

Though it might sound contradicting, a hamster that yawns and stretches whenever you’re near them isn’t a bored one.

How come they do these gestures if they aren’t bored.

Well, the key explanation for those hamster gestures is because they are already relaxed around your presence. It’s like these little furballs allow you to see their weak side as they feel safe around you.

So, every time your beloved hamster will start yawning and stretching whenever you’re near them, don’t think that you’re boring them.

Unless of course, they’re really tired, you don’t have to worry anything about these peculiar actions of theirs.

5. Allows you to pet them

Any hamster would allow you to pet, cuddle, or just keep them in general if they like you enough.

If you’re keen enough, you’ll find that it’s easier for you to pick them up and pet them. They won’t even resist you from doing so.

Even though this isn’t a common occurrence for most owners, some hamsters may even begin to sleep while you carry them.

So if they do that, it means that they respect you and are at ease with you.

However, don’t immediately deduce that because the hamster dislikes being petted or kept, they already don’t like you.

You must keep in mind that all hamsters are unique individuals with distinct personalities.

So, some may simply don’t like the feeling of being held while others may enjoy it on occasion.

6. They will never avoid you

For newbie fur parents, hiding and fleeing from you is typical for a hamster that you’ve just taken home for the first time.

Think of it like they’re still getting used to your presence and the new environment they’ll be living in. And, as we all know, new experiences, even when they’re happy ones, tend to be stressful to some degree.

However, you don’t have to worry about this. It’s completely normal for hamsters to feel wary of you for the first few days.

But once they get to know you, they’ll stay with you a lot more whenever you’re near them. They won’t resist your touch as much as they did when you first took them in.

There will even be lesser chances that the hamster will act hostile towards you. So, just hang in there and be patient for the first few days.

Continue to show your hamster how much you care for him, and you’ll soon see how this little furball will let you in its world in no time.

7. Don’t act tense around you

When you’re tensed about a certain situation or person, you’d probably exhibit shaky hands, sweating, or even flee from the scene, right?

Surprisingly, hamsters can also exhibit gestures that will tell you they’re tensed when you’re near them.

More often, tensed hamsters will either chatter their teeth or flinch from your touch.

At other times, these tiny furballs will flee the very moment you approach them.

Worst, they can act hostile towards you, to the point that they’ll leave you with a painful nip.

But, if you notice that your hamster friend isn’t doing anything of those behaviors mentioned above, it’s safe to say that you’ve already gained its trust.

After all, you wouldn’t hurt the one that takes good care and loves you, right?

Because of their adorable look, sweet disposition, and relative ease of care, hamsters have become one of America’s most common house pets.

Though they are usually reserved, they do have distinct personalities and mannerisms, and they sometimes show that they choose one human over others.

But, do know that you showing your hamster buddies how much you love them will open up all their defenses eventually.

You’ll just need to be patient and display consistency in the way that you interact with them.