There are a lot of words used to describe a group of animals in nature, including flock, herd, flight, group, or drove.

Flocking is a behavior shown by mammals, fish, and insects according to Science Direct.

The main benefit is better protection from predators.

A group can better detect predator attempts and there always is the benefit that the effects of predators are diluted.

When it comes to sheep, some humans may think that ‘herd’ and ‘flock’ are interchangeable synonyms, but not really.

In fact, when it comes to the word ‘herd’, you are dealing with a collective noun that is also used as a verb. This can complicate the issue a bit.

Want to know more about a herd versus a flock? Keep reading!

How Does a Herd and a Flock of Sheep Differ?

‘Flock’ refers to a relatively small sheep group. If the group of sheep is larger, the sheep may be called a mob or a band. Herd is a shortened variation, more of a slang version, on the word ‘shepherd’, which is a sheepherder. The sheepherder keeps the sheep united by ‘herding’ them. 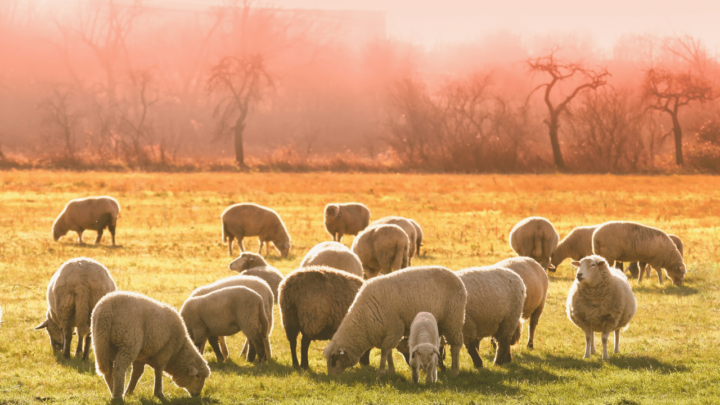 A mob or band of sheep

A group of sheep of five or so is called a flock. When there are more sheep in the group, they become mobs and bands of sheep.

The shepherd is the one who watches over and maintains the animals, keeping the sheep together in their flock.

They do this by sheepherding or herding the sheep together, which is likely how and why a flock of sheep is often called a ‘herd.’ 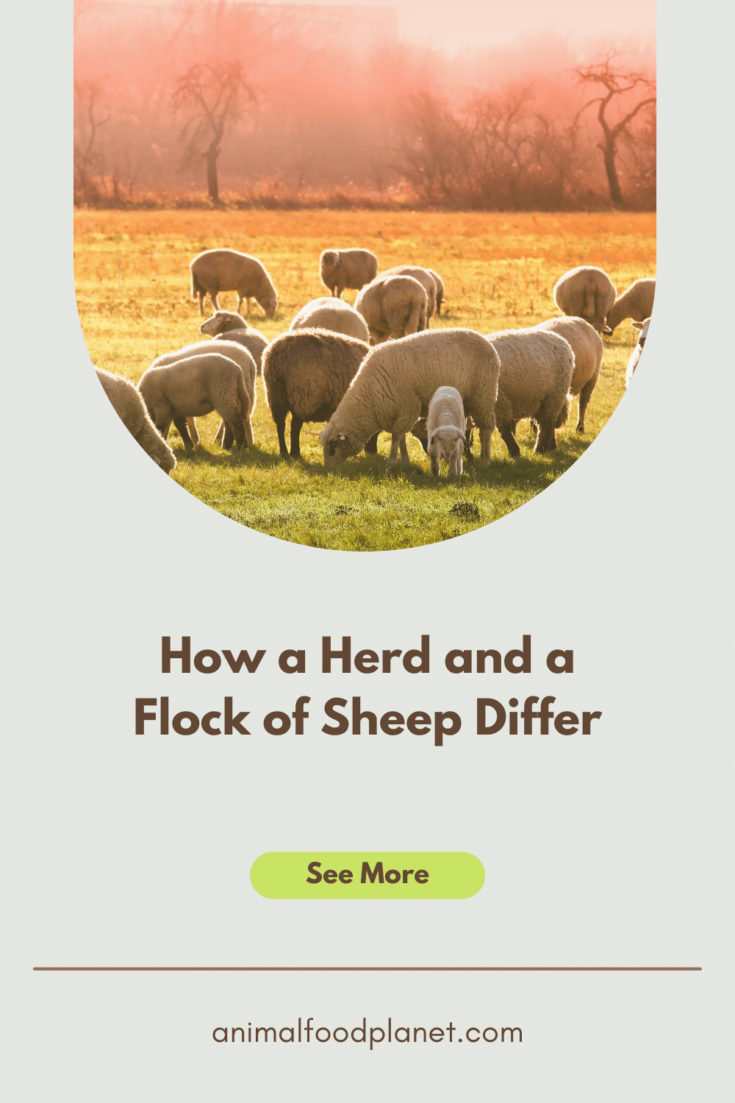 How a Herd and a Flock of Sheep Differ

Are they a herd in actuality? No, there really is no such thing in the sheep kingdom; they are a flock.

When sheep are raised on an open range, such as a farm or ranch, and they are allowed to roam free, they are called bands of sheep.

Typically, a band refers to a group of sheep that is large, 500 or more.

While sheepherding and sheep as a resource, in general, are on the downswing due to the cattle industry and the evolution of synthetic fibers, you are more apt to find flocks of sheep than bands these days. 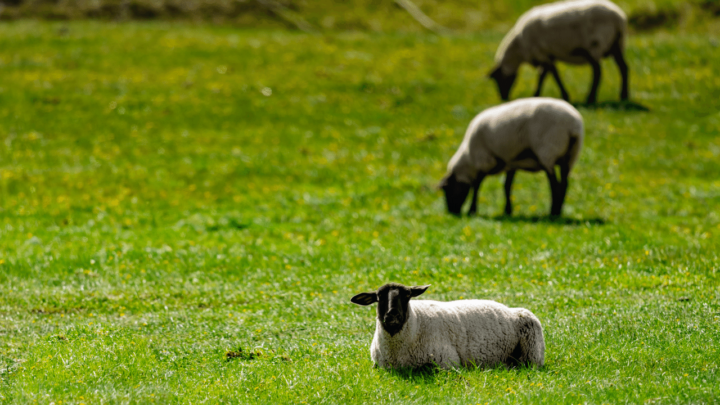 So, does the word ‘herd’ ever apply? There is no such thing as a herd of sheep, yet you still can ‘herd’ sheep, that is, care for them and gather them back together in their flock.

As for flocks, many small groups of animals are called flocks, including birds and goats, too.

Also, people have a way of using the word flock as a collective countable noun which refers to a group of practically anything — for instance, a ‘flock’ of people.

A herd is more likely to make reference to a group of cattle or be used as a verb when speaking about taking care of sheep.

The sheepherder ‘herds’ the sheep together to reunite in their flock, band, or mob — depending on the number of sheep in the group.

So, in this case, the word herd is a verb that describes what the sheepherder — or shepherd — is doing, rather than the animals that he is doing it to. Does that make sense? 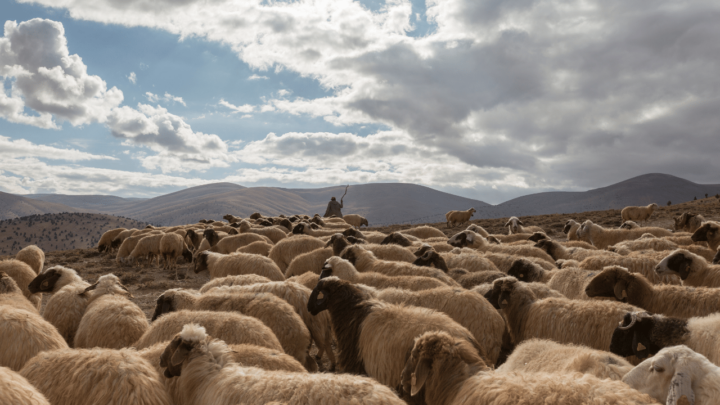 A herd of sheep is herded by a shepherd

What is a herd of sheep?

There is actually no such thing as a herd of sheep, and this term is probably used due to the ‘sheepherder’ or ‘shepherd’ who watches over the sheep, returning stray ones to the flock.

How do you call a sheep group?

It is common for a sheep group to be referred to as a flock. Mob or band is used to call a larger gathering of sheep.

What is a group of other animals called?

Groups of geese are called a ‘Gaggle’, and a bird group is called a flock. A group of cows or bulls is called a herd.

Mutton is the meat of the sheep that’s a year old. Meat from sheep younger than this is called lamb. Mutton is stronger in flavor than lamb or yearling mutton, which is meat from sheep that are one to two years old.

Do sheep live in flocks?

Sheep are flock animals, which means that they thrive with other sheep. A flock typically has at least five sheep, and sheep do best with other sheep to keep them happy and secure.

What is a large sheep group called?

A band or mob is what you call a large sheep group. When a group contains fewer sheep- around five or so — it is called a flock of sheep.

Are fleece and wool from sheep the same thing?

Fleece is a single sheep’s wool. The fleece and fiber that grows on a sheep are called wool.

How do you call a female sheep?

What is a male sheep called?

A male sheep is called a ram but is often called a ‘buck’, which is a slang term for it. Younger male sheep are called ram lambs.

A group of sheep is called a flock, and the shepherd is the sheepherder who herds the sheep back into their flock.

It’s a bit confusing, but the naming of the group has to do with the collective nouns.

Whether you use the term flock, mob, band, drove — or herd — consider this and the other interesting variations in the English language!