Unless you’re an expert, you’re probably like most fish aquarium owners and you don’t have a great deal of knowledge about the fish in your tank.

There is nothing to be ashamed of if you don’t know very much about your fish, but if you own one or more Betta fish, you might wonder if any of them is pregnant.

How do you determine if a Betta fish is pregnant, however? Here is an in-depth overview of Betta fish and how you can make this important determination.

How Do you Determine if a Betta Fish is Pregnant?

Betta fish don’t become pregnant, because their eggs are not fertilized until after they’re released from their bodies. However, you can determine when a Betta fish is ready to release eggs by looking for signs like bloating and a visible ovipositor, which is a tiny white spot near the fish’s anus. 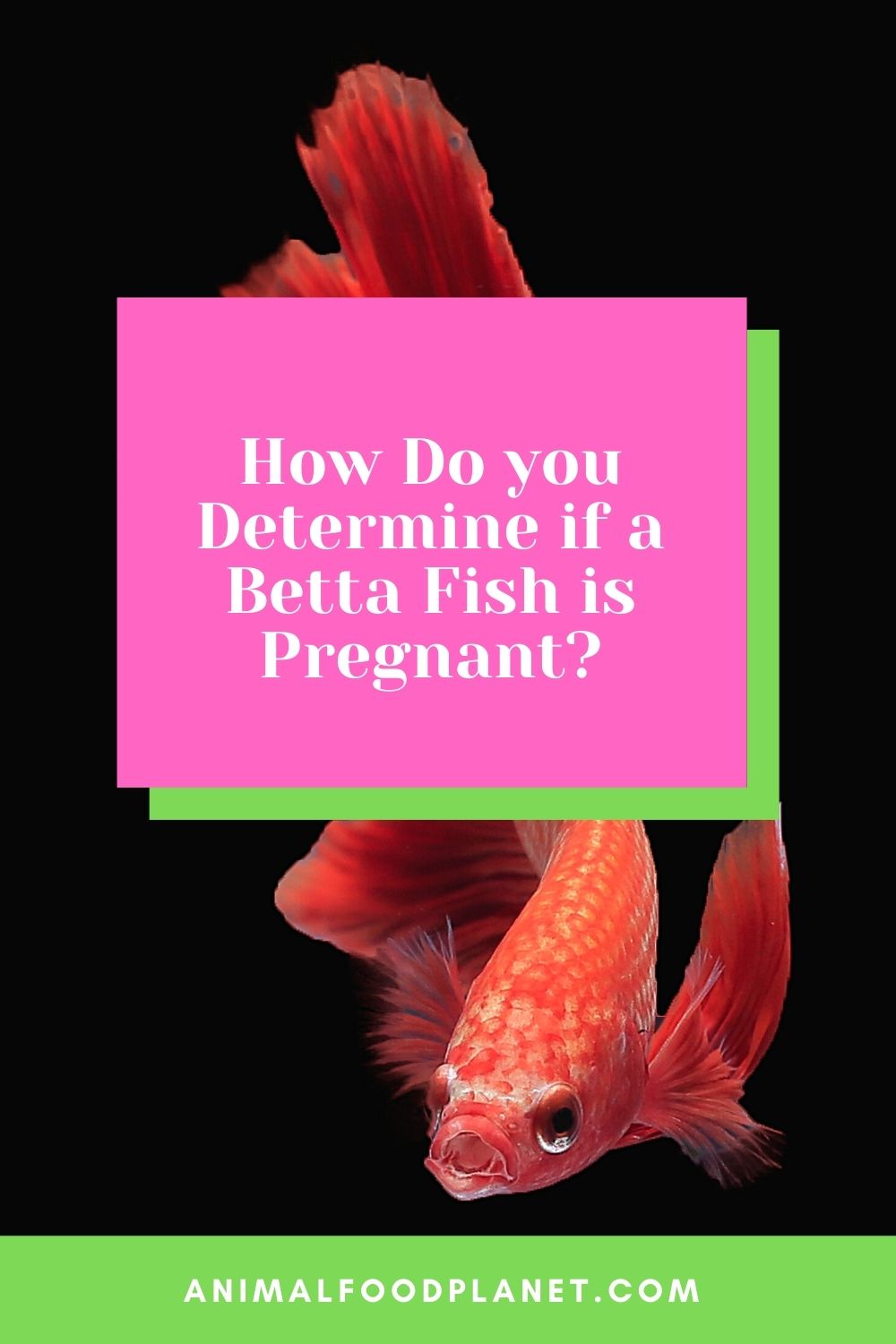 How Do you Determine if a Betta Fish is Pregnant?

Signs of Fertility in a Betta Fish

You can look for these signs if you’re interested in breeding, so you’ll know when to pair the female with a male.

If a female Betta fish has a specific stripe pattern, such as very noticeable white-colored vertical stripes on her body, then she is fertile and capable of producing eggs.

When it comes to male Betta fish, you can determine their fertility when they start to produce a bubble nest. 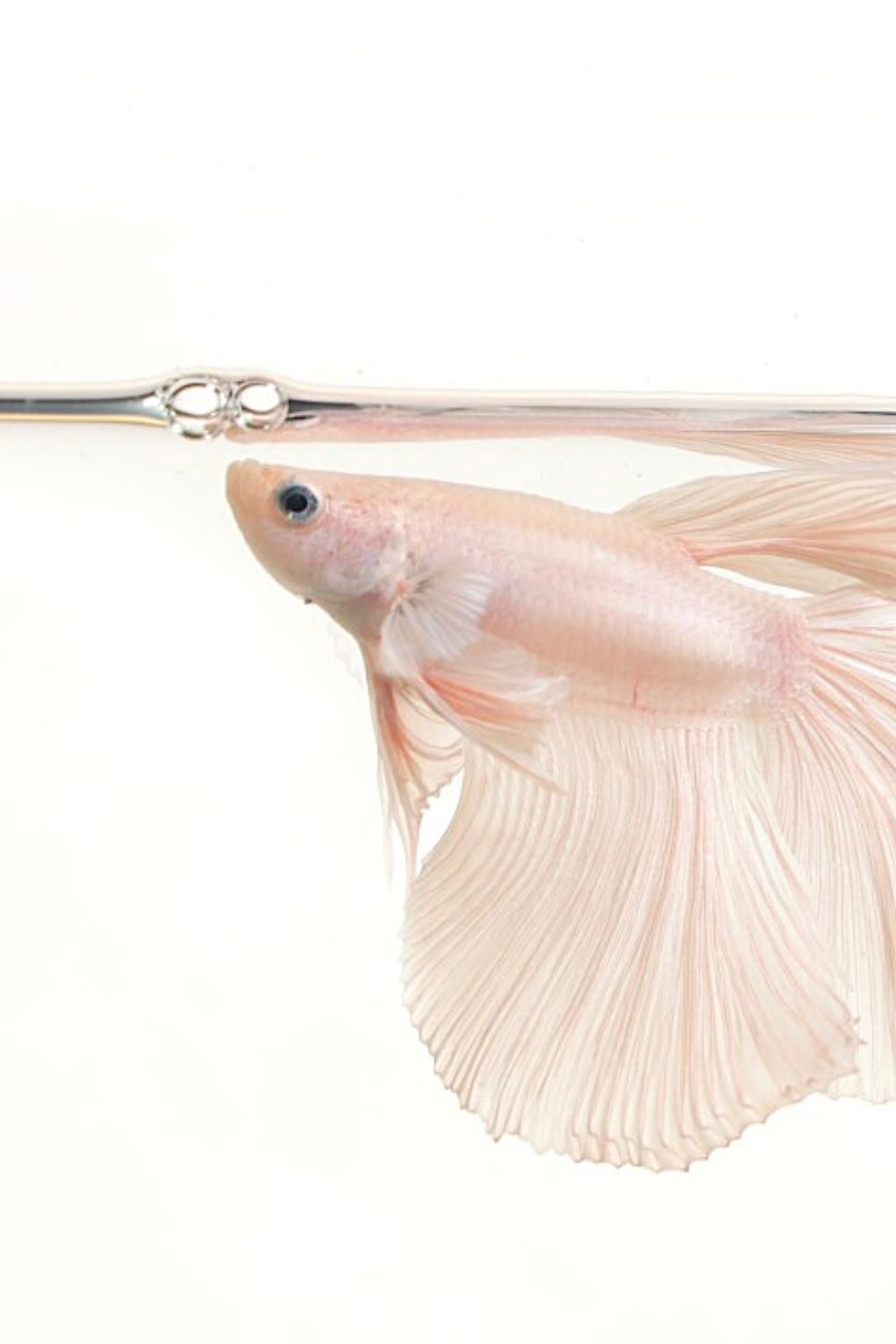 The bubble nest is what the male uses to carry and provide protection to the eggs while they mature.

What Betta Fish Do Prior to Mating

Prior to mating, the female Betta fish will inspect the male’s bubble nests, and if she isn’t attracted to him for some reason, or isn’t impressed, then she will destroy the nests.

The male must then produce new nests before trying to find another fertile female with which to mate.

What Happens After a Betta Fish Pair Mates

After the mating is over, the male immediately fertilizes the eggs that are released by the female, and there can be as few as around 20 to as many as 350 or even 400 eggs.

Despite the abundance of eggs that are released, there will likely be some that either can’t be fertilized or that are damaged in some way.

Any eggs that either weren’t fertilized or appear to be damaged will be eaten by the male Betta fish.

If the female Betta fish hasn’t already left after the mating session, then the male will chase away the female once the eggs have been fertilized.

Some species of Betta fish don’t produce bubble nests, because not all Betta fish live in an environment where they’re practical.

Some male Betta fish actually use their mouths as nests for the eggs, and these are Betta eggs that can take up to a month to mature.

Allowing Betta eggs to nest in their mouths can be risky for males, because not only are they unable to eat during this time, but they’re also more vulnerable to prey since they are caring for unhatched young inside their mouths.

The female releases unfertilized eggs that are immediately fertilized by the male during their mating ritual.

Mating sessions between a male and female can last up to 24 hours, as it is repeated over and over again during that period of time.

Once the mating session is over, the female swims away, never to return and attempt to care for her eggs, because that’s the male’s responsibility.

How Betta Fish Give Birth

Betta fish do not give birth like many other animals do, as the male extracts the eggs from the female’s body and then fertilizes them.

Once the eggs are fertilized by the male Betta fish, the male places them in the bubble nests that he’s produced and begins caring for the eggs.

Once the eggs hatch a few days later, the male Betta watches over them for less than a week to ensure they’re able to care for themselves, and then his job is finished.

The time that it takes for Betta fish eggs to hatch depends on the type of Betta fish, as there are different species.

While some Betta fish eggs will mature in as little as 2-3 days, other Betta fish may take as long as a month before they’re ready to hatch. 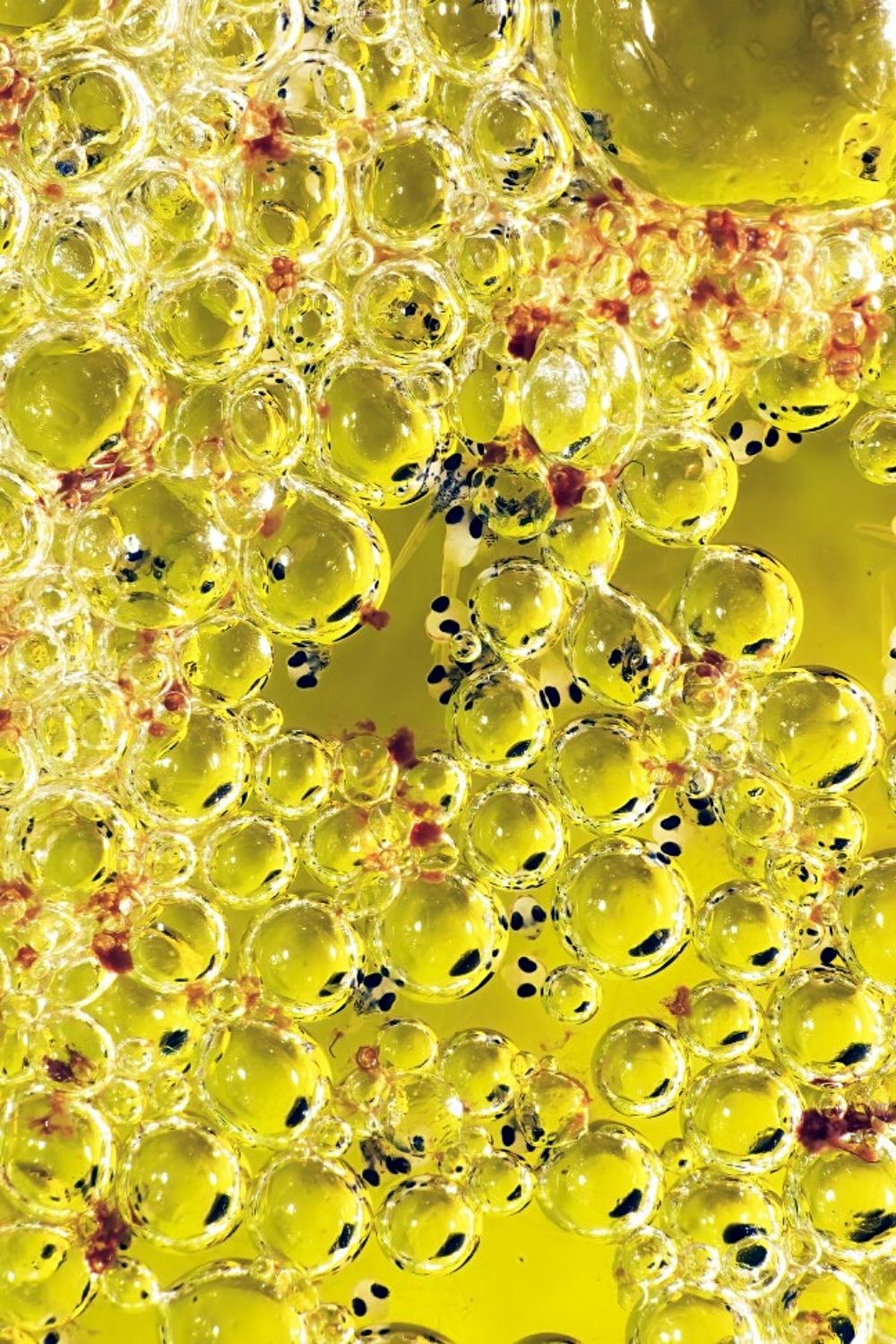 However, 2-3 days seems to be the average amount of time it takes for the eggs to mature.

What Male Betta Fish Eat While Caring for Maturing Eggs

Male Betta fish are devoted to caring for their maturing young, so they usually don’t eat until the eggs hatch.

If males are fed during this period, then it could encourage them to start consuming some of the eggs, even if they’re normal and developing well.

Is it Okay for Male and Female Betta Fish to be in the Same Aquarium?

Once you’ve identified signs that the male and female are both fertile, it’s fine to put them in the same aquarium in order to breed. 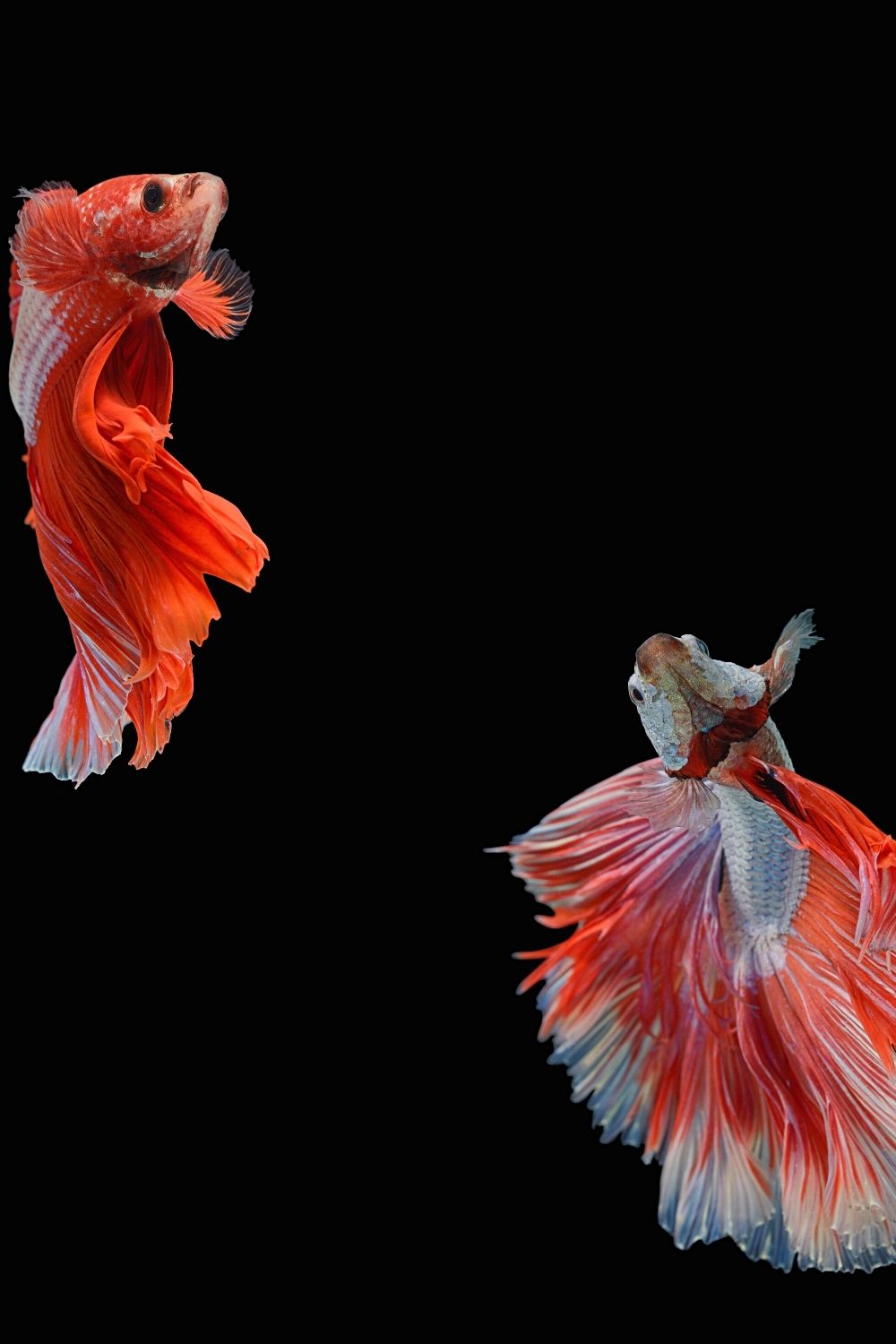 However, Betta males and females should live in separate aquariums, because the males tend to be aggressive and territorial.

They should only be housed together for breeding purposes only.

How to Determine if the Eggs are Successfully Fertilized

If you’re not sure if the eggs have been fertilized or not, all that you must do is carefully scrutinize the bubble nests.

If you notice tiny black specks inside them, then these are the fertilized eggs that are protected inside the bubbles until they’re ready to hatch.

Witnessing the male chasing away the female Betta fish is another indication that the eggs were successfully fertilized.

It isn’t difficult to determine whether Betta males and females are ready for mating, or whether a Betta female is pregnant.

Although female Betta fish are never officially pregnant, since their eggs aren’t fertilized until after they’ve left the body, telltale signs can indicate that she’s ready to be paired with an equally fertile male.

Hopefully, you will have the ability to successfully breed your Betta fish, so you can quickly build a Betta empire.