Posted on Published: May 9, 2021 Categories Malacostraca 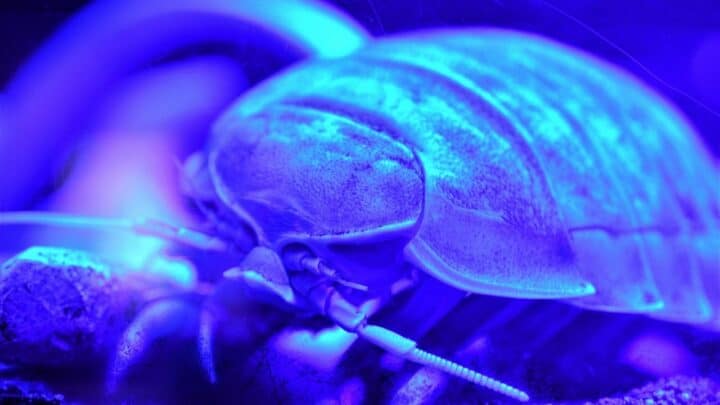 The small bug-like creatures that are found in almost any moist or dry habitat belong to the groups of crustaceans called isopods.

These are the animals that have jointed appendages and hard exoskeletons.

A few examples are crabs, lobsters, insects, and spiders. Their exoskeleton is made up of overlapping plates.

Isopods have a flattened ventral surface, are larger, and live on the seafloor. They look like land insects and can be found crawling and swimming among weeds and rocks.

But, if isopods are part of the crustacean family, can they also see color? That million-dollar question will ultimately be answered if you continue reading the text below.

The data from a study conducted by biologists analyzing whether the isopods prefer to live in dark or light-colored containers revealed that they have no preference whatsoever. Since these creatures are said to have poor vision usually, colors do not matter either. But since isopods are nocturnal species, they tend to find shelter in daylight.

As mentioned above, isopods cannot perceive color based on a particular study conducted on isopods to find out if they have a preference living in containers that are with either light or dark colorings.

But, how come isopods cannot perceive color? While all of you speculate on the inner workings of their eyes, the said “color blindness” that isopods have something to do with the way their eyes are placed, as well as the cells inside them.

If you have a chance to observe keenly, these pill bugs have eyes placed on each side of their head. However, while they’re placed there, these eyes essentially consist only of simple cells that can detect light.

Other than that, there’s nothing much that isopods’ eyes can do.

Now that we know that isopods can’t see color, let us get to know more about them.

Though isopods belong to the crustacean family, there are basically two types of these small creatures.

Terrestrial isopods, also known as sowbugs (Armadillidium) or pillbugs (Porcellio), are crustaceans that live on land instead of under the sea.

These types of isopods, which are related to lobsters, crabs, and shrimp, breathe through their gills and require a moist environment to survive. To save water, they expel their waste directly into the air as ammonia rather than water-based urine.

They live in cool, damp areas beneath rocks, decomposing wood, and decaying vegetation.

The female can carry up to 200 eggs in a brood pouch beneath her body. The eggs hatch in the pouch and remain there for about three weeks.

Young are similar to adults and will molt 4 to 5 times as they grow.

Marine isopods are arguably the most structurally diverse order of crustaceans.  Giant isopods can live up to 500 meters beneath the ocean’s surface.

However, these 14-legged giant creatures are distant cousins of the little woodlice you might find waddling around in the backyard.

These isopods are significantly larger than your typical pill bug. They can grow to be more than 30 centimeters long from head to tail.

Their metabolism is extremely slow. For instance, a giant isopod that researchers in Japan held in captivity and studies is said to have survived for five years without eating.

The issue with any deep-ocean animal is that little is known about its life. You must deploy costly submersibles and monitor them for an extended period of time.

In fact, marine isopods are extremely rare in collections.

Are isopods harmful to humans: The answer

Within 11 suborders, there are up to 10,000 isopod species. It is nearly impossible to know about each and every isopod of whether they are harmful or not.

Secondly, isopods have a variety of feeding niches.

Isopods have been stereotyped as harmful to the human race, in addition to being collectively referred to as sea bugs or sea lice.

Isopods are not “harmful” in the sense that they intentionally cause harm.

But it is the evolutionary processes and adaptation that have made the isopods serve their ecological purpose, that is, to consume dead material. 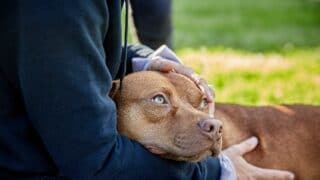 Previous
How Does a Dog Feel When Rehomed? 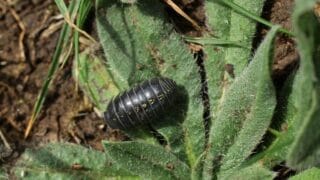