As I was sitting on the couch one day, I noticed our dog in the large mirror. I was observing him, trying to figure out how he was going to react.

He moved closer to the mirror and started sniffing it. After a few minutes, our dog got tired and decided to move to the couch that was right in front of the mirror.

Before he goes to sleep there, he looks up at the mirror again and stares at himself. This became a routine thing for him.

But the most memorable moment was when he walked past the mirror, doubled back, and turned around.

My brother thought he was checking how his butt looked! If this was how it was, then in all my years of having pets, I’ve never seen a dog quite as vain as this guy – and that’s what piqued my interest.

For many years, videos of animals looking at themselves in the mirror have gone viral. There are multiple ones with gorillas and lions passing by a mirror and becoming curious about themselves.

I specifically remember one video with the silverback gorilla thinking his reflection was an intruder attempting to steal his wives.

What do dogs see in the mirror?

Dogs are aware of themselves, just different from us and other animals. What they can smell seems far more important than what they can see. This is why a reflection of themselves in the mirror is just not as important to them. But this does not mean that dogs do not have a sense of self-awareness.

Let’s face it; it’s not an entirely new concept, but it is still an interesting one. Animal psychology is becoming increasingly popular, in part thanks to these viral videos. Who wouldn’t want to know about how their furry children and companions think about themselves? It’s a growing fascination that keeps people like me, up at night. 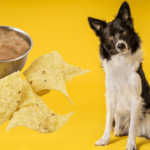 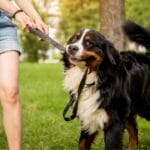 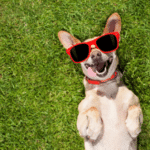 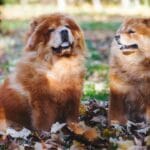 The question begins with how professionals know that dogs know about themselves. There is a self-awareness to them that tells us they have their own perceptions of themselves.

In a book entitled Do Dogs Dream? Nearly Everything Your Dog Wants You to Know by Stanley Coren, dogs, as well as other species (that are not primates), regard their reflection as another dog entirely. It’s not something they see as themselves.

There have been multiple types of research in the past when it came to this phenomenon. Usually, the mirror recognition test is used on the animals to determine whether or not they are self-aware.

Coren mentions a test done by SUNY at Albany psychologist, Gordon Gallup, where he puts a mirror in a chimpanzee’s cage, then gives it anesthesia.

The test has some limitations especially when it came to how the animals perceived the reflection. Laurel Braitman, in a previous interview, deemed the classification as “silly”. This was mentioned in a similar blog talking about whether or not dogs have emotions.

Some animals did something about their outward appearance, while others did not. Braitman questioned the classification system by mentioning how some animals may know about their own reflections, but simply don’t care.

Coren also interprets it two ways, one is in line with Braitman’s sentiment. He says that it can either be interpreted as the dog having no self-awareness, or it having self-awareness, but simply not minding the reflection.

This is a very plausible way to look at it. Some animals, such as dogs, don’t necessarily fix themselves or how they look, but know that it is them in the mirror.

Marc Bekoff, a University of Colorado biologist, proposes that dogs don’t necessarily lean towards their sense of sight.

It isn’t something that dictates certain thoughts or feelings. Rather, it is the sense of smell that does this. Bekoff, as Coren mentions, used a “yellow snow test” rather than the “red dot test”.

Here, he was assisted by his own dog, Jethro. Over a course of 5 years, Bekoff moved the snow patches of urine to other places and would see if Jethro would follow them. He would, and even added his own urine to the pile. But, what Bekoff observed was fascinating.

He saw that Jethro sniffed the “yellow snow areas” more than his own. He knew the scent of his own urine. He knew that it was his.

This, Bekoff purported, meant that dogs had components of self-awareness similar to humans. There was a “mine-ness” about dogs. They were possessive, in a way.

So far, we know that dogs can definitely see something in the mirror. At first, some people assume that dogs aren’t self-aware.

Others might even think they aren’t as intelligent as other species. But let me tell you that that isn’t the case.

Dogs are one of the smartest creatures to walk into our lives. We love them so much, so we want to know if they can love themselves as well.

This begins with their self-awareness. There are studies and researches that suggest that dogs don’t really have a great awareness of themselves. Usually, when they look at a mirror, they see another dog rather than themselves.

But mirrors are more to dogs than just a tool. I’d like to answer our headline question with, dogs are aware of themselves, just different from us and other animals.

What dogs see is not as important as what they smell

This fact largely connects to what senses dogs use to perceive certain things. Perhaps something they see isn’t as important as something they smell. The perceptions they have towards the mirror and themselves are very different from humans. Interestingly enough, our dogs mirror who we are.

Kevin Behan puts it best in his book: Your Dog Is Your Mirror: The Emotional Capacity of Our Dogs and Ourselves. “The dog and owner form a group mind”.

We have a very special relationship with our pets, almost like a human child and best friend all at the same time. It won’t be surprising when one day, our dogs get up and do the exact same thing we do.