Leopard geckos are, perhaps, one of the cutest little reptiles ever to grace the planet.

They have a knack for always looking like they’re smiling, they’re sturdy and forgiving to those new to reptile ownership, and they require a low level of care.

Many reptile fanatics will recommend leopard geckos as a first-time reptilian pet because they can withstand imperfections in their environment.

However, if you’ve just brought your new little lizard friend home, you might be asking yourself, what are the stages in a leopard gecko’s life cycle?

The Stages in a Leopard Gecko’s Life Cycle

Leopard geckos, like most reptiles, have a series of three life cycles. These cycles are labeled as hatchling or baby, juvenile, and adult. Experts on leopard geckos will advise you that there is a simple way to tell how old your leopard gecko is by measuring how much they weigh.

Like all animals, leopard geckos grow from a baby into an adult.

When you’re familiar with them, you can recognize which life cycle they’re in by using only your eyes, but for the most part, your estimate will be more accurate if you weigh them. 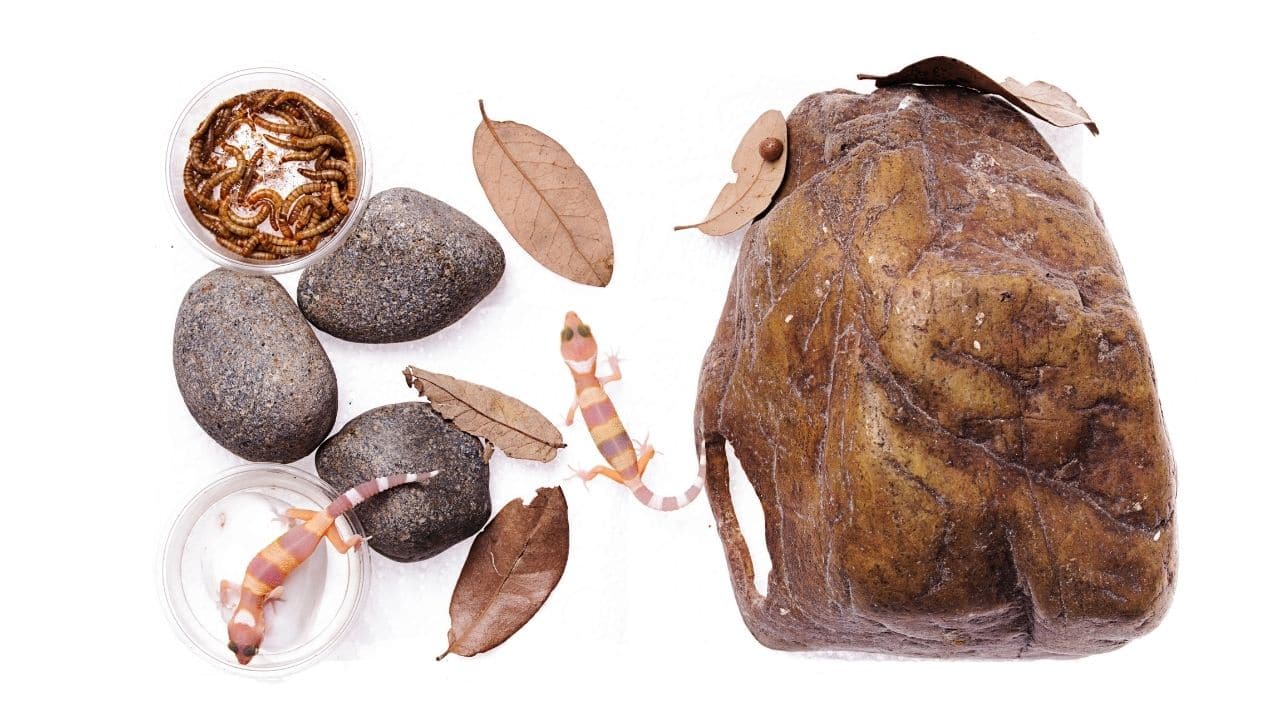 A leopard gecko is considered a baby or hatchling until it weighs 3 grams, or just under an ounce! When in the baby stage, your leopard gecko will likely eat less and sleep more.

However, these little reptiles love to sleep. If you find that your adult leopard gecko is sleeping a lot, there is likely no cause for concern.

You can ask employees there what stage of life the gecko you’d like to buy is currently in, or you can have them weigh it, so you know for sure.

Remember, geckos aren’t like dogs. Many people prefer puppies to adult dogs, even though both options are fantastic.

Geckos live for a long time, so if the store only has juvenile and adult geckos, don’t let that hold you back! 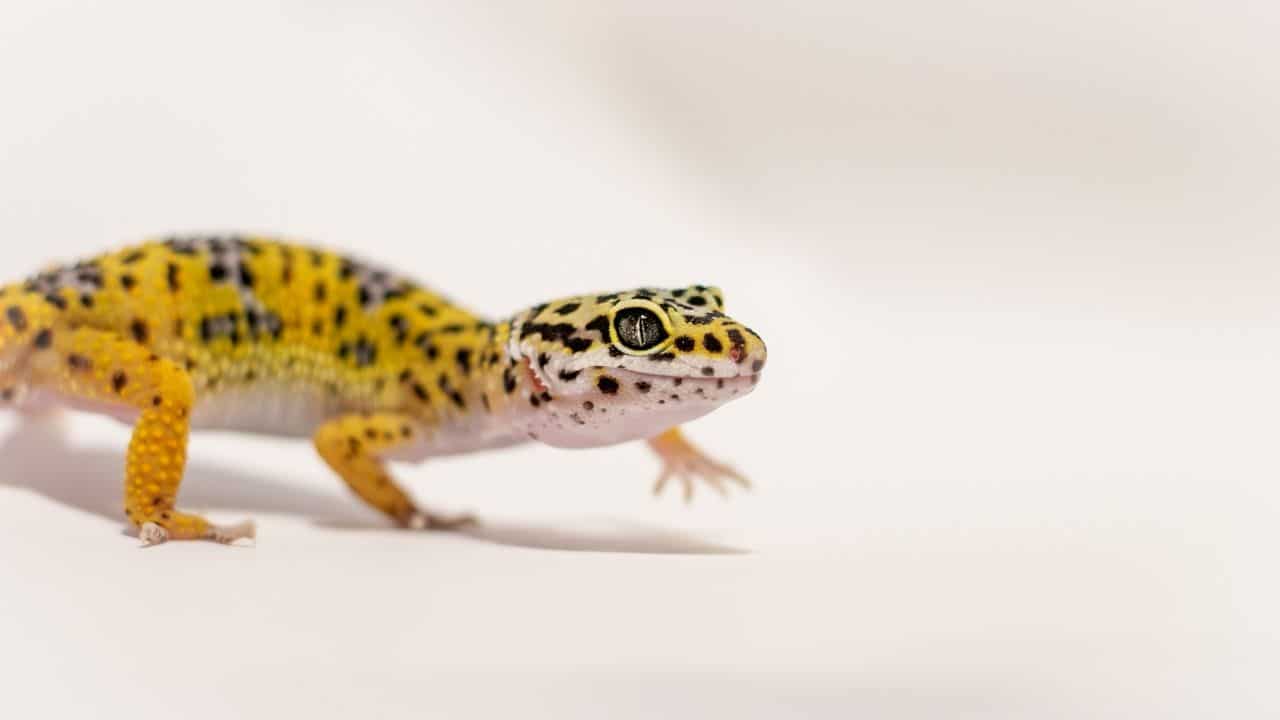 Think of a juvenile leopard gecko as a teenager. Your little gecko should grow quite a bit in this stage of life, weighing anywhere between less than an ounce and ranging up to almost two ounces.

Leopard geckos go their entire lives without weighing much, but the juvenile stage is where you’ll notice the most growth.

Your gecko is essentially going from a baby to a young adult within a short period, typically around three months or so.

In the juvenile stage, your gecko will still sleep quite a bit, but they’ll also begin eating more. A growing gecko needs more food, so increase the number of mealworms or crickets they eat daily. 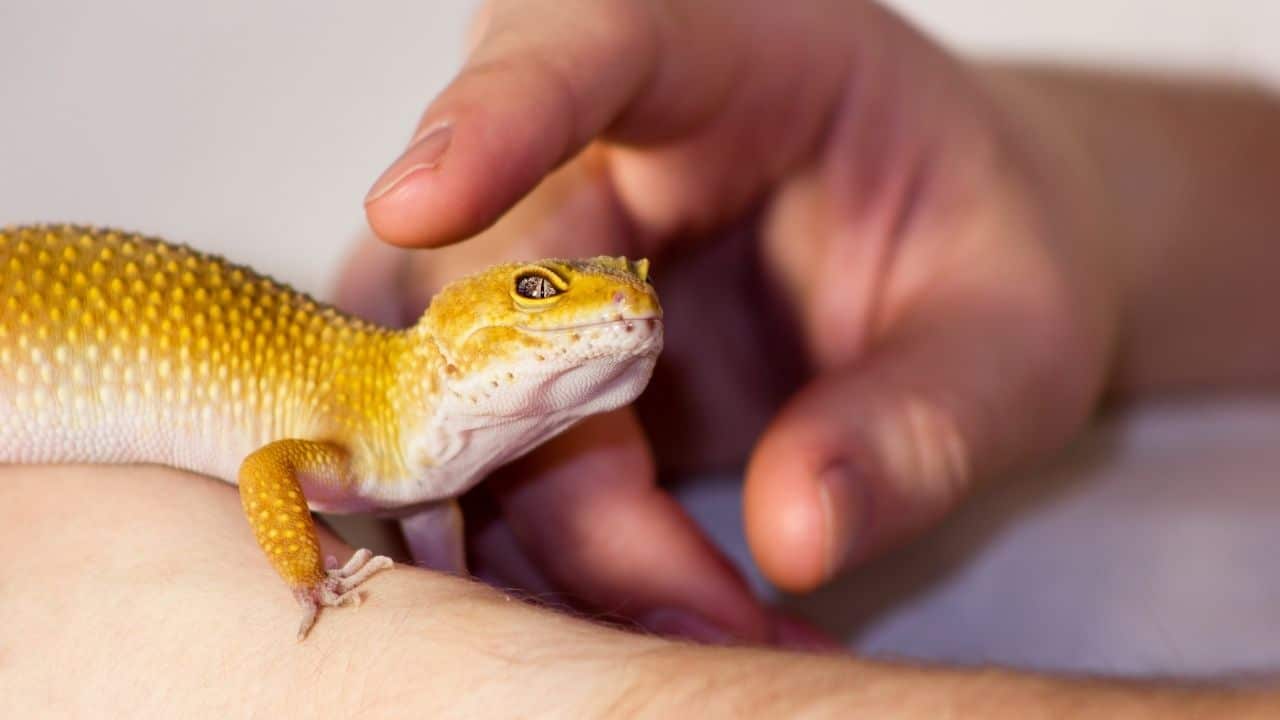 Adult geckos can weigh between 2 to 4 ounces, depending on their length and natural size. Geckos can find themselves overweight if fed too much.

You can tell if your gecko is overweight by inspecting its body for extra fat. They’re generally small reptiles, and it’s not difficult to know if they’re overweight just by glancing at them.

Adult geckos sleep during the day and hunt for their food and creep around their tanks at night.

Please make sure you have plenty of enrichment for your leopard gecko throughout its life stages, including ladders, rocks, fake plants, and vines.

When your leopard gecko reaches 2 ounces or 12 months of age, it will be officially considered an adult.

Typically, leopard geckos will continue their growth right up until they’re 18 months old, at which point, they’ll slow way down or stop altogether. 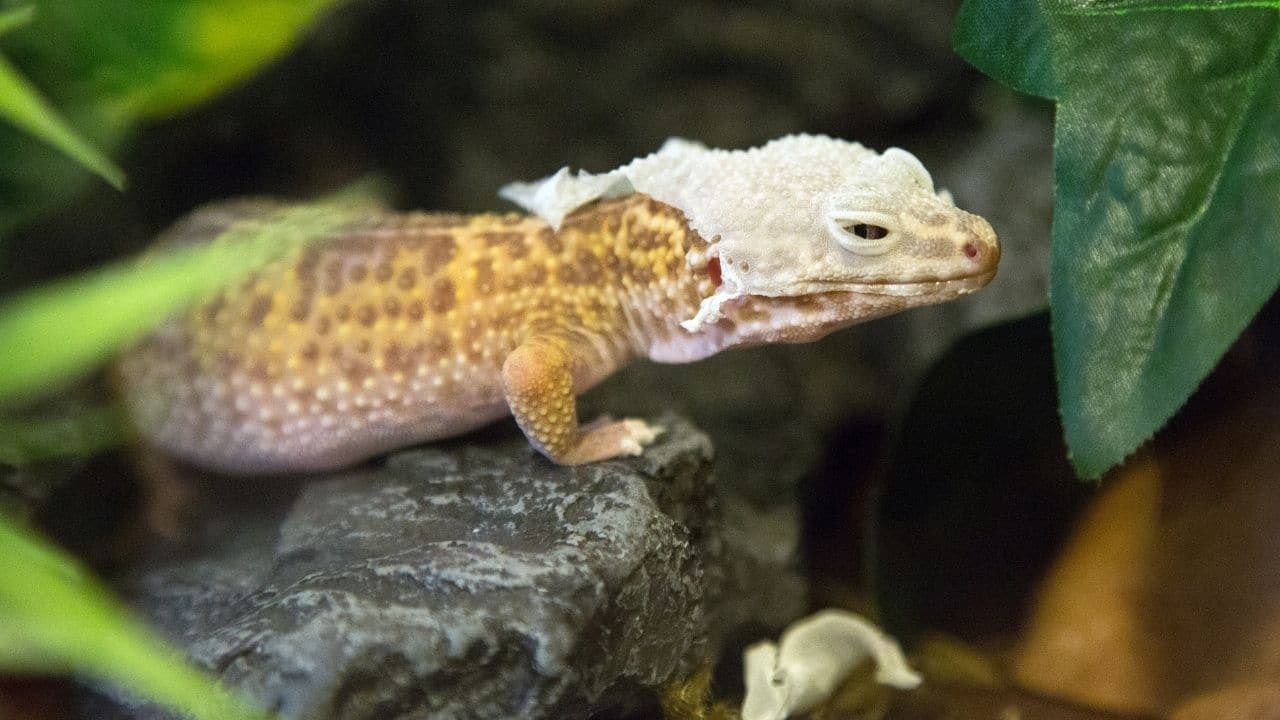 Leopard geckos will often shed their skin regularly during the first days of their lives and then every 4 to 6 weeks as they mature.

It’s not uncommon for your gecko to take part in brumation, which is similar to hibernation.

Wild geckos brumate when the weather cools down, so if your gecko stops eating the same volume, sleeps quite a bit, and even hides for a few weeks at a time, he may be brumating.

It’s not a cause for alarm unless he appears sickly or stops eating entirely.

How can I weigh my leopard gecko?

Since knowing the weight of your gecko is an excellent indicator of age, you probably want to be able to weigh it at home. A food scale is terrific for this purpose.

What should I do if my leopard gecko’s weight isn’t right?

If your leopard gecko’s weight isn’t indicative of its age, it could be under or overweight. You can probably tell just by looking at it, but it’s never a bad idea to ask your veterinarian, as they’ll point you in the right direction and provide solutions.

How long do leopard geckos live?

On average, leopard geckos live for 15 years in the wild. When they become pets, the time frame for surviving becomes expansive, ranging from 6 to 20 years.


Growing with Your Gecko

Geckos are a ton of fun to have as a pet, especially for children. They are a wonderful pet for teaching responsibility because they don’t require much care or handling.

Whether you’re a child or an adult, it won’t take you long to fall head over heels for your new leopard gecko.

I fought my daughter tooth and nail when she was begging for a gecko of her own, and as soon as he came home, I was in love.

Leopard Geckos Toes Look Blackish Purple — What is Going On?