The Canis Panther dog is considered to be one of the most special hybrid of all because they did not just come from two breeds, but from four breeds.

The Canis Panther dog is composed of the pedigrees of a Doberman Pinscher, Labrador Retriever, Great Dane, and American Staffordshire Terrier.

This special panther dog breed is a designer breed that was first developed in 1970s by a group of fanciers in Chicago, Illinois who wanted to build a dog breed that is not just loyal and loving, but highly protective to its owners.

The Canis Panther dog is a very rare, designer breed that is known to be highly protective of its family. They need a lot of firm training and socialization to diminish their aggressive instinct to attack other animals and people. They react to negative vibes and emotions, therefore, a peaceful home with calm owners and a tranquil environment works best for them.

The Canis Panther dog is renowned as the “Ultimate Protector” due to its authoritative figure and physique. But these dogs also have a sweet side.

They are willing to jump into any situation just to protect their masters at all cost.

They are very intelligent, affectionate, loyal, and devoted to its entire pack or family.

They are also known to be outgoing, energetic, and playful. 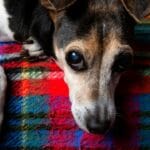 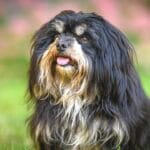 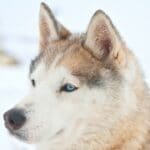 The Canis Panther dog is a territorial breed as well.

They can be safe around kids too especially if they used to live with them at an early age. Their instinct is to shield the entire family in the household they live in especially from suspicious strangers.

It is also important to remember that the Canis Panther dog is not comfortable with new people they barely socialized with and they can be treated with hostility.

Yes, they can be aggressive at times, more often when they feel like their owners are threatened.

Some people acquaint them to Pitbull Terriers because of their high level of aggression and brawny build.

Canis Panther dogs are also highly sensitive to their surroundings and relate to emotions. They react to crying babies and screaming.

In general, the Canis Panther dog needs a peaceful home without environmental triggers.

They can express themselves well when they feel like something is not right.

The numbers may vary from one panther dog to another, but these are average measurements.

The Canis Panther dog can live from 10 to 11 years.

The Canis Panther dog is a low maintenance breed and you do not need to see your pet grooming service provider more often. Their coat is short and is self-cleaning.

However, they have to stay indoors especially during the winter season because their coat is not meant for that kind of temperature. They do not do well in cold climates.

Furthermore, you can still give them a weekly brush to reduce or remove their dander.

Their shedding is minimal to average. Most of them are just dead hair.

They need a lot of exercise too.

One of the best features of this panther dog is that they are not known to have dominant illnesses or conditions as they age up. They are a tough breed.

At their very young age, they must already be trained for obedience and also with frequent socialization so as to eradicate their aggressiveness towards other pets, animals, and strangers.

Above all, make sure that their environment is not surrounded by triggers. It is your responsibility to know which set your canine off and ensure that the place he is living in is not one of them.

Firm and consistent training is highly necessary for a Canis Panther dog because they have a dominant personality.

The Canis Panther dog can be very aggressive towards strangers and even react to a slight negative energy or emotion.

They need a peaceful home, preferably a house without any loud noise and emotional triggers like a crying baby or other noisy pets. But the above mentioned can only happen if they are not properly trained.

They can be aggressive towards other pets. But they are also capable of living with other dogs who have personalities that are less than dominant than them.

Socialization can be vital, but a close supervision is important.

The Canis Panther dog can do well with raw diet such as vegetables, meat, salmon, some fruits except for grapes and prunes, and a lot more. They need protein-rich and meat-based foods.

If you opt to feed them commercial dog food, always make sure that the content has top of the line ingredients.

Do not just drastically change their diet or it can cause bloating and other gastric issues. Please call your vet first before you introduce a new diet to them.

The Canis Panther dog needs a lot of exercise on a daily basis to prevent them from being bored.

They are outgoing and athletic and therefore need a lot of hours to just roam around the yard, have long walks, do obstacle and obedience training, and a bunch of other mental stimulating activities.

If they get bored, they can be destructive. Make sure that they are given the right amount of physical activities throughout the day in order for them to

Since the Canis Panther dog has a short coat, it is important that they have an elevated bed with a thick memory foam mattress and orthopedic support. They need an elevation from the cold floor because they have a hard time in cool temperatures.

In terms of their collars, please do not use any type of shock collars even for potentially aggressive dogs, because they do not help at all. The Canis Panther dog needs positive reinforcement and can react violently with these shock collars.

Give them a thick or wide collar. That is usually enough. When you train them well while they are still young, you would not have to worry about covering their mouths.

You can also use a harness. It is safer for big dogs if you opt to have more control, but with no harmful effect to their necks and backs.

For leash, just use a sturdy and thick double-handed one.

The Canis Panther dog is dominant and they need a very firm hand to train them. Train them while they are young and be very consistent. If you are not the alpha leader and no one in your family can handle their dominant behavior, call for expert help as soon as possible.

Socializing and training them early is vital.

The Canis Panther is easy to train. They love being trained and stimulated with physical and mental activities. They are clever and can easily pick up training cues.

Give them more challenges but in a consistent manner. More importantly, as you train them with obedience, you should also practice those obedience cues everyday until they grow up so they can be used to following them and eventually make them a part of their daily lives.

It is highly called for to eliminate unwanted aggression that may arise in the future.

How do you know if a Canis Panther dog is showing aggression? They will either show their teeth and stand rigid, lunging and charging, snapping at someone, a threatening growl, and a motionless straight upward tail.

The Canis Panther has pure coat colors including black, chocolate, gray, and fawn.

This panther dog breed is far from being recognized by any kennel club because during their early development in 1970 by personal dog trainers Michael Stratten and Lucas Lopez, they did not receive a strong support making the Canis Panther dog a very rare designer breed.

However, as special as they are, they are not yet recognized by any kennel club. But they are registered at the Personal Protection Dog Association and the Dog Registry of America, Inc.

The Canis Panther dog can cost from $2000 to $5000. Panther puppies with top bloodlines coming from reputable breeders can cost up to 6000 dollars.

You can find Canis Panther dogs in rescue homes and they will usually release you with paperwork such as proof of transfer and ownership and other necessary adoption papers.

With regards to pet insurance, you probably won’t need them for the Canis Panther dog is a tough breed and they are known to be not prone to serious illnesses provided you are giving them the right nutrition, exercise, and care that they need.

The Canis Panther dog is a tough breed. They can grow old without encountering serious health issues. But this can vary from one dog to another though. If they came from a rescue home, chances are, they were not previously fed right.

It is always important not to miss any vet appointments to evaluate your dog’s health in general and prevent unwanted diseases that they might encounter as they age up.

The most typical illnesses that they can encounter are eye sores, ear infections, and bloating.

FAQ’s about the Canis Panther Dog

The Canis Panther dog is a loving and protective dog. Even if they are tagged as aggressive, they will only be harmful to others if they are not properly trained and socialized. Without adequate training as the puppy grows up, the tendency that they will bite can be high. However, a Canis Panther dog that is well-rounded and that received appropriate training is very unlikely to harm its family. They are even willing to protect them at all costs.

What will training look like with a Canis Panther dog?

Training a Canis Panther is easy because they are a smart breed. In nature, this panther dog breed loves to follow rules and they need a lot of mental and physical stimulation.

The trainer must be used to handling dominant breeds. Plus, they thrive in positive reinforcement. Start them early and make sure to continue the training until they grow up.

Like with all dogs, the top two reasons why they are destructive of properties are boredom and lack of exercise. If they do not get adequate workout, especially as an active and energetic breed, they will definitely find ways to entertain themselves.

Therefore, in order for your Canis Panther dog to adapt well into your home, you should also devote them some of your time for exercise, long walks, and a lot of mental games. Exhaust their energy during the day. Let them roam around the yard.

The Canis Panther dog is an exceptional, rare breed from a mixture of four different protection dogs. Despite their intimidating physique and their high aggression levels as guard dogs, they are loving and caring in nature.

They need a lot of exercise and training. They love to be trained, but training be done from puppyhood to adulthood to eliminate their aggressive tendencies.

In general, the Canis Panther dogs are very loyal, loving, and protective and they make a great companion and watchdog.