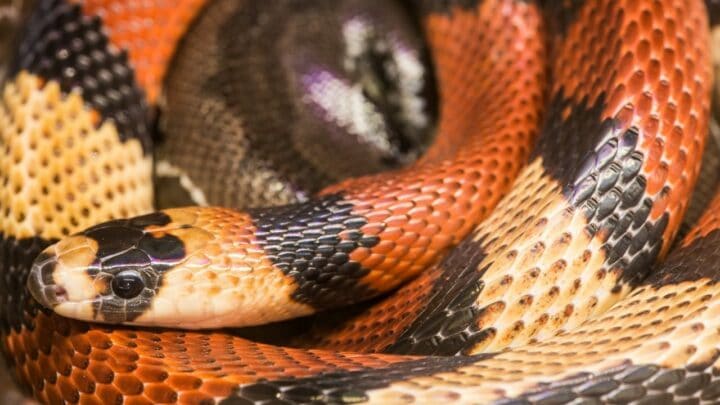 The world has so many varieties of snakes that it can be super confusing when trying to determine the diets of each species.

They all have diets that differ, and if you’re planning on keeping a snake as a pet, you’ve got to have a firm grasp on the best diet for the snake you plan to keep.

If you’ve been thinking about keeping a milk snake as a pet, you’re probably wondering what do milk snakes eat?

Milk snakes have the typical diet of a carnivorous snake, but their diet in the wild can look a little different than that of the one you’d keep captive.

What do Milk Snakes Eat?

Milk snakes are carnivorous snakes that love eating small rodents, birds, eggs, and on occasion, other snakes. They also will not hesitate to eat insects, amphibians, and small reptiles. When they’re first born, milk snakes like to dine mostly on insects, as they’re relatively easy to catch.

The Diet of a Milk Snake

A milk snake diet is relatively simple if you’re used to observing and caring for wild snakes or those born in captivity.

In the wild, milk snakes eat a variety of foods, and they hunt as often as they are able to when they’re hungry. 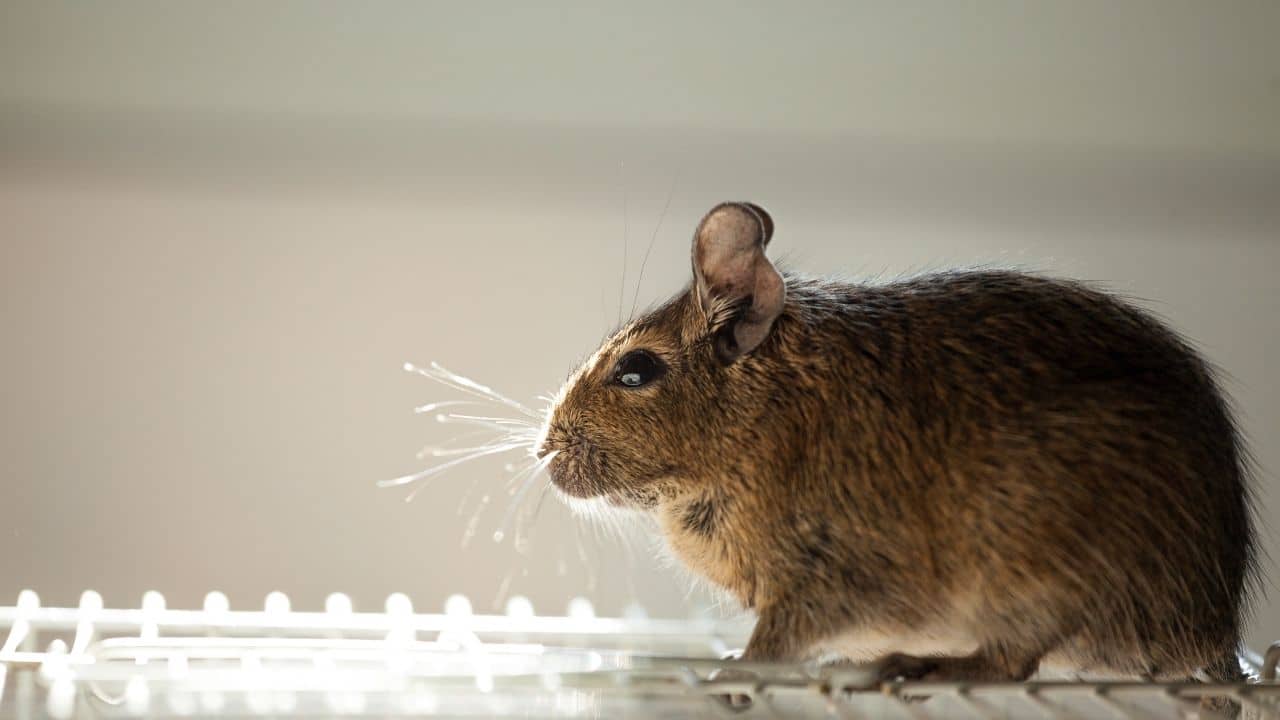 Milk snakes, both in the wild and in captivity, love to dine on rodents. Mice, chipmunks, and baby rats, in particular, are incredibly popular with milk snakes.

If the milk snake is on the larger side, it will be able to eat rats successfully.

In captivity, you can feed your milk snake rats if it’s large enough. Most people feed their pet milk snakes mice since mice are plentiful and relatively easy to purchase at your local pet shop.

You can feed them both live mice or frozen mice, but it’s much easier to feed them frozen mice. Watching one animal hunting another can be difficult for many people, even though it’s the circle of life! 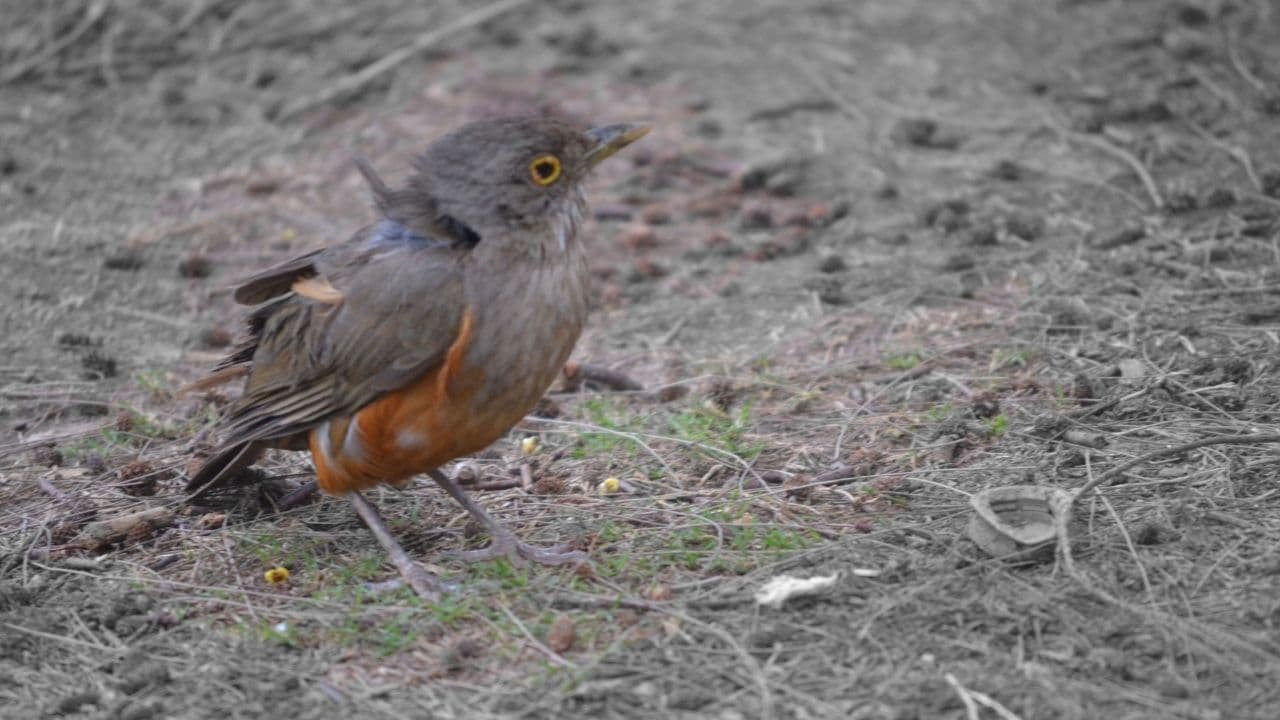 Milk snakes will eat birds if they can catch them! In the wild, it’s obviously much easier for milk snakes to find and successfully catch a bird.

There aren’t many people that legally own a milk snake that feeds it birds, for reasons that I hope are quite obvious.

To feed birds to a milk snake in captivity, you’d have to either feed them dead birds or supply them with a live one to catch.

Neither of those situations sounds fun at all, so sticking to rodents for your captive milk snake is your best bet. 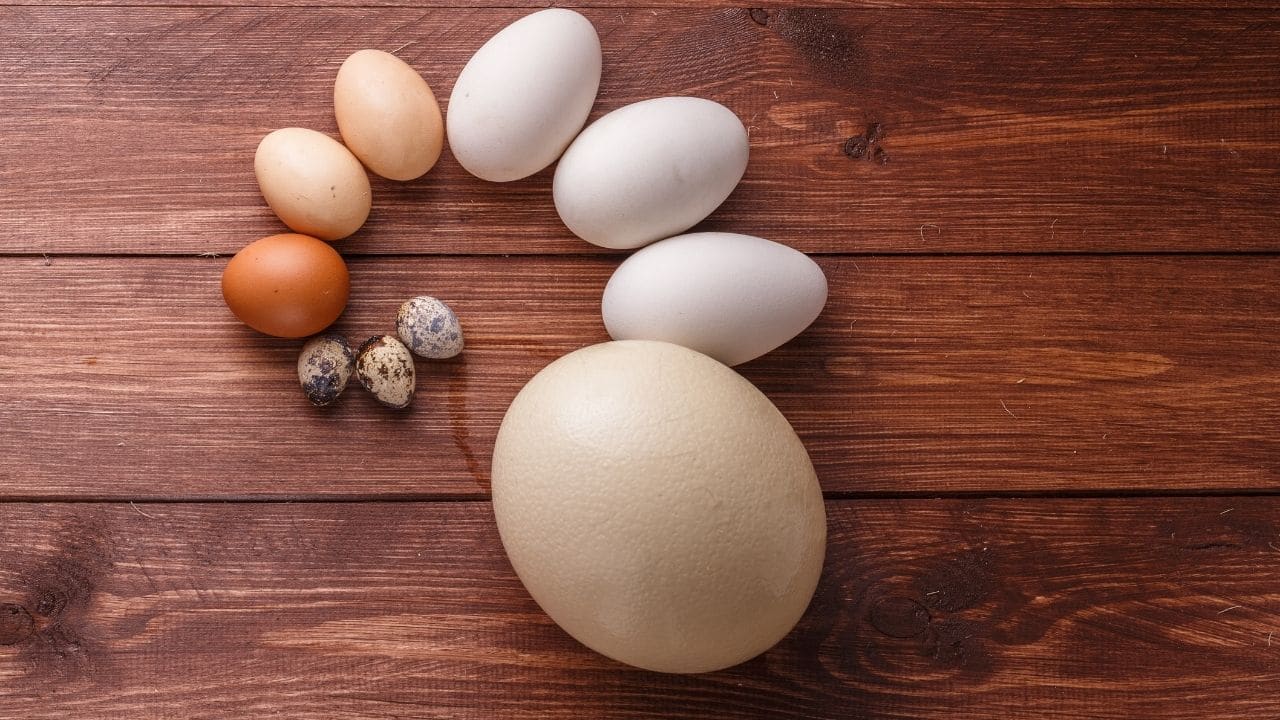 Milk snakes will eat any animal eggs that they can find and successfully swallow and digest.

They love bird and amphibian eggs, and won’t hesitate to eat as many as possible. 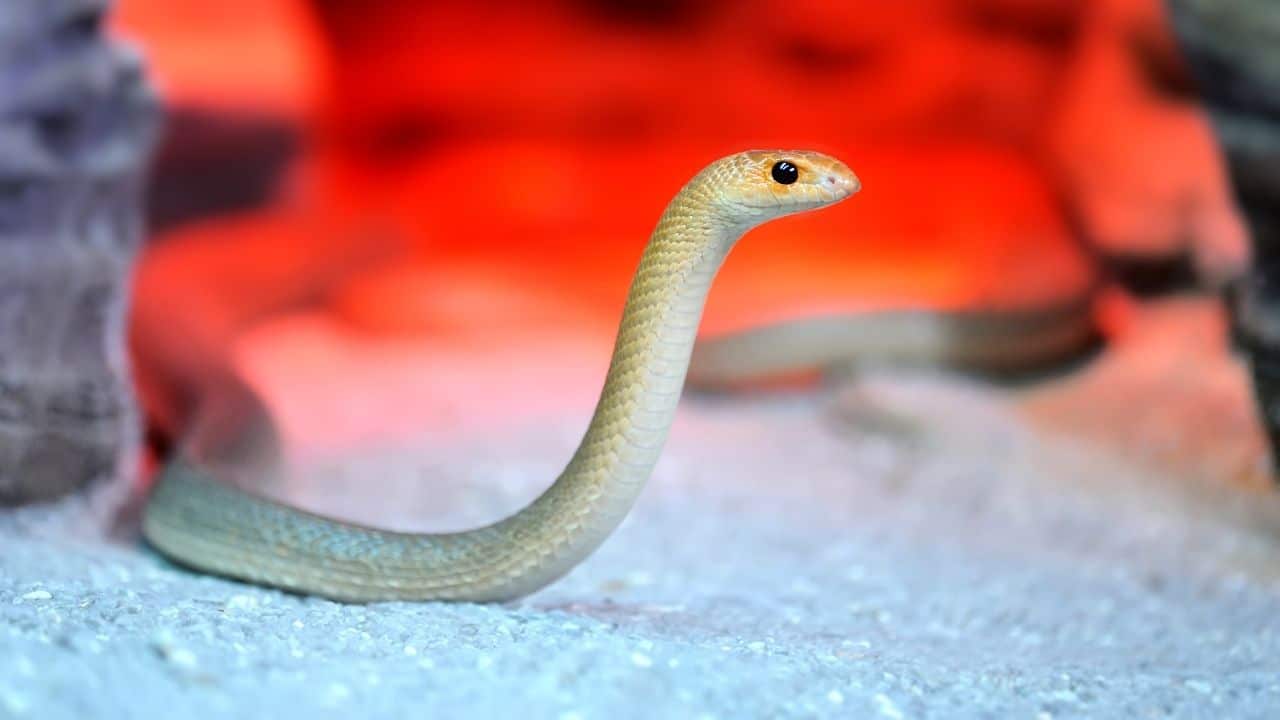 Carnivorous snakes often eat other snakes, and milk snakes are no exception to that rule.

They love to dine on smaller snakes, primarily if they come across other snake eggs or baby snakes. 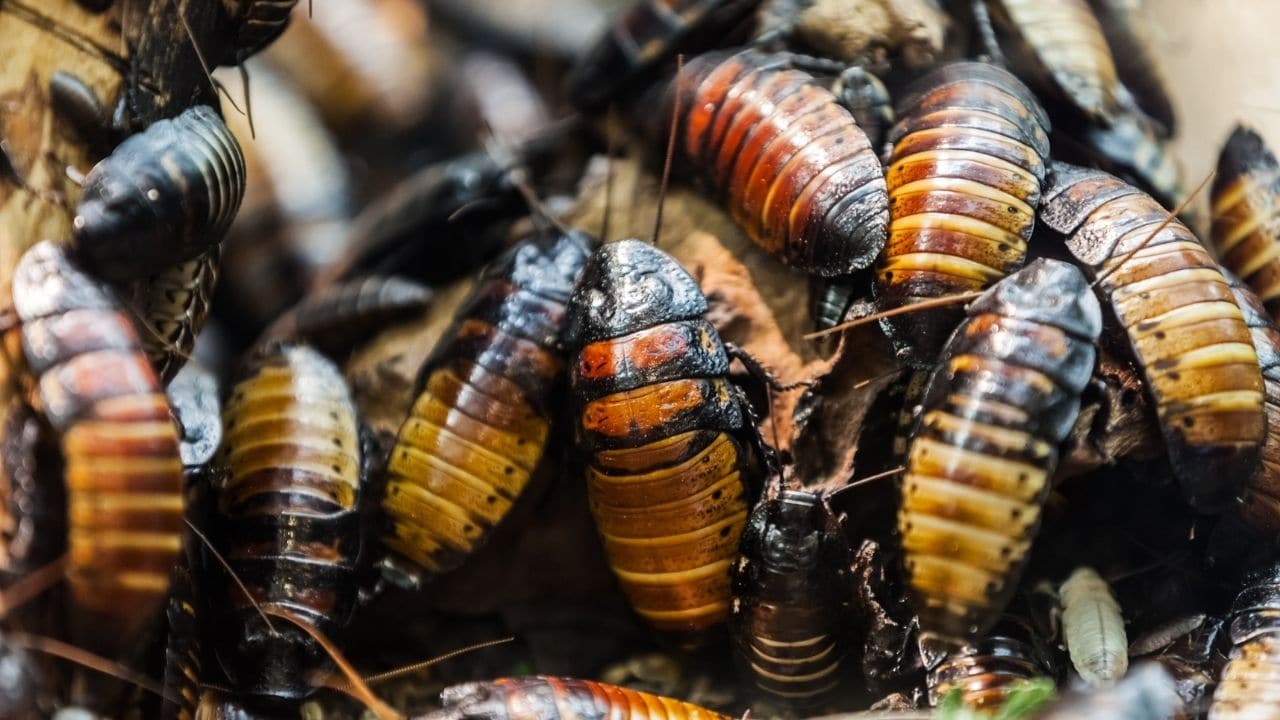 Baby milk snakes love to eat insects because they’re easy for them to hunt and plentiful. Insects are a great first meal for baby milk snakes!

Older milk snakes will hunt and eat insects as well, but not as often as the juveniles.

Insects are easy to come across and make a great quick meal for a hungry milk snake, but older milk snakes like heavier meals. 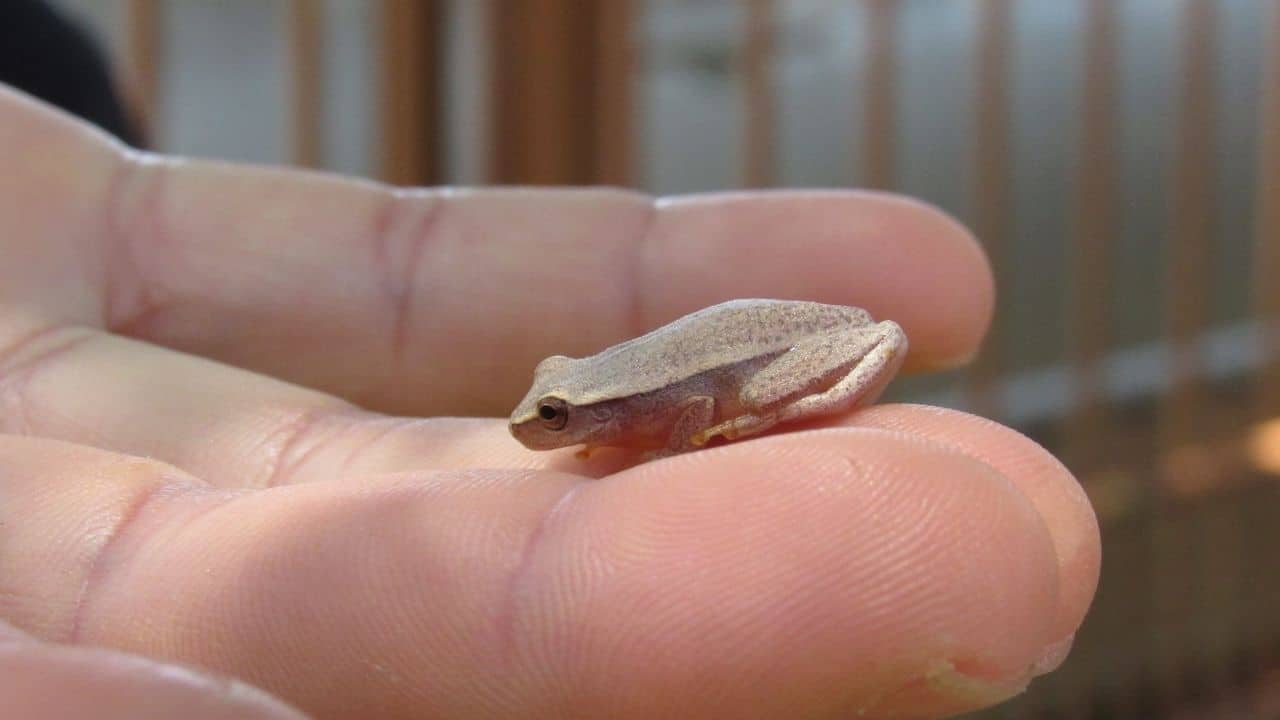 Milk snakes love to eat amphibians, and frogs are high on the list of delicious milk snake snacks.

Frogs are relatively easy for milk snakes to catch, and while they’re too much for babies to handle, adults are thrilled to fill up on them. 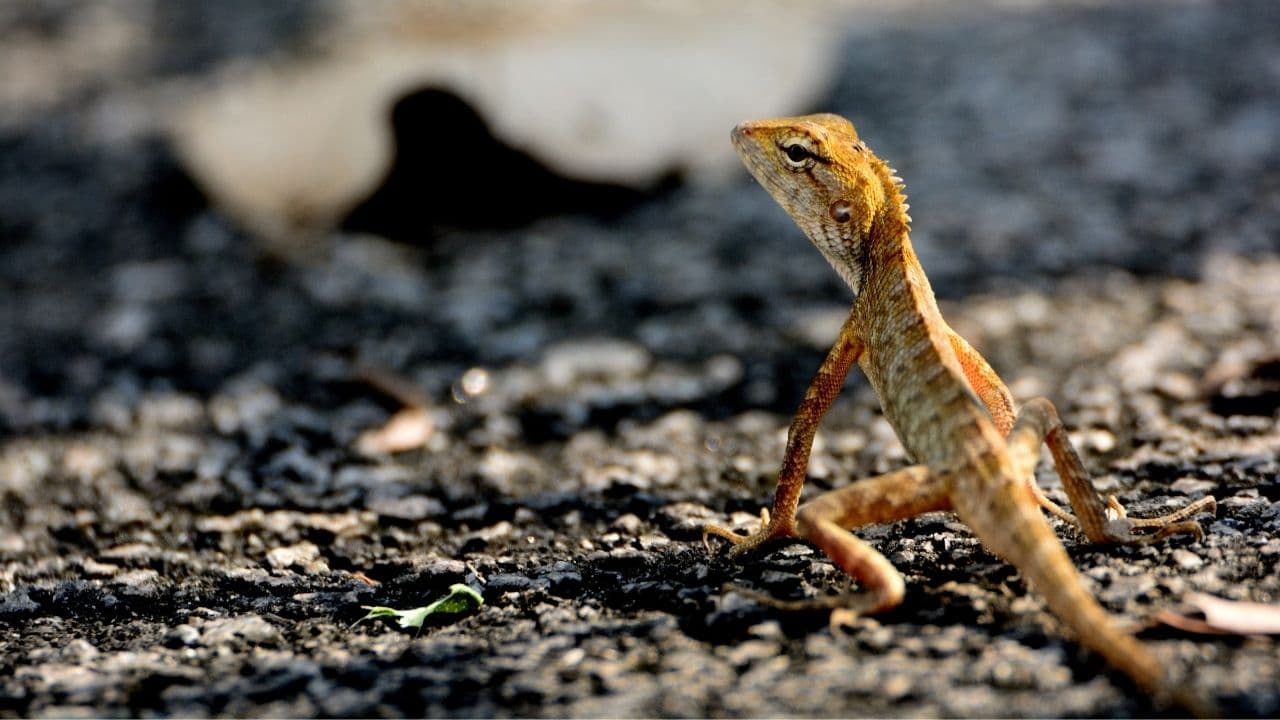 Small reptiles, along with amphibians, are popular meals for hunting milk snakes when they can catch and find them.

As much as milk snakes love to eat small reptiles, it’s not the highest food at the top of their meal list.

Both in the wild and in captivity, milk snakes prefer to eat rodents above all else. Even baby milk snakes, when given the choice between insects and pinky mice, will choose the mouse almost every time.

As a potential owner or a milk snake, you’ll want to consult a professional regarding their diet, but it’s likely that they’ll recommend starting with mice.

What is milk snakes’ favorite food?

Milk snakes love to eat rodents, both in the wild and in captivity. You can always find them dining on mice and baby rats while living free, so you can expect to feed them the same thing when keeping them as a pet.

Do milk snakes always have to eat rodents?

Milk snakes can eat a variety of foods in the wild, but in captivity, it can be difficult to vary their diets depending on what is available for them. Frozen rodents are easier to come across than anything else, and you can feed them live food if you’d like.

Feeding your milk snake is a relatively simple process as long as you do so with a little bit of guidance to start. They love rodents, but they will eat other foods, such as insects, in captivity.

In the wild, their diet varies greatly. Milk snakes are relatively docile and friendly, and it won’t take you long to befriend your new snake and find out exactly what they love to eat! 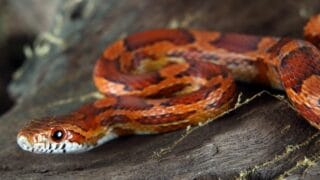 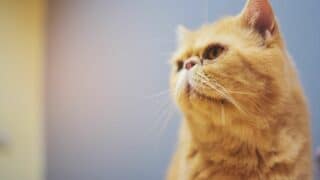