People that obsess over horses will tell you that they are all cute and beautiful in their own unique ways.

However, a few breeds stand out for distinctive features like their size, the texture of their coats, or their coloring.

I’ve compiled a list of some of the most inarguably adorable horse breeds that are found in the world today.

Ten of the cutest horse breeds from all corners of the world include the Falabella, the Bashkir Curly, the Akhal-Teke, the Haflinger, the Knabstrupper, the Gypsy Vanner, the Shetland Pony, the Arabian, the Percheron, and Friesian.

How Do these Cutest Horses Look Like, and Where to Find Them

With so many stunning horse breeds globally, it’s difficult to nail down a list of only ten.

However, in what follows, we’ll look at horses with particular, distinct, or just downright adorable features that set them apart from the rest. 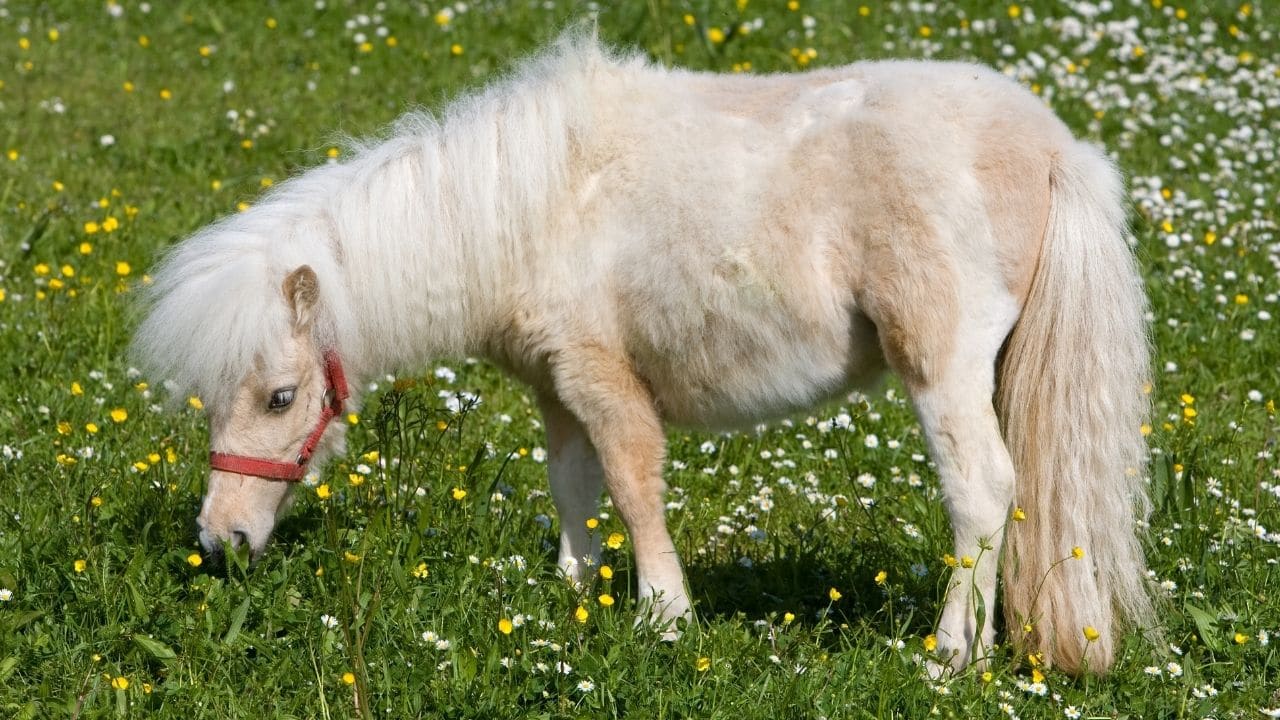 One of the smallest horse breeds in the world, the Falabella is an Argentinian miniature horse that measures an average of only 24 to 32 inches.

While these cute creatures are definitely not made for riding or working, they are popular pets often found on touch farms.

Given their friendly natures, they are also becoming an increasingly common choice of service animal for physically disabled persons. 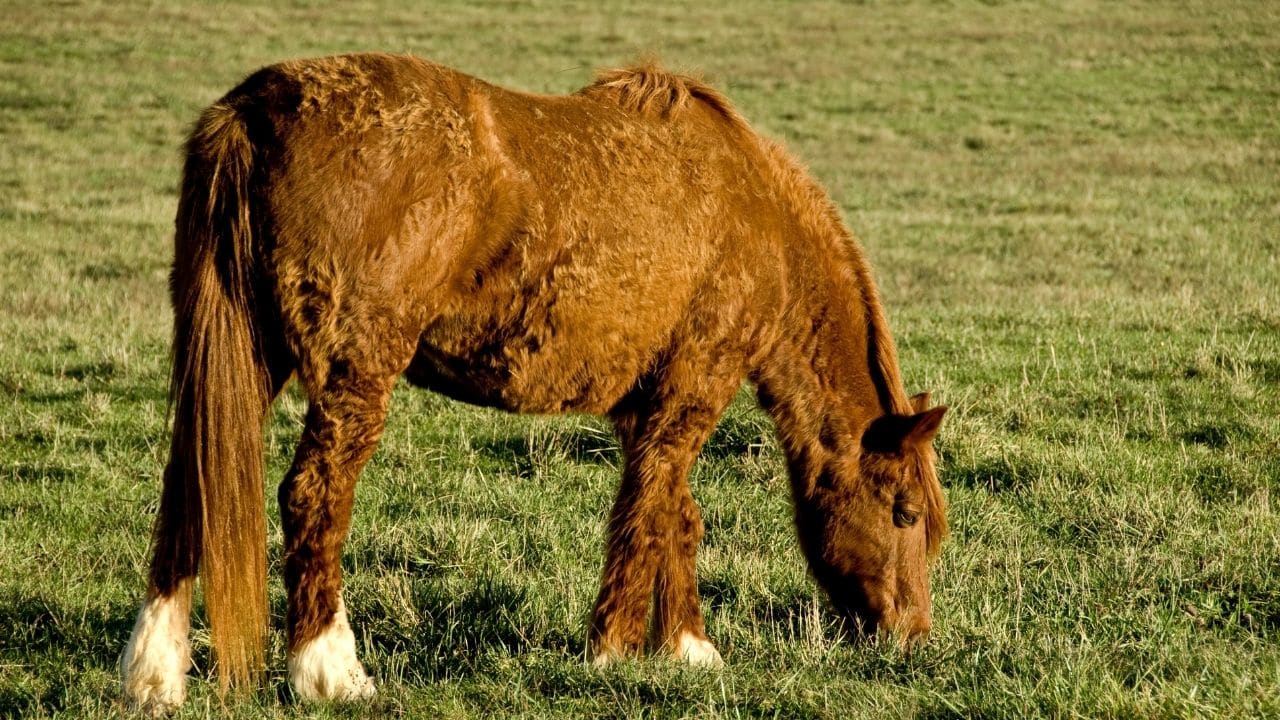 Hailing from the mountainous regions of Russia, Bashkirs are famous for their unique, poodle-like coats, which evolved to keep them warm during the harsh Russian winter times.

And if that wasn’t cute enough, their curls extend to their manes, with a heap of tightly wound ringlets cascading over their foreheads and necks.

A similar breed, the American Bashkir Curly, can be found in North America. However, no direct breeding link has ever been established between them and their Russian cousins. 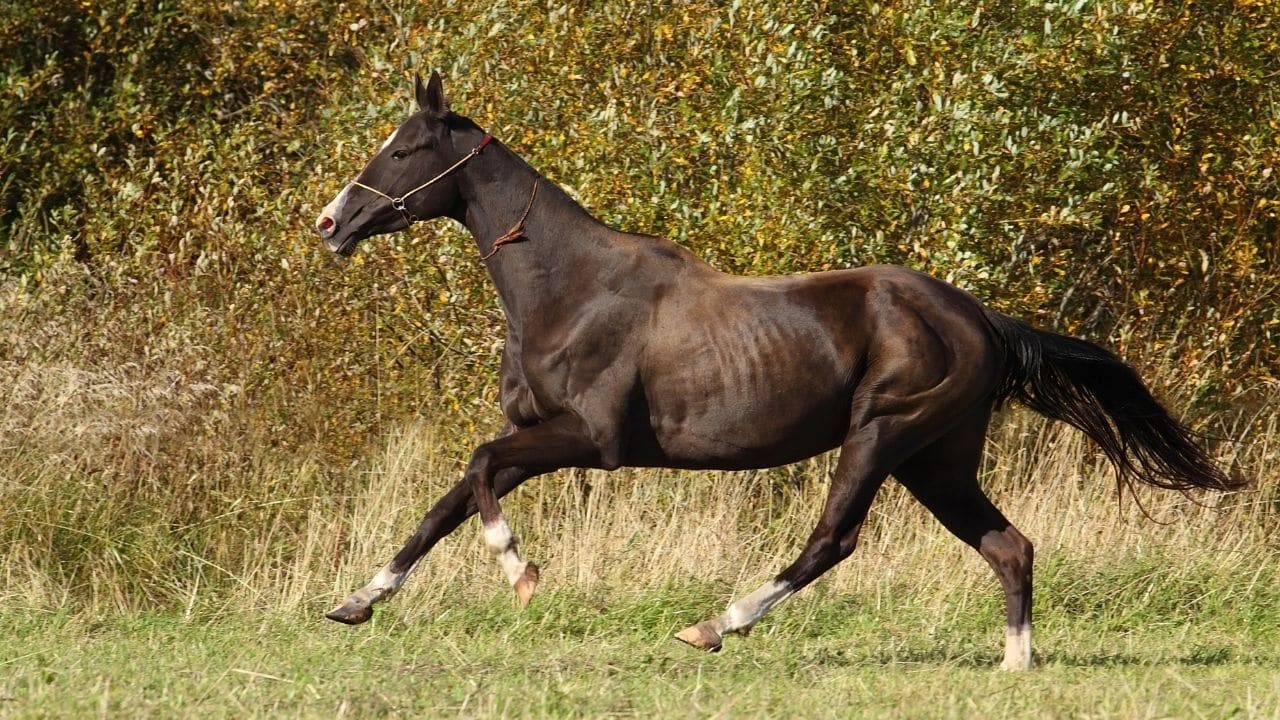 Also known as “golden horses,” these gorgeous equines were initially bred for their endurance and speed.

Consequently, a sleek, whimsical, fine-boned horse developed that would become known for the metallic luster of its coat.

These beauties are found in the deserts of Turkmenistan, but sadly, this breed is considered very rare, with just over 6000 in existence. 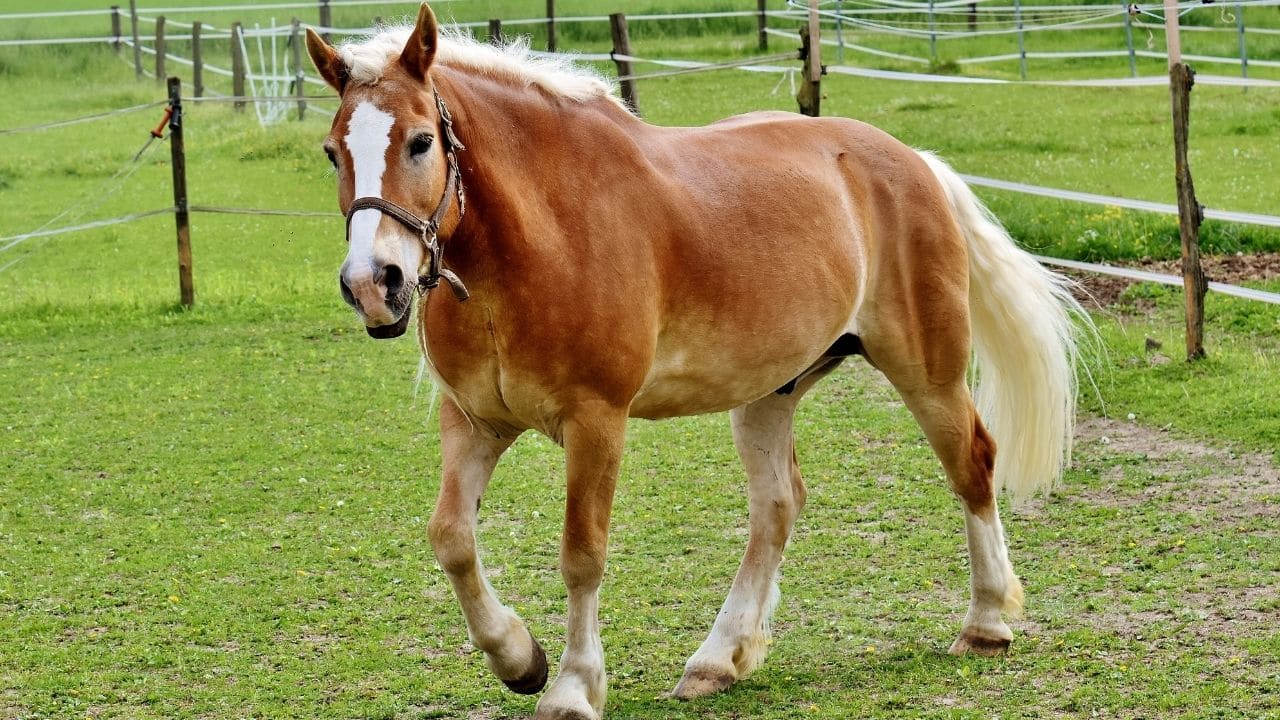 Ever heard the saying, blondes are more fun? The sweet Haflinger is known for its beautiful flaxen tail and mane set against a chestnut or red coat.

These popular horses are considered among the most beautiful horse breeds due to the juxtaposition of their coloring and their small but stocky stature.

They were bred in Austria and Italy from a combination of Tyrolean and Arabian genes. 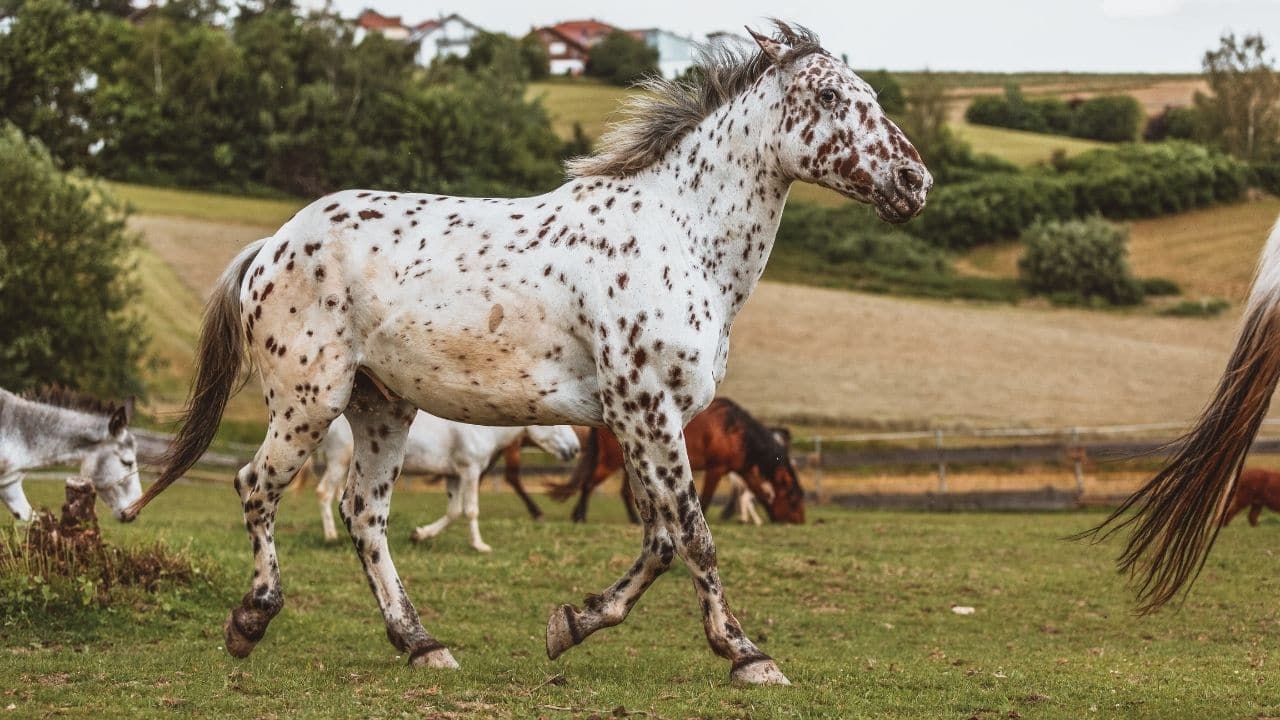 The Knabstrupper is a Danish horse breed that can be recognized by its spotted coat, resulting from a genetic disposition called “leopard complex.”

These dappled horses come in different sizes, ranging from 14 to 16 hands high, and the degree to which they are spotted also varies, with some being polka all over and others having more solid-colored coats. 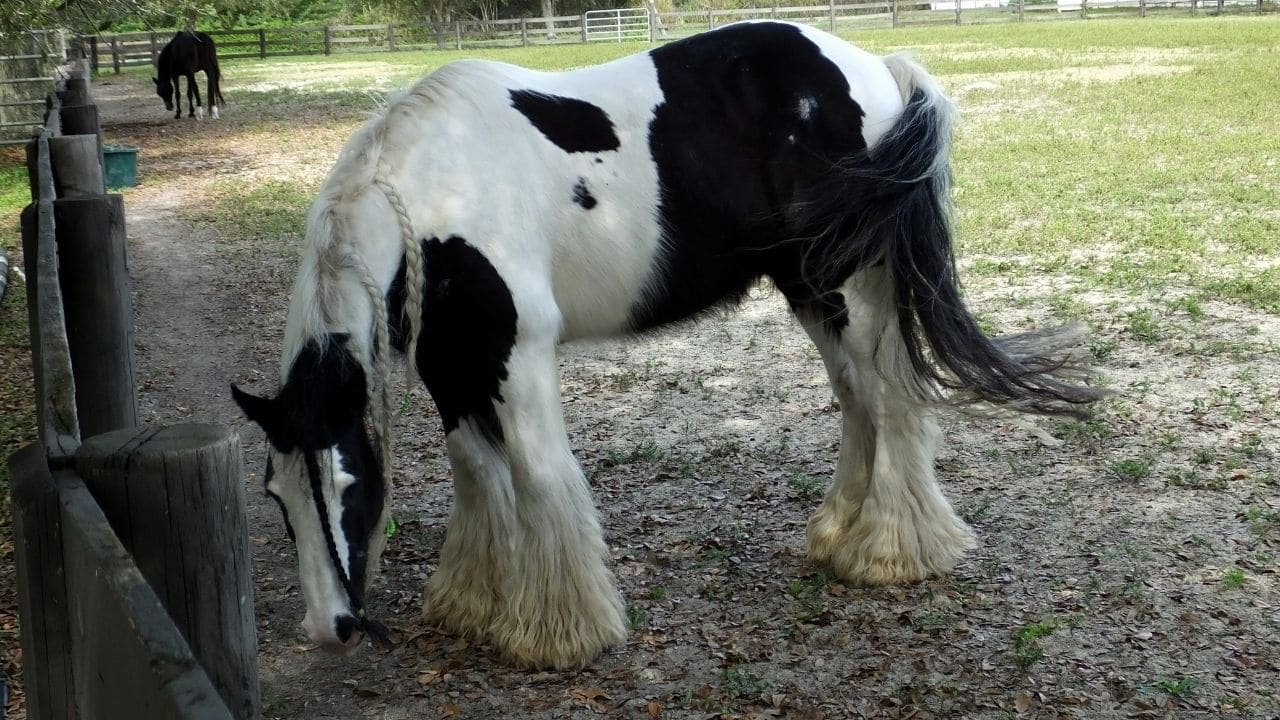 The youngest breed on this list is the gorgeous Gypsy Vanner. Most commonly found in Ireland and Great Britain, this stocky, sturdy, and surprisingly small horse usually has piebald or skewbald markings.

Their unusual build and fluffy feet land them a spot among the cutest horse breeds in the world. It’s believed that they’re descendants of the mighty Shire horse. 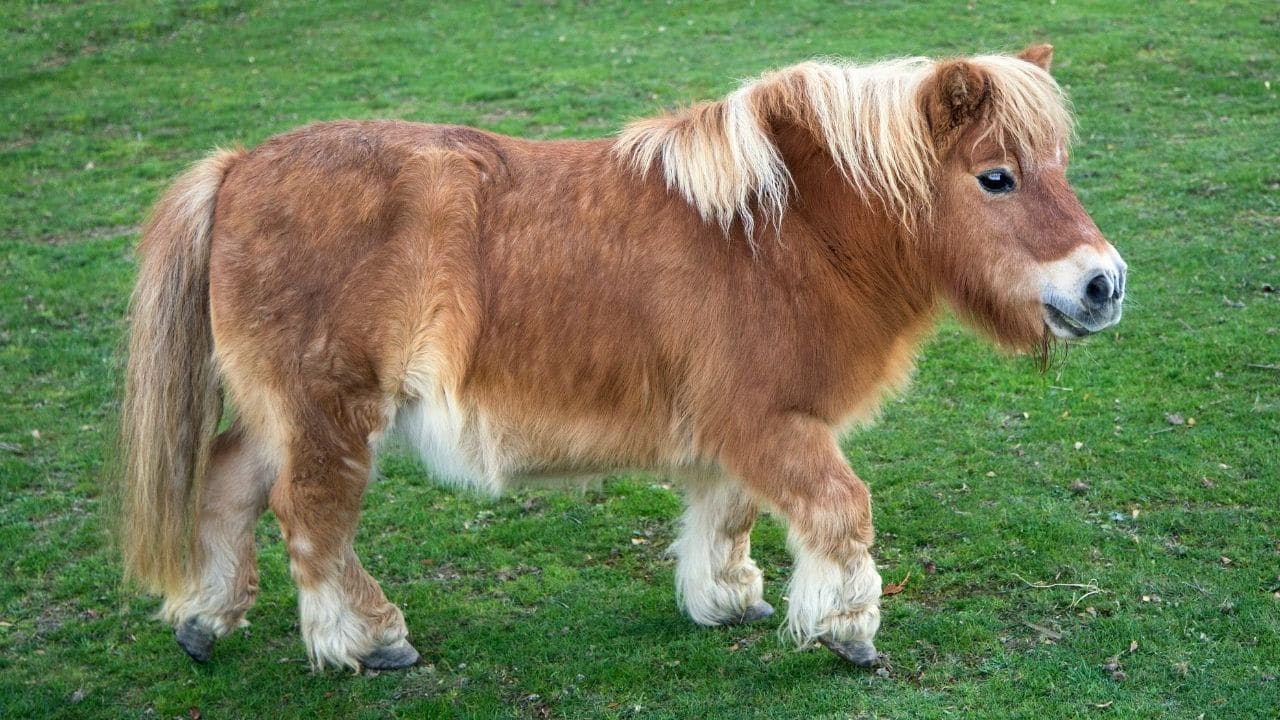 With a thick, heavy coat and short, strong legs, the Shetland Pony was initially bred in the Scottish Isles for pack and riding purposes.

They are known for their intelligence, friendly disposition, and surprising strength. This little pony is a mere 42 inches tall (107 centimeters), confirming that dynamites do come in small packages. 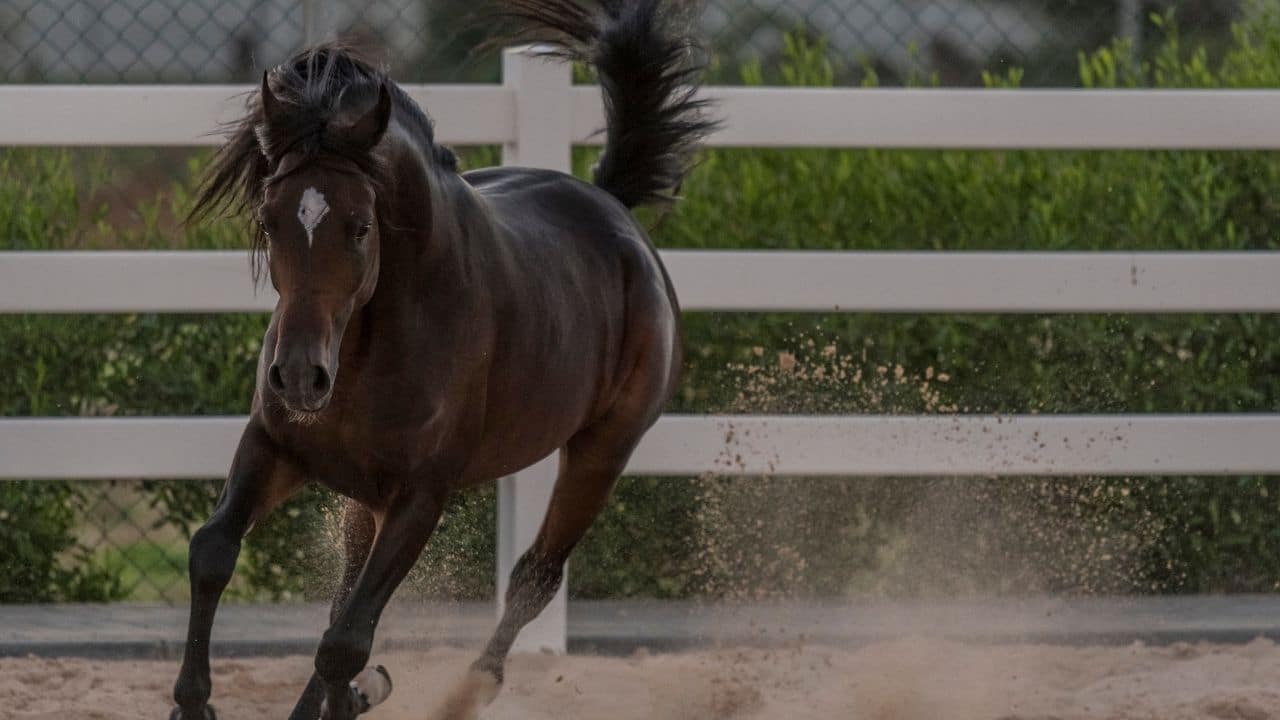 If there were a prize for “prettiest horse,” it would undoubtedly go to the Arabian.

Known for their beautiful narrow noses and wide-set eyes, Arabs are quite small in stature, usually only around 15 hands high.

They’re also part of the oldest known horse breeds, too. Their skin, which is black, developed to protect them from the harsh sun in their native Arabian desert homes.

They are usually solidly colored, in black, chestnut, roan, grey, or bay. 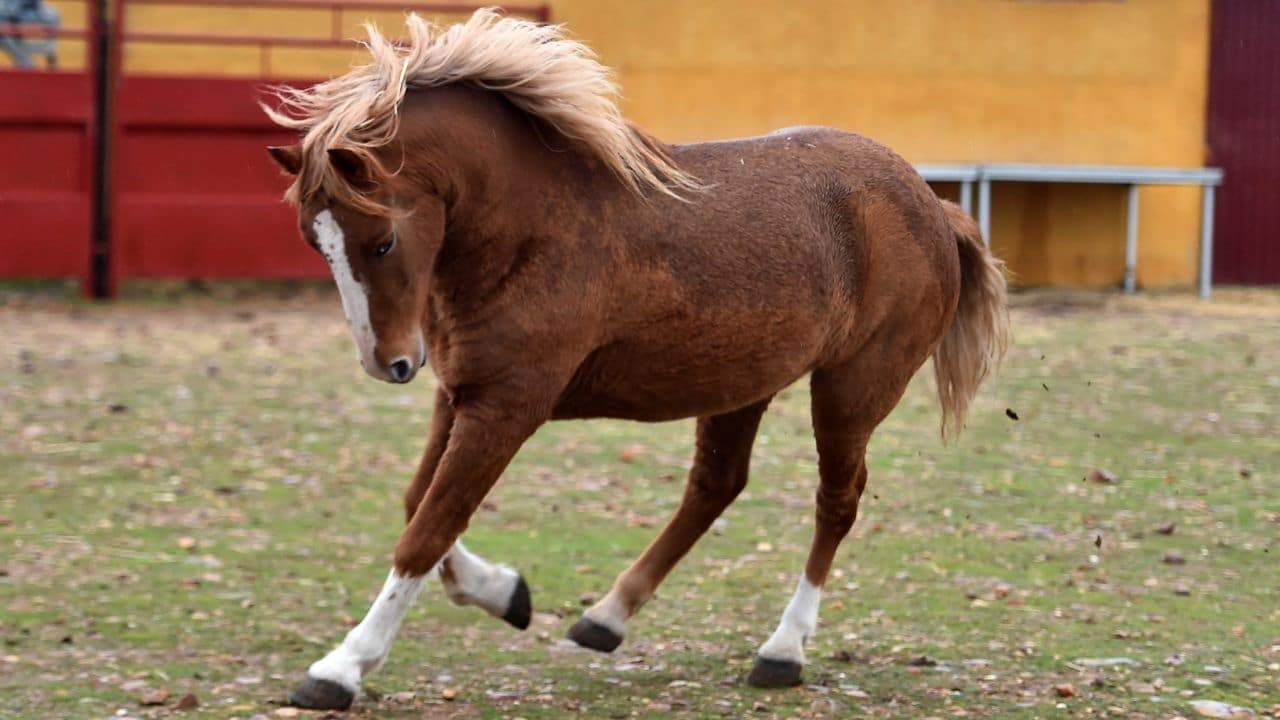 No list of cute horses would be complete without one gentle giant. The Percheron, which can grow to a record-breaking 19 hands, is famous for its good temper and adaptability.

In fact, these very horses were used as warhorses back in the day because of their even-keeled natures.

Studies have traced their origins to France, but little else is known about their backgrounds, except that they have been around for hundreds of years. 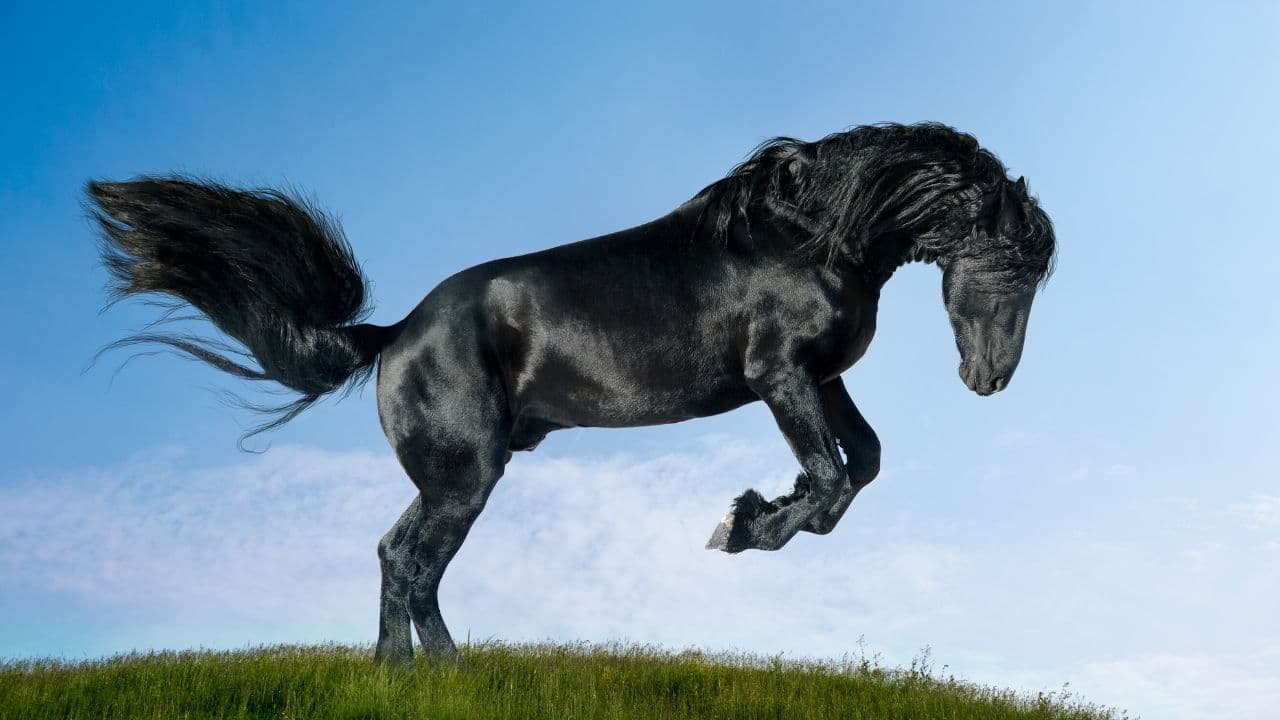 If there was ever a fairytale horse, it’s the Friesian. They are known for their distinctively glossy pure black coats and long wavy manes and tails.

Throughout history, Friesians have been used to transport royalty, pull carriages, and carry knights and warlords.

They have a particularly beautiful way of moving that complements their breathtaking appearance.

How long do horses live?

Generally speaking, horses can live for between 25 and 30 years, with proper care and consistent health checks. The oldest horse recorded to have lived long is 62 – a barge horse named Old Billy.

How do horses and ponies differ?

The critical difference between ponies and horses is height. Standard horses are usually over 14.2 hands high, while anything below that is considered a pony.

What’s the most popular breed of horses?

In the United States, the most popular horse breed is the American Quarter. These beauties are even-tempered, making them suitable for riders of any level, as well as being athletic and agile. They have the largest breed registry worldwide.

There are various reasons why people love horses. They are intelligent and caring animals that can develop special bonds with their owners while portraying distinct personalities.

These positive traits are made even better because many of them are also pretty cute, and if looks and character are what you’re after, the list above is a great place to start.

You can also read about how fast horses run and what horses do for fun to get to know their personalities better.