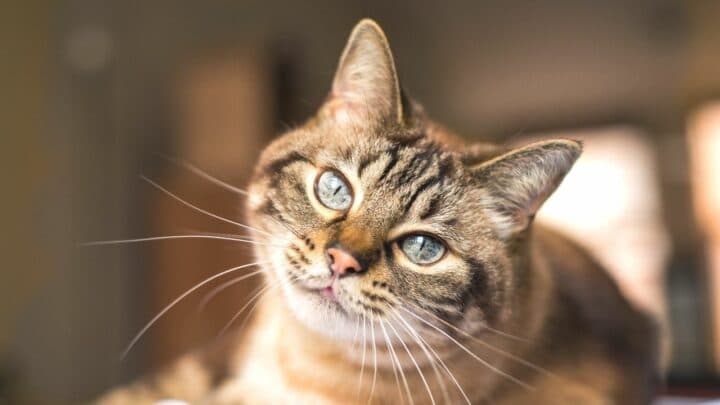 Feisty. Independent. Confident. These are some of the traits that commonly define a cat’s personality. And, though felines can act aloof, their boss-like character makes us humans entertained with them.

But what if your feline pal suddenly becomes clingy and needy? Does it immediately warrant a closer look?

Well, don’t panic yet. There are plenty of reasons that make cats clingy. Make sure to continue reading this article for you to find out.

Why are cats so needy?

More often than not, there are several reasons behind your feline’s needy behavior. Clinginess can mean that the cat’s hungry or a way of showing affection to you. However, a cat can also show its insecurity and boredom through clingy gestures. Other times, they’re merely needy due to habit. But, clinginess can also be a sign of something serious. Illness and emotional trauma can also trigger this atypical behavior, so it’s best to get it checked in case.

One of the most typical reasons behind your feline pal’s sudden clinginess is hunger. Though cats are more than capable of fending for themselves in the food department, that isn’t always the case when they’re living in a city.

As intelligent creatures, cats use this needy attitude to solve their food problem. Since felines living in urban settings can’t frequently hunt for rodents, they’re dependent on their hoomans for nourishment.

Since they’re not as outspoken as canines, a cat can hug and rub your legs constantly until you dole out some delicious meal to them.

Food isn’t always the reason behind a needy cat. Sometimes, felines want to let you know how much they love and adore you.

Since they can’t talk with words, cats use hugging and rubbing as their way of saying, “I love you.” Though it’s quite cheesy, these actions of theirs can become a lovely bonding moment between the two of you.

So, if your cat’s clinging to you for a display of affection, reciprocate at all costs! Otherwise, your cat may sulk in the corner and refuse to interact with you for quite some time.

Behind a calm and confident exterior, cats hide their most profound insecurities. This especially happens when felines encounter something novel to their eyes, such as a new environment or new peers.

Also, redesigning your home can trigger anxiety in your feline pals, hence the clingy behavior. Since you’re their most treasured human, cats treat you as their safety net, the one person they can always trust and feel safe with.

If you observe this sudden change in your kitty’s behavior, find out the root cause immediately. Regardless of what that issue is, be a keen observer of its actions.

Slowly integrate the cat into its new environment for familiarity. Once they’ve adapted to the situation, cats start exploring and playing in it without a care in the world.

If the first four reasons aren’t the answers you’re looking for, then perhaps your cat’s merely dying of boredom. After all, felines need lots of activity to expend their curiosity and pent-up energy.

Though most of the time, we spot cats napping, they can’t sleep all day, right? Hence, it’s always best to engage in quality playtime with your kitty for it to feel contented both physically and emotionally.

No matter what activity you choose to perform with your cat, the most important thing is it’s mentally stimulating.

Have you ever heard of conditioned response? If not, it merely means that it’s your feline pal’s habit to behave that way.

Think of it this way. Especially if you adopted an adult cat, chances are its previous owners spoiled it with too much love through needy gestures.

Since the feline’s used to being dependent and clingy, it carried over this behavior when you adopted him. Hence, the cat cozies up to you whenever it feels the need to.

Suppose you find this habit a bit bothersome on your end, not worry as you can still change it for the better. Teach the feline how you want it to behave, and when he performs it, reward him with tasty treats.

But, when the cat resumes performing the clingy behaviors, don’t overlook it at all costs. You can create a subtle warning signal like lightly stomping your foot, or you can withhold treats until he stops with the needy gesture.

If the other two methods don’t work, try to distract the cat instead. Engage him with a lively game as a form of distraction, making the kitty reduce or even forget his annoying behavior.

Though rare, a previously independent and confident kitty can suddenly become needy when it doesn’t feel well. Since it can’t tell you how it feels, it makes use of clingy gestures instead.

If you suddenly notice this behavioral change, it’s time to check it out with the veterinarian. Though it might be a little overboard, it’s always better to be safe than sorry later on.

Especially if they experienced abuse, chances are the feline will seek comfort from you. It’s like they’re trying to hold on to you and begging you not to let them go.

If you know about your newly-adopted kitty’s rough past, don’t rush in changing this behavior just yet. The best way to build the feline’s confidence again is by overwhelming it with your love.

Regardless of what strategy you use, be patient. Since emotional trauma’s deeply ingrained in their hearts, it’s quite challenging for cats to let go of such memory in an instant.

Hence, it always pays to be patient in helping your kitty turn around for the better.

How to tell if a cat’s too clingy?

Cat-loving persons generally have a good feel of a feline’s mood based on their behavior. They merely look at their gestures, and they already know what they mean.

But, for new kitty fur parents or those who want to try nurturing a cat, their clingy behavior can become irritating.

So, how can you say your feline pal’s extra needy? Take a look at the following and see if your cat’s doing some of them.

How best to address a cat’s needy behavior?

Of course, there is no fixed solution to addressing your kitty’s clingy behavior. Depending on many external factors and its personality, you might even end up combining a few methods to address the problem.

While some of them are already mentioned earlier, you can reinforce them with some other tips here.

First on the list, stop reacting to the feline’s every whim. Once or twice is considerable, but if more than that, it’s already bothersome.

Whenever the kitty displays this unwanted behavior, gently chide him. If possible, remove the cat from furniture or objects without saying anything.

Perform the strategy consistently until the cat finally understands your message. And, when he doesn’t return, reward the feline with delicious treats.

Second, completely ignoring the kitty might work wonders in his behavior. This is especially applicable when part of the cat’s needy behavior is scratching on doors.

In this method, keep the door shut if the cat continues scratching it. In this way, the feline will eventually understand that he can’t get to you if he performs that naughty behavior.

Lastly, you can try diverting the feline’s attention to more enjoyable activities instead of on you. Provide various mentally-stimulating toys if possible.

And, once you’ve successfully diverted the cat’s attention, try stepping out of the room discreetly. In this way, you’ll slowly build his confidence and reduce anxiety whenever he finds you not in the room.

Regardless of what reason your cat has for becoming needy, always be patient when dealing with him. As they’re also living creatures like us, it pays to give them the right love and respect as you would for fellow humans. 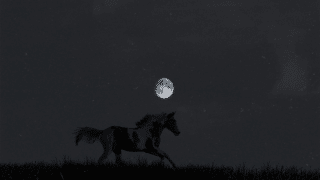 Previous
What Do Horses Do At Night - The Answer! 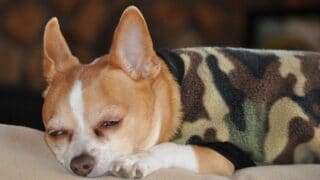