Chinchillas belong to the Rodentia order and are part of the Mammalia class according to Sandiego Zoo.

Breeding chinchillas is an exciting endeavor.

However, it does require careful planning and preparation for success. Ideally, you’ll eventually have a healthy mating pair and kits.

How to Breed Chinchillas?

To breed chinchillas, you’ll need to start with a healthy breeding pair. You should introduce them carefully, and then allow them to live in the same cage. Watch for signs of breeding or pregnancy. Before birth, remove the male chinchilla from the cage. 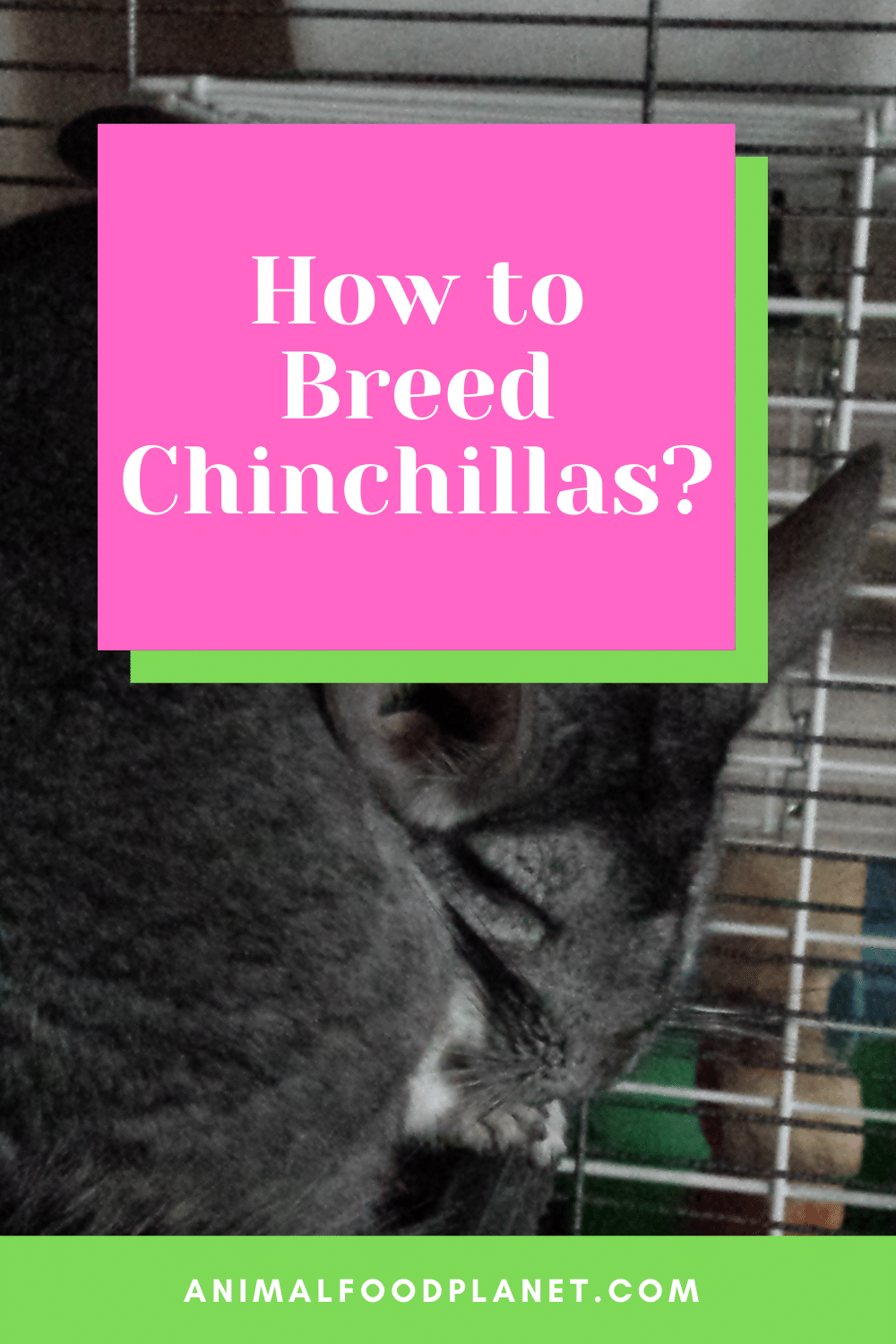 How To Breed Chinchillas

This looks to be the easiest part of the operation at first glance. You just pick a male and female chinchilla, right? This is a crucial step. If either animal is unhealthy, or they are not compatible, the kits can be deformed, or not survive to maturity.

When selecting a breeding pair, they should be at least 8 months of age, and preferably one year or older. There’s a myth that older females can’t breed. This is untrue. Even if a female is several years old, she is still capable of breeding.

The first, and most obvious consideration when choosing a breeding pair, is health. Unfortunately, health issues are not always apparent. Malo is just one health problem that may not be apparent until a chinchilla is several years old. If it is bred, it will pass the disease to its offspring.

It’s best to only breed pedigreed chinchillas. Choosing chinchillas with a pedigree is helpful. A pedigree will allow you to check the health of the chinchillas’ lineage, and ensure that inbreeding is not occurring. 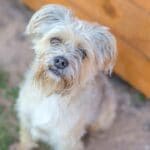 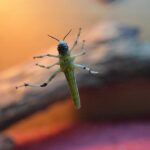 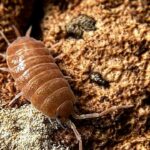 This applies even if the chinchillas are different colors. For example, breeding brown and black velvet has the same outcome as breeding two black velvets.

4. What to Breed For

The last factor when choosing a breeding pair is deciding what traits you are seeking in the kits. Perhaps your goal is to produce large chinchillas or a particular fur type. Choose a pair that has the traits you want in your kits.

The breeding process begins by introducing your breeding pair. Then, you’ll need to monitor them for signs of breeding and pregnancy.

Females are bigger than males. She can be aggressive and hurt the male if she feels threatened. You can introduce them in two ways.

You can have two cages and place them close to each other. This permits them to become acquainted without the threat of violence.

The other method is to use a large cage with a divider. Place the divider so the chinchillas are on opposite sides of it. 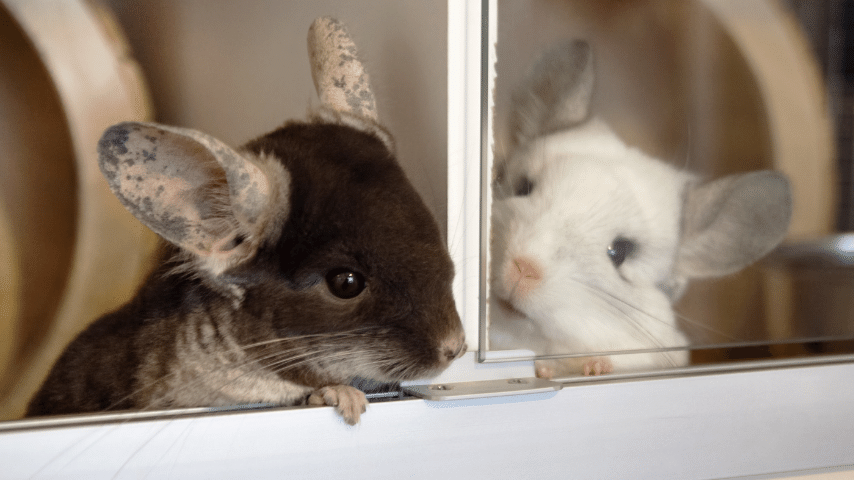 Ideally, the two will show an interest in each other. It’s best if they are spending time next to each other. As long as they aren’t fighting, you can move to the next step.

Allow them to play together. Be sure to supervise them. If they do well, you can then put them in the same cage.

The male will need somewhere to hide in case things go south. You should have at least two hides when they are sharing a cage. 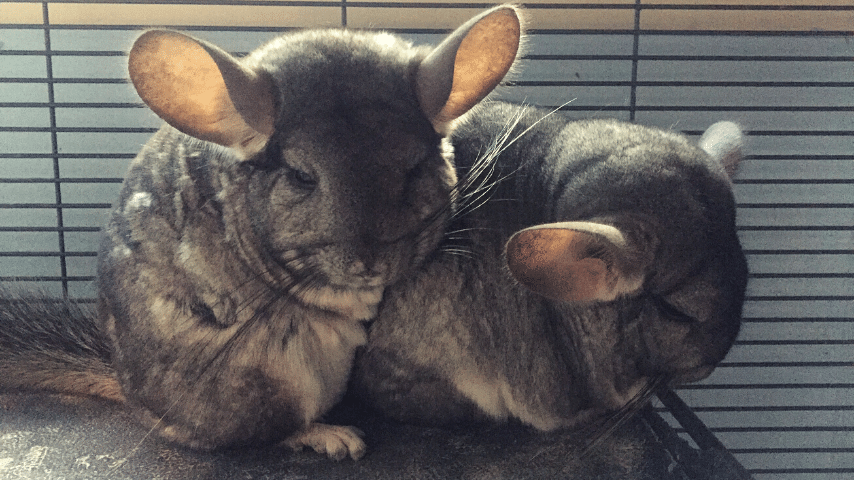 Chinchillas Spending Time Next To Each Other

Once your pair is occupying the same cage, they have the chance to reproduce. Female chinchillas have an estrus cycle that is 28 days long.

She will be capable of breeding for two days out of this cycle. It can take female several months to accept a mate.

You may need to try numerous males before finding a suitable mate in some circumstances. You can leave the pair in the same cage after breeding.

It can even be beneficial. In the wild, male chinchillas will remain throughout pregnancy and birth, and help with raising the kits.

However, the female can get pregnant in the days immediately after birth. This makes it important to remove the male before she gives birth, to avoid another pregnancy.

Even if you plan to breed her again in the future, having babies is hard on your chinchilla’s body. She needs time to recover before going through the process again. 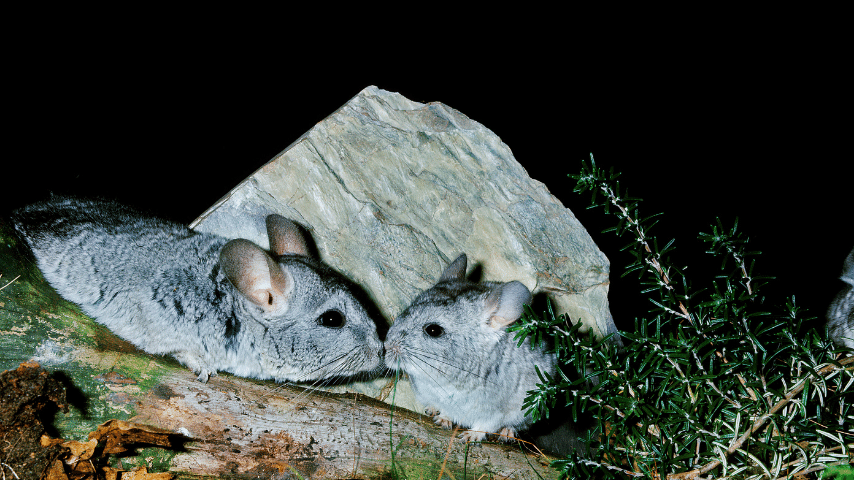 The signs of chinchilla pregnancy can be difficult to spot. The gestation period is 111 days. If you don’t catch the early signs, you won’t know she’s pregnant until she’s in the final few weeks of pregnancy.

It’s common for chinchillas to have surprise births, with the owner never even realizing they were pregnant.

One sign that breeding has occurred is fur in the cage. The male will pull at the female during mating, which causes her to lose some of her furs.

The female will then release a copulation plug when the act is completed. This is a waxy substance about an inch long. This is a certain indication that the two have bred.

During pregnancy, your female may sleep on her side. Her appetite will slow, and she will drink more water. On day 65, her teats will begin to get larger and pinker.

During the last few weeks, the kits may be visible inside their mother. 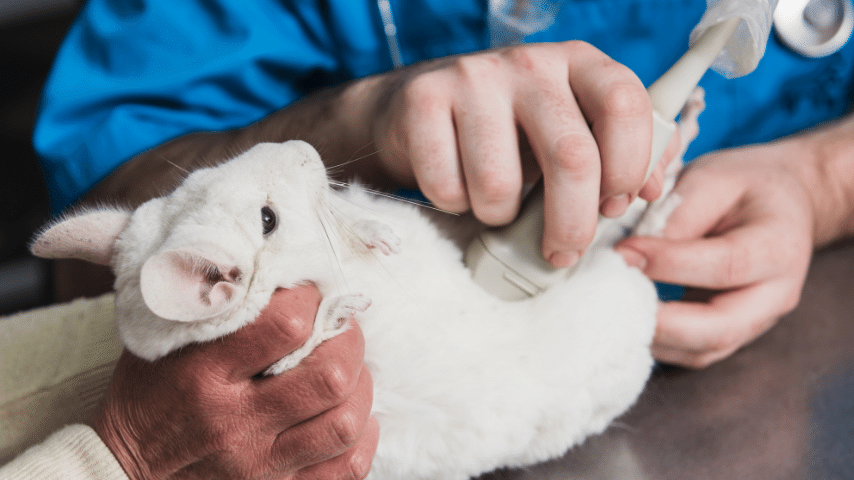 The entire birth process typically takes only a few hours. Chinchillas should be able to complete the process on their own. Feel free to observe, but don’t interfere. If she is in distress or labor stalls, call your vet.

Chinchillas can give birth at any time, The most typical time is early morning. The rupture of the amniotic bag is the first step, just as it does for humans. Once birth begins in earnest, she may writhe and make groans or other sounds of pain.

This part of the process should last about 30 minutes before a kit is produced. If it lasts for more than an hour, you should contact your vet. This process occurs for each kit that is born. Once the kit is born, mom will clean it. She may also nip the kit to stimulate their breathing and clear their lungs.

Placentas can come after each kit or all at once. You can expect her to eat the placenta after birth because it restores needed nutrients. 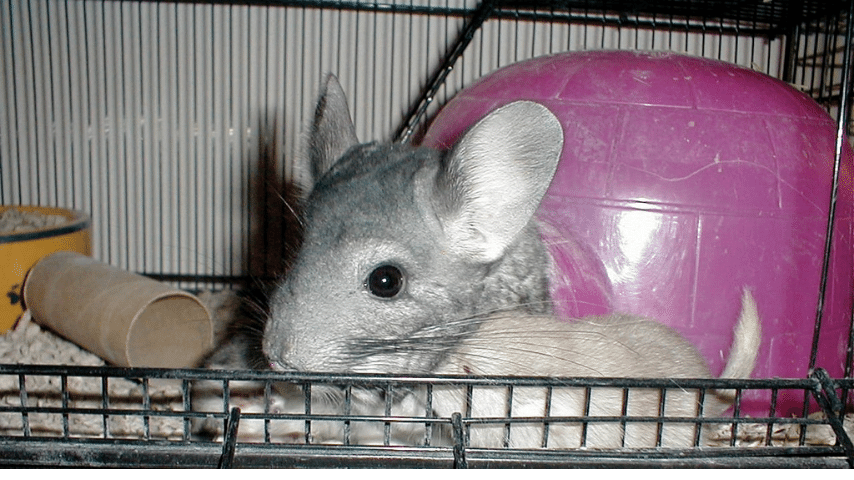 How Many Babies do Chinchillas Have?

Chinchillas typically have 2 kits per litter. However, they can have between 1 and 4.

When Chinchillas Breed, How Long Do They Take?

This varies greatly based on the pair. The actual breeding process occurs fairly quickly. You may miss the action. However, the female accepting the male can take weeks or even years.

If you are considering breeding chinchillas for profit, think again. Breeding requires significant expense and work. To make a real profit, you’ll need a herd of at least 100 chinchillas.

You now understand the fundamentals of chinchilla breeding. Be sure to choose a healthy and genetically compatible breeding pair. Introduce them slowly. Give them plenty of time to mate, but remove the male before birth occurs.