Read below to find out if turtles do cry out their hearts.

Yes! However, unlike humans, they do not cry to express their emotions. Turtles cry because they need to remove the excess salt in their body. Some turtles also cry to remove dirt from their eyes and to keep their eyes moist.

What Are Tears Exactly?

Tears are fluid released by the eyes. They have the same composition as saliva.

It’s majorly composed of water, as well as salt, fatty oils, and different proteins that could take up to 1500 in numbers.

The sample electrolytes in tears are sodium (which gives the salty taste in tears), bicarbonate, chloride, and potassium. It also contains calcium and magnesium. 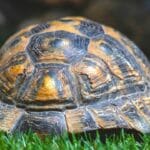 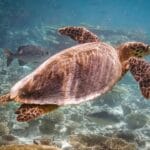 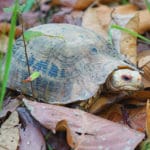 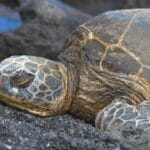 Are Human Tears Same with Turtles?

No, people cry because they are sad or hurt. According to Scientists, when people cry, their bodies release oxytocin and endorphins.

Why Do Turtles Cry?

Turtles are commonly found in salty waters where they drink and live. However, they need to excrete the excess salt that they intake because too much salt is poisonous for them.

That’s why turtles cry to remove the salt accumulation in their bodies. They have glands in their eyes used for the excretion of salt.

Humans excrete salt through urine, but since turtles cannot do that, they release it through tears instead.

Do Tortoises Cry Too?

Yes, like sea turtles, tortoises cry too but it’s for a different reason.

Since tortoises live on the land where it’s not salty, they don’t need to remove excess salt through their tears.

Instead, tortoises cry to keep dirt from getting in their eyes and to keep their eyes moist.

Crying protects the tortoises’ eyes from wind, dry climate, and other types of climate conditions.

However, this is not the case. Just like mentioned earlier, turtles cry to remove salt from their body.

Turtles do it anywhere and anytime, and it was just accidental that they saw female turtles crying while laying eggs. Tears are also more obvious to see on land rather than in water.

Turtles do not make a sound while crying but they make sounds during mating and other social interactions. Some turtles can cluck, hiss, and make high-pitched sounds.

These sounds are their way of talking to other turtles, and their expression of emotions.

They do not have vocal cords but they can produce sounds that people cannot hear.

Maybe you’re wondering how they can do that even if they do not have vocal cords. Well, they produce sounds by removing air from their lungs.

It was really interesting that people were able to capture images of butterflies drinking the tears of turtles.

This phenomenon is known as “lachryphagy,” which falls under mud-puddling.

Mud-puddling is an activity of butterflies and other insects to gather nutrients (like amino acids and salts) from moist substances such as wet soil, urine, dung, sweat, or carrion. Mud-puddling is different from acquiring nutrients from pollen and nectar sources.

Since turtle tears are rich in sodium, butterflies drink their tears to obtain this mineral that they are deficient in.

Some Fun Facts About Turtles

Do Turtles Cry When They Are About to Die?

Some people who saw turtles when they are about to die saw tears from their eyes. This was unclear though if this was because of their need to release salt or if it was because they are sad.

Yes, besides butterflies, moths and bees are known to drink turtle tears. They also do this to get sodium and other minerals from the tears.

Turtles cry because they need to remove the excess salt from their body. This is because too much salt can be deadly to them.

Crying is also an efficient way to keep their eyes wet and to remove dust from reaching their eyes.